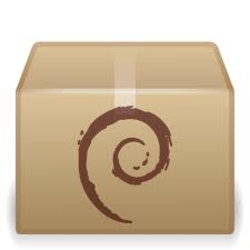 In this tutorial I will try to teach you how to use the the dpkg package manager for Debian, a tool that is used to install, build, remove and manage packages in debian or debian based systems.

This tutorial is for people that like to work from the command line because dpkg itself is controlled entirely via command line parameters.

I use the dpkg tool to install .deb files in my Ubuntu machine, but unlike apt it does not automatically download packages and install their dependencies.

For me, dpkg is very useful when I need to install standalone deb files in my machine. But, what command is used to install .deb files with the dpkg Debian package manager?

Use the -i or –install long option to install the package in your Debian based system. You can also specify a directory with the –recursive option.

The following command does the same thing.

The dpkg utility can be used to list the installed packages on your system. The -l option can help you with that. Run the following command and watch the output displayed in your terminal.

The following command lists all packages installed on your system.

Make sure to run every command shown in this article with superuser privilege.  The above command will not work and the output shown below will be printed on your terminal screen.

But the following works.

I have so many packages installed on my Ubuntu 12.04 LTS machine that the amount of output generated by the dpkg -l command is so big it will take one hour to read.

If you want to get information if a specific package installed on your system or not you can use piping  which is used to combine command together in order to create more complex and useful commands.

The following combination is used to send the output of the dpkg -l command to the grep command. The grep utility is used to print lines matching a pattern.

After running the above command I get the output shown below.

If you want to uninstall packages by using the dpkg command line utility you risk to damage your system because dpkg does not handle dependencies.

I have alot of experience with this tool. I have broken many installed packages on my system by using the debian package manager.

For example, if you uninstall python on your machine packages that depend on it will be broken. Use the apt-get command line for uninstalling packages on your own system.

The following command will take care of dependencies.

The apt-get remove command will create a dependency tree and will warn you about the packages that will be removed. In the next part we will take a deep journey into dpkg and learn more complex stuff.