Few days ago was released Y PPA Manager 0.5, this great tool comes with some important new features: A GUI for settings, a repositories backup/restore feature, and  an option to scan and remove duplicate PPAs,  this last one only works for PPAs which are in separate .list files; it doesn’t work if you add the PPAs to the sources.list file. 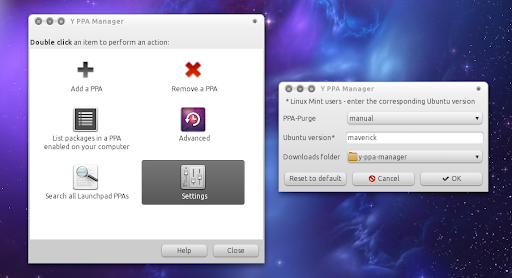 You can install Y PPA manager in ubuntu and LinuxMint using the following PPA: