More information about this release can be found in the changelog. 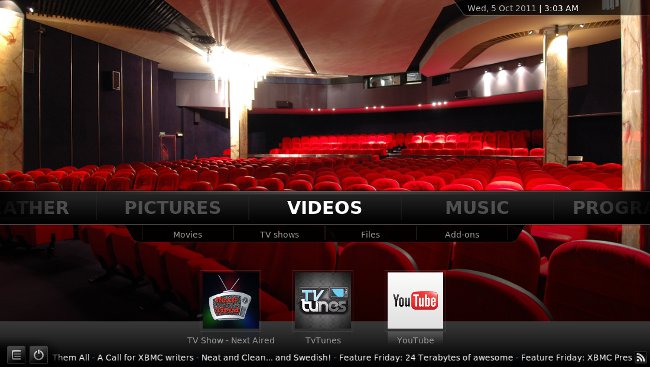 If you will install XBMC for the first time, add the following PPA:

If you have already a previous release installed in your system via the PPA above, you need just to upgrade:

For other Linux distributions, XBMC is included in their repositories, so you can install it from terminal