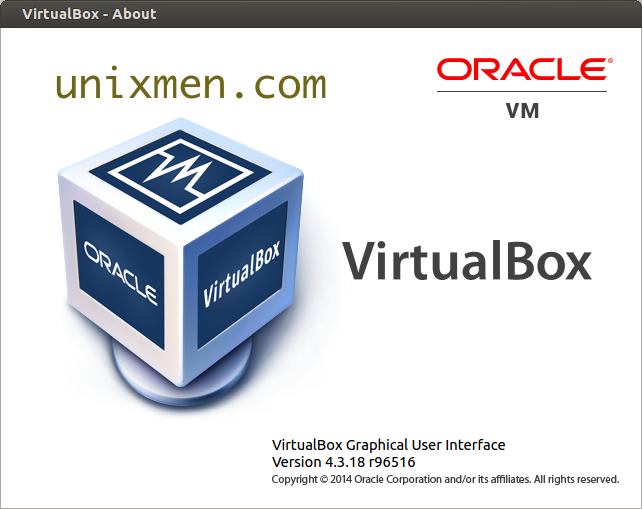 Virtualbox 4.3.18 has been released about three days ago, bringing many different fixes for major operating systems such as Ubuntu Linux, Windows and Mac OS X. The potential misbehavior after restoring the A20 state from a saved state has been fixed, virtualbox does not crash anymore in linux hosts with old versions of the linux kernel, a few remaining warnings in the kernel log if memory allocation fails have been fixed and the GNOME Shell on Fedora 21 is not prevented anymore from starting when  handling video driver display properties.

Thanks to this maintenance release Ubuntu users have now the possibility to use legacy full-screen mode under Unity without experiencing multi-screen issues. Another important issue related to Unity that has been fixed with the release of 4.3.18 version is the quirk  in full-screen mode Unity panels caused by mini-toolbar code changes in last release.

You can read the full list of fixes of this release below:

Virtualbox is a completely free professional virtualization solution available for Windows, Linux, Macintosh and supports a large number of guest operating systems such as DOS/Windows 3.x, Linux (2.4, 2.6 and 3.x), Solaris and OpenSolaris, OS/2, and OpenBSD. It is extremely feature rich, high performance product and the friendly user interface it has makes easy for everyone to use it.

How to install Virtualbox 4.3.18 in Linux

Since VirtualBox developers provide binaries for the biggest Linux distros it is not that hard to install it on your own machine. You can easily grab the Virtualbox product from the official page, a few terminal commands will help you to install it.

Once you have downloaded the Virtualbox deb package for your specific Ubuntu distribution, open a terminal (CTRL+ALT+T) and run the following commands.

First make sure to remove the old version of your Virtualbox with the help of the apt-get package manager. Use the following command.

Then install the new version.

Users of Oracle Linux 5 and 6 can update to the latest version of Virtualbox by using the public yum  repository and enable the el5_addons (OEL5) or the ol6_addons (OL6).

Then open a terminal and run the following command to install Virtualbox 4.3.18 in your machine.

First make sure to remove any older version. You can easily remove the old version of Virtualbox by using the following command.

Once the old version is uninstalled from your Fedora machine, use the rpm package manager to install Virtuabox 4.3.18. The yum install command can help you to install local rpm files in your Fedora system.