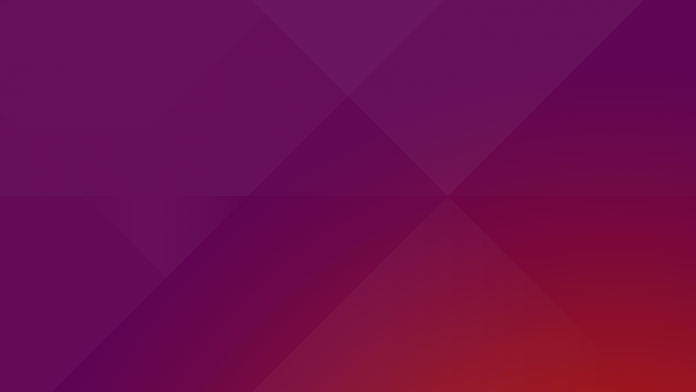 By the time we had a chance to review Ubuntu 15.04, the final release date had passed and it had already shipped. But it’s important to point out that our final review is based on a Beta release. However, the tasks that we threw at the latest iteration of Ubuntu, were easily completed without any major issues.

The boot process of Ubuntu 15.04 was great. Even when running the operating system in Live mode, it is so responsive that you could be forgiven for thinking that it was physically installed on real metal. Read below, for a bit more of an in-depth glance at what we think of Ubuntu 15.04. 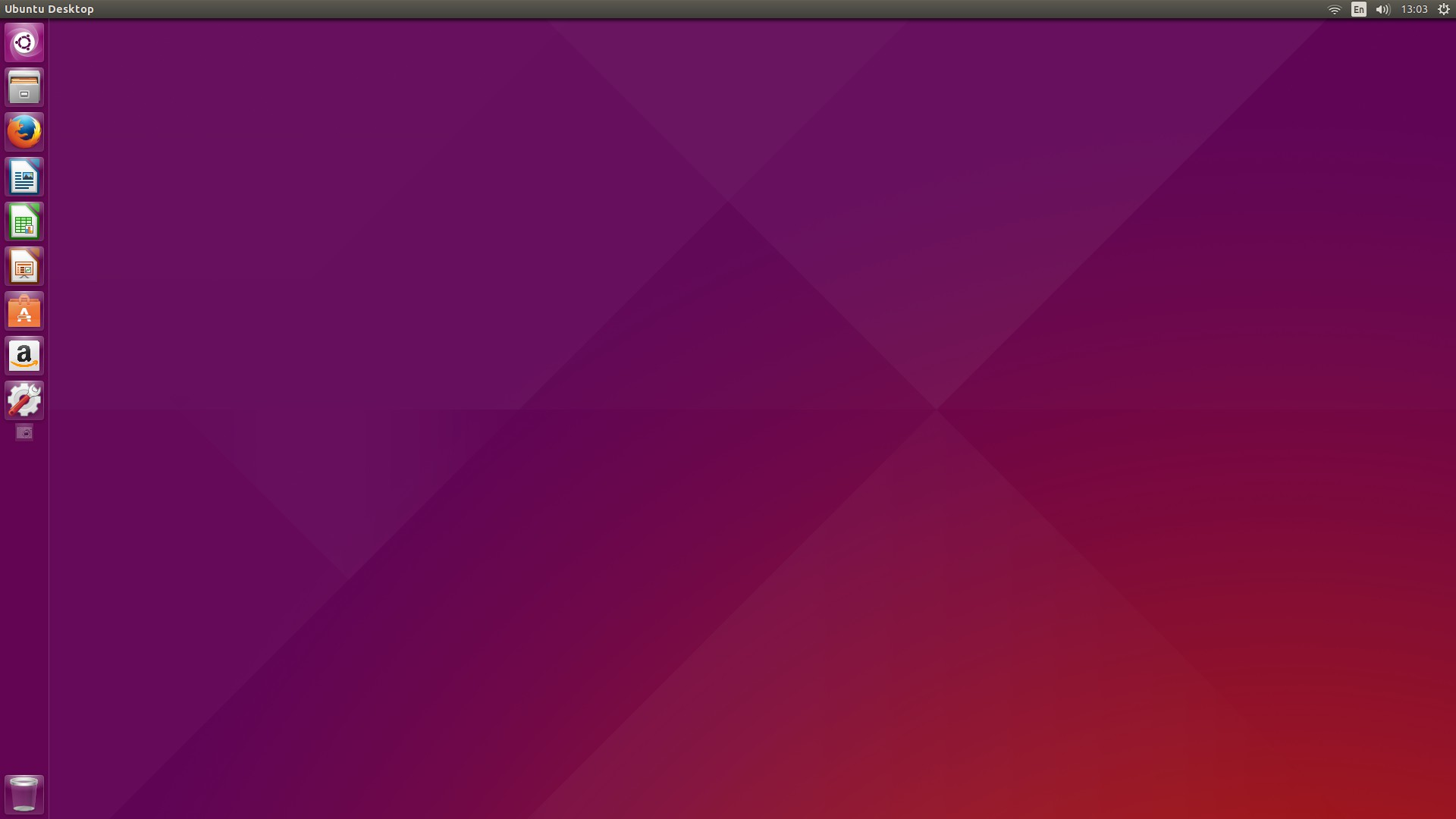 We tested 15.04 with the XFCE desktop environment. It’s clean, simple and responsive on even slower older system specifications. Unless you really love or have a specific requirement for the Unity desktop, stick with something more traditional such as XFCE and you can’t go wrong.

On a daily basis, we have become accustomed to the use of Linux Mint here in the office. Nautilus file manager that is included in Ubuntu feels somewhat limited in comparison to Caja file manager. Still, it does the basic roles of graphical file management just fine. However, the absence of the BACK arrow button still makes no logical sense to us.

We did perform some testing using the Ubuntu native Unity desktop environment. It still feels too bloated. In fact, we feel it gets worse with each release. It’s not that its response times are slow or laggy in any way. It simply feels very cluttered with lots of unnecessary bits and bobs that offer nothing but another obstacle for the user to maneuver the mouse cursor around. We stand by our recommendation of using something much more traditional.

We also had some issues with Global Menus in Unity. They did not function properly when moving windows using the mouse and title-bar grab. We point out this is not a fault as such but rather a design flaw with Global Menus. This can be seen as another reason to look past Unity unless you really feel comfortable with its ways of performing daily desktop tasks. 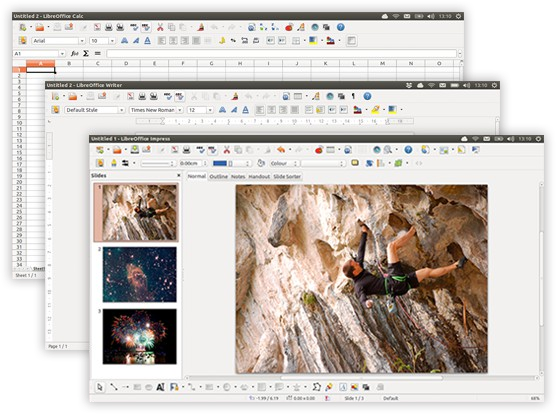 There is one specific feature with Ubuntu 15.04 that we would like to point out as very strange. So strange, it concerns us a little as to where developers are heading with it in future versions of Ubuntu.

What are we ranting about, you might ask? Default Web Browser. We have no idea what the exact name of this web browser, so we will refer to it as just the Ubuntu Web Browser.

If web browsers had hearts, this piece of code would certainly be heartless. There is no menu(s) or options or anything, actually. If there is, we couldn’t find them. We were able to open a website, new tab and access web history. Feature-wise, this web browser remains almost featureless. Digging a little deeper into the workings of the browser, we discovered that when you access a website, it seeks to access a mobile version of the website as preference. This backs our theory that it is indeed a web browser designed specifically for
mobile use.

To top off the misery in the case of the heartless web browser, we were unable to highlight anything. Not a single string of text was able to be highlighted or selected in any way. Finally, the text rendering from the browser’s engine, whatever that engine may be, is terrible. Text is blurry and unreadable in any sense.

Initially, our thoughts were it is a web browser intended for use with touch screens and/or mobile devices. If this is the case, then it gives an indication of where Ubuntu Developers are taking Ubuntu. Possibly an all-in-one desktop/office/mobile operating system. Much like Microsoft has and still is trying to do with its Windows operating system. We like some things that Microsoft has done with Windows and what we have seen with Windows 10. But it’s safe to declare its attempt to turn Windows into a one size fits all operating system, a overall failure. If Ubuntu Developers are heading this way with their own operating system, then we wish them all the best in their attempts because those before them have failed to date. Watch this space in future versions of Ubuntu.

Looking at Ubuntu 15.04 from a general software perspective; there is no GIMP package, still. We really do hope this package is reinstated to a default installation of Ubuntu sometime in the future, as its absence is still somewhat difficult to understand why it was ever removed in the first place and never replaced with any other package which comes close to the power of GIMP. Yes, this is still a sore spot with us here in the office
and the testing Labs.

Speaking of sore spots, there is another package installed which we detected through the Unity Application Launcher which bothers us, as we have no idea what it is and what it is meant to do, as we couldn’t get it to do anything. The package is listed in Unity Application Launcher as Fcitx and is accompanied by another package listed as Fcitx Configuration. Digging deeper in a terminal, the package seemed to be fcitx-qimpanel-configtool. Regardless of how we attempted to launch the package, nothing happens. Again, we have no idea what this package is or is supposed to do, but if it is simply a background package or some kind of configuration package, it really should be hidden in the Unity Application Launcher. 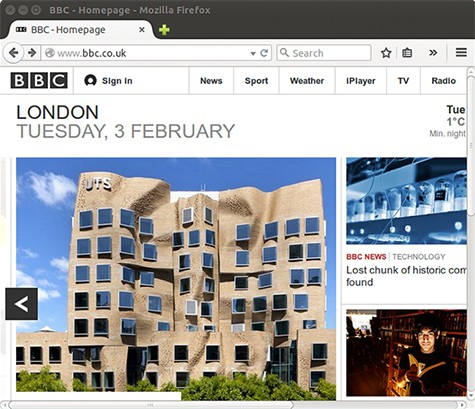 Although we have big complaints about the default Ubuntu web browser, thankfully we still have Firefox at our fingertips. The Firefox version in the Beta build of Ubuntu 15.04 we tested, was Firefox 26.0.1. We accept this has since been updated as there have been several version updates to Firefox since our build was shipped to us.

To round the software selection off, LibreOffice version is 4.4.1.2. Unity 7.3.1 desktop is the default desktop environment shipped with Ubuntu 15.04 vanilla package.

We tested the operating system on a fairly decent system running a quad-core Intel CPU, 6GB RAM and a SSD hard drive. This was accompanied by a high-end AMD graphics adapter.

Ubuntu 15.04 had absolutely no issue(s) detecting our dual-display setup. Both displays registered and Ubuntu utilized the maximum resolution possible for both displays. Although, it is a little strange that Unity decides to place its sidebar on both displays. We are unsure whether this is normal behavior or something more sinister occurring. We sense the former.

Regardless of what display behavior Ubuntu considers normal, display and graphics performance across the two displays was fantastic, using our high-end AMD graphics adapter.

The Beta version that we received in the Labs for testing, was running the Linux kernel 3.19. At the time of publishing, Linux kernel 4.0 is available. It came simply too late to get pushed into Ubuntu 15.04 by the Developers. But that’s ok as there really is nothing missing from the 3.19 that makes any performance difference. Despite one being easily fooled by the higher version number of Linux 4.0.

Despite our complaints of certain aspects of Ubuntu 15.04, it is a very good release. Probably the fastest, most stable version of Ubuntu to be dropped into our Labs. We have no issue with recommending the upgrade.

Ubuntu has come a long way and one of its greatest assets is having so many official variants readily available. So there is absolute guarantee you will find the right version to suit your desktop environment preferences and requirements.

If you have not yet installed Ubuntu 15.04, please proceed to do so as you are missing out on one heck of a great Linux operating system.

Refer this link to install Ubuntu 15.04 Desktop and Server. If you already have Ubuntu 14.xx version on your system, and want to upgrade it to Ubuntu 15.04, then refer the following link.

Here is the list of 15 important things to do after installing Ubuntu 15.04.

Chris Jones is the Editor-in-Chief, Secretary and Director of Global Operations of Freedom Publishers Union. He is the former Chief Editor of Unixmen.com and Unixmen Australia. Prior to this role, he run the now defunct technology news website, TheMuldyZone.net.