While Canonical has a well established business desktop scenario with Ubuntu, finding laptops with preinstalled laptops is sometimes a challenge.  Laptops are usually available in two formats. First is the ODM (Original Design Manufacturers) who make the laptops. Second, is OEM (Original Equipment Manufacturers) who purchase from ODM but install their own brand of CPU, hard drive as well as the software. Some of these OEM

seek Ubuntu approval and pre-install their machines with Ubuntu, which are then sold as Ubuntu Certified products.

Latest Ubuntu Certified hardware show that currently there are more than 90 laptops and 8 netbooks that work with Ubuntu 11.10 . While Ubuntu 11.04 has the highest certified laptops(123) and 9 netbooks. However, it is interesting to note that Ubuntu pre-installed or approved hardware that can run Ubuntu are increasingly on the rise, now that Ubuntu has broken the glass-ceiling on servers and Supercomputers.

Here are the Top 5 companies you should look at if you are looking for Ubuntu laptops.

The first company that anybody from linux world will direct you to, if you want to buy a Ubuntu-laptop is System76. Perhaps this and only one other company would have an exhaustive choice of Ubuntu laptops for you. The most ‘powerful laptop’ is the Serval Professional costing $1379.  2011, saw Lemur Ultra-thin selling allout with its optimized features.

Zareason is a must-visit as they have a long product line-up for linux family with some great combinations of laptops and netbooks. Verix 1656 is a popular buy here and costs $999.00, while Strata 5330 cost $699 in 2010 and 2011 saw Teo Pro Netbook doing some brisk sales.

This company offers a wide-range of low-priced netbooks to high configuration laptops.

Another company that has some loyal buyers is Think Penguin.  Around since 2009, it offers a wide range of open source products and offers several options of preinstalled laptops under their Penguin series that start at $399.

Some other reputed brands/companies

While the above have been around and offer the best Ubuntu-laptop user experience so far, there was a new entrant last year – MeeNee. Their MeeNee 13.1” Pro was very popular as it had the style-factor of MacBook but ran on pre-installed Ubuntu. The line-up also includes Kogan Agora Pro, which is an ultra port with 12” screen. 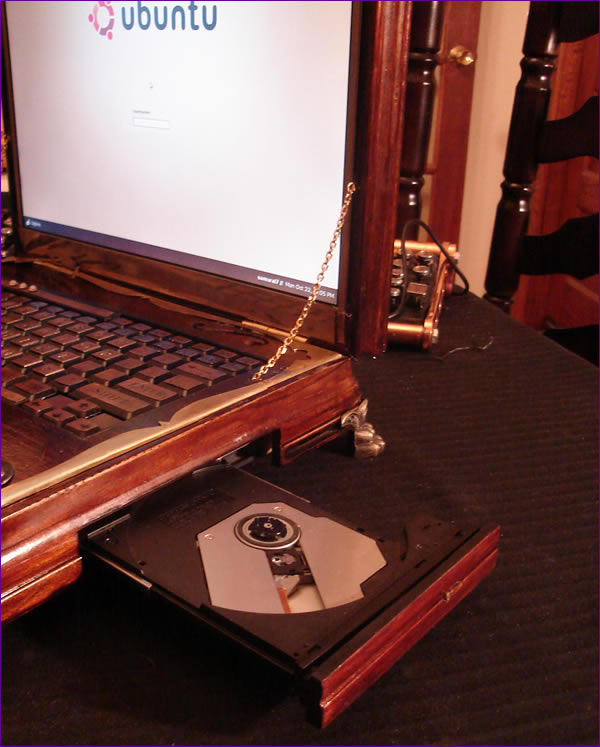 If you are looking for something beyond these straight-forward price competitive ubuntu notebooks, there is no dearth for some exclusive, designer Notebooks that can well satisfy those looking for exclusivity.

Some exceptional Ubuntu notebooks that would interest connoisseurs would be this beautifully hand-crafted Steampunk notebook priced at $5500.  It is built around a HP notebook and works with Ubuntu (and Windows). These images are of the earlier version, while the makers are working on newer versions currently.

Some of the newer recommends include HP Enterprise series, Eight Virtues for some great offers and Frostbite Systems.