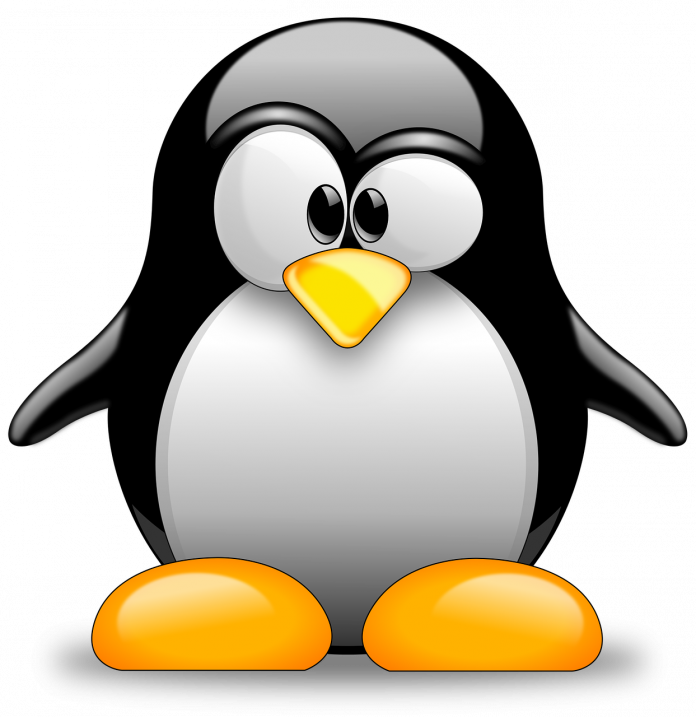 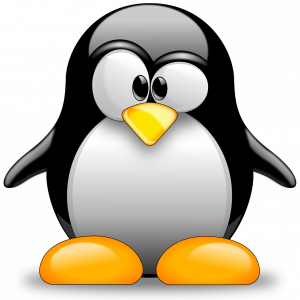 If your question is what is the best Linux distribution for small students? Then the answer would not be one. This is because of the availability of Linux distributions in various options, and this is an advantage because you can choose one according to your child’s taste.

There is a perception that Linux is only meant for hackers, which is wrong. In today’s world, it is more than that. Kids, parents, school children, college students, and essay writers – anyone can easily download and use Linux through the graphical user interface.

And now the question arises, why should your child learn Linux?

So, if you want your students to be aware of Linux, let them experience it today; this will make them walk abreast with the technology of the future.

Moreover, the things we start doing at a young age we assimilate easily and can become a master of anything. So here are some of the best Linux operating systems for kids.

Below, you will find the list of best Linux Distros for kids or students and can be used by teachers and parents in schools.

Many may not agree that I put Edubuntu in the first position. However, I do so because I have used it and it worked wonders for me, let me explain it to you:

From the Edubuntu software center, there is an Education category that defines the educational packages between Primary (children 6-12 years old), Secondary (13-18 years old), and Tertiary (university level) that the user can download and configure according to the requirements. Edubuntu CD/DVD images are available on their website in the form of ISO images.

Sugar Linux, which is also known as Sugar On A Stick-SOAS, is a Linux distro for kids based on Fedora. It is a very lightweight and open-source learning platform for students or children.

Unlike Linux distributions, it was developed especially with children in mind, making it a kid-friendly distribution. It has great colorful icons, games and is easy to navigate, making it adaptable for any classroom.

Another thing is, if you have Windows as your operating system, you don’t need to install it, although you can, however, it is an operating system that you can run in Live mode, which means you can download and install Sugar Linux directly onto a USB drive.

That’s why we call it Sugar on a Stick (SoaS). You can also install it on Debian, Ubuntu, and other existing Linux distributions manually.

Manual and other documentation are also available for a proper understanding and getting started with Sugar Linux, to set it up and help your kids learn Linux.

Ubermix is another Linux based operating system for kids that was designed and developed with education for students or children in mind.

This Linux operating system is a good choice for both teachers and students to learn Linux. You can install it on the PC in just a few minutes and it comes with more than 60 pre-installed applications.

To install Ubermix, the system requirement is 1 GB of RAM and at least 20 GB of the hard disk. It is based on Ubuntu, which means that the latest updates and security patches are not a problem at all.

The best thing about Ubermix is that you can get it in two forms: Ubermix in ISO file format for PCs (Netbooks/Laptops/Desktops) and the UberMix OVA image which can be used to install it directly into VirtualBox or Vmware player for hassle-free use.

To create an Ubermix bootable USB drive you would need a flash drive of at least 4 GB. The features of this one give you an advantage over other Linux operating systems for kids.

Qimo is another popular desktop operating system developed for children. It comes with pre-installed games and educational applications for children over 3 years old. Like Edubuntu and Ubermix, it is also based on Ubuntu Linux.

Qimo’s interface is quite eye-catching, especially for children, due to the way large and attractive icons are placed. The experts from essaywritercheap.org state that Qimo comes with pre-installed games and applications with a beautiful way to learn programming languages such as Python.

In addition to the availability of this Linux operating system for small students in ISO format, you can also download the virtual image in VDI format.

Skolelinux/Debian-Edu is a pure and open-source Linux operating system based on Debian like others, it is also designed for educational use. It is another of the best Linux distros for children due to its stability and adaptability for schools.

In addition to installing it on a dedicated PC, it can be configured as a thin client solution for schools or educational departments to save money and maintenance costs by using older hardware.

You can use Skolelinux or DebianEdu in GNOME, KDE, LXDE, MATE, or Xfce desktop environments. Previously, Skolelinux and DebianEdu were separate Linux operating systems for children but were later merged.

Kano for Education is an open-source Linux operating system developed especially on Raspberry Pi for exploration, creation, and playback. Free for Raspberry Pi 2 and 3.

If you are a student or want to teach kids how to create DIY projects on Raspberry Pi, use Kano OS.

DouDou Linux is one of the best Linux Distros for small students, but the problem is that it hasn’t been updated since 2013, which sets you back and forces you to stay behind.

Still, DoudouLinux is available for download and one should give it a try. I say this because it requires only a minimum of 256 MB of RAM and an 800 MHz processor which makes it run easily on older computer systems.

DouDou Linux is based on the old Debian 5 and the latest stable version is DoudouLinux Hyperborea 2.1. It can be installed on USB and used in a Live environment. It is a good choice for children under 12 who are interested in learning Linux while playing on it.

It is available in more than 40 languages, such as Romanian, Hebrew, French, Farsi, Spanish, Hindi, Punjabi, Lithuanian, Polish and more …

OpenSUSE-Edu Life (Linux for Education) is based on openSUSE Leap, designed to cater to students, teachers, parents, and educational institutions by providing the best Linux experience.

In addition to educational applications for children, some graphics and editing software is also found in this one of the best Linux operating systems for children; for example, you can find Inkscape to replace CorelDraw; GIMP, Darktable, Synfig Studio, Pencil and Hugin.

Like Doudou, LinuxKidX is another archived Linux distribution for children that was last updated in 2016 and is specially designed for children.

LinuxKidX is open source and intended for children between the ages of 2 and 15. The interface is friendly for little ones and has many kid-friendly programs, however, the community support for this Linux for small students is not good at all. 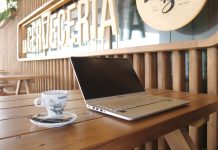 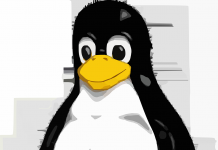 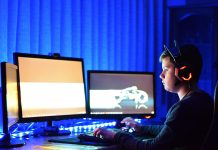 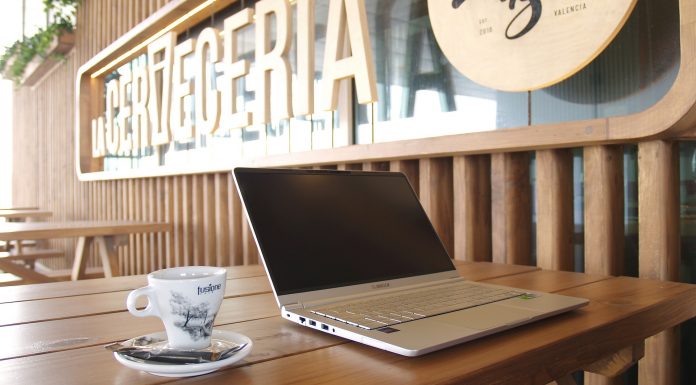 How Businesses Can Benefit from Using Linux 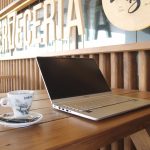 Android Janus Atienza - April 3, 2022
0
Linux is an open-source operating system that has gained popularity in recent years. Many people are switching to Linux because it is more secure... 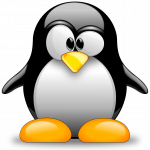 Android Janus Atienza - April 2, 2022
0
If your question is what is the best Linux distribution for small students? Then the answer would not be one. This is because of... 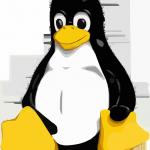 Hardware Linux Janus Atienza - April 2, 2022
0
There is no doubt that among operating systems, Linux efficiency is worth citing due to its excellence in performance and secure environment. But, even... 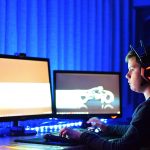 Android Janus Atienza - April 1, 2022
0
One of the most annoying things about Lost Ark is that players are likely swimming in silver by the time they’ve reached tier one... 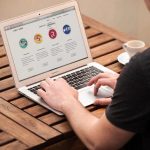 How Businesses Can Benefit from Using Linux

Android Janus Atienza - March 26, 2022
0
Many businesses spend a lot of time weighing up the benefits of cloud automation and orchestration, without spending too much time considering operating systems....

Android Janus Atienza - April 3, 2022
0
Linux is an open-source operating system that has gained popularity in recent years. Many people are switching to Linux because it is more secure...

Android Janus Atienza - April 2, 2022
0
If your question is what is the best Linux distribution for small students? Then the answer would not be one. This is because of...

Hardware Linux Janus Atienza - April 2, 2022
0
There is no doubt that among operating systems, Linux efficiency is worth citing due to its excellence in performance and secure environment. But, even...