Here we are again staring down the face of a new release of Ubuntu. This time around we see the release of the new Long-Term-Support version, or better known as simply LTS. Ubuntu needs no introduction as it’s one of the most popular Linux distributions around. Freedom Publishers Union (and our Staff members) have been reviewing it for a number of years. So it is very familiar to not only everyone around the office, but also our readers.

Its popularity and loyal following is largely due to its continued development and good support for a large variety of packages (40,000+ in total). Despite the many delays we’ve experienced in the past few releases with specific features, it still offers us something relatively stable and usable every time. Something to work with and build upon.

Let’s jump right in without any further delay and see what the latest update of Ubuntu 16.04 LTS (Xenial Xerus) brings us.

I have to admit, we were a little shocked when we discovered that 16.04 LTS included the 4.4 branch of the Linux kernel. We expected the release to include the 4.5 branch as both 4.5.1 and 4.5.2 have been released for Ubuntu 15.10 and development of Linux 4.6 is well underway. We understand that 16.04 is a Long-Term-Support release, however we found this decision to stick with 4.4 a little disappointing. 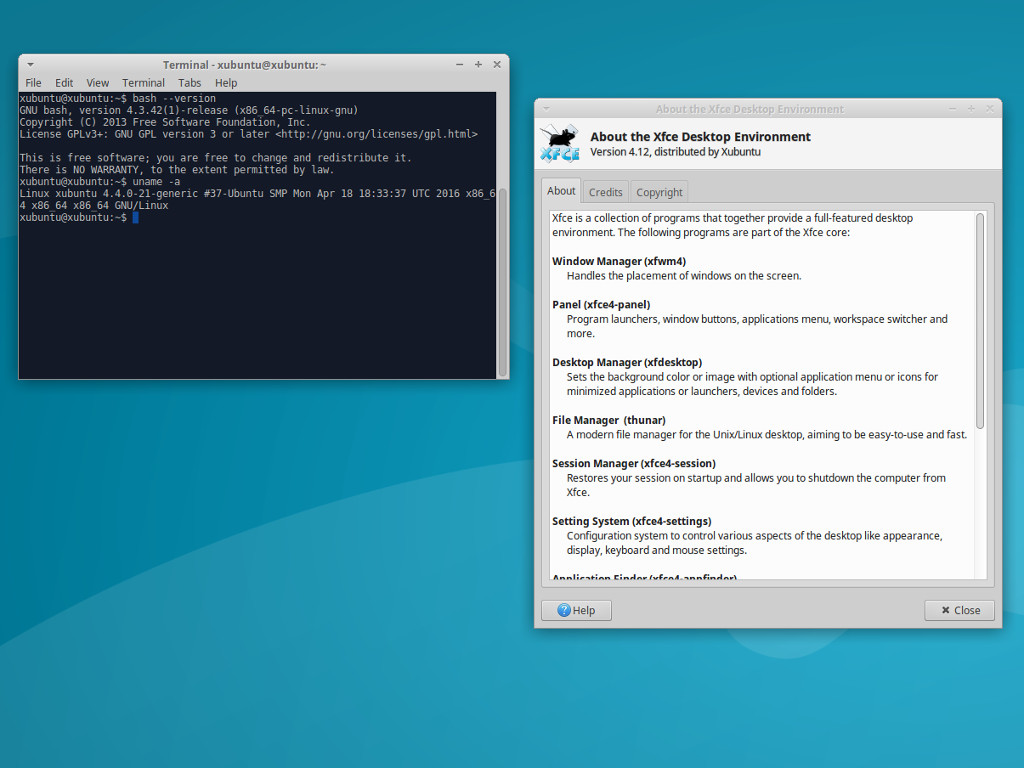 Our very own core server which Freedom Publishers Union resides runs a 4.5 Linux kernel on top of a Ubuntu 14.04.4 base and it’s a rock-solid configuration. We understand that our own server configuration is highly customized and lots of changes have been made to this system, yet we still find that there was much more room for upgrade with Ubuntu 16.04 LTS than what has been delivered.

When we set out to assess Ubuntu 16.04 LTS for this Review, we did plan to use the vanilla version as a basis for analysis. Our loyal readers who have read our previous Reviews of Ubuntu will know by now we adopted Xubuntu as our de facto version to base our Reviews on, several versions back. We were going to make an exception for this Review because we heard rumors there were some exciting changes with Unity which made the desktop more customizable. However, we were faced with problems right from the beginning with our vanilla Ubuntu boot image failing to load.

We attempted to boot the system on a consumer laptop and desktop system but were met with boot problems on both systems. We experienced problem after problem with USB device detection to get the boot image to be recognized and in a position to commence load. After much configuration tweaks and sheer luck through crossing our fingers, we did get it to recognize the boot device and commence a boot operation, only to be met with errors which resulted in the entire boot process being halted with no further progression possible.

We were able to replicate all of the same issues and errors on both systems we attempted to test on. Through our ability to replicate and repeat the problems at will, we concluded that the actual boot image we were using was corrupted. This was confirmed when we performed a MD5 checksum verification on the ISO file, as illustrated in our screenshot below. 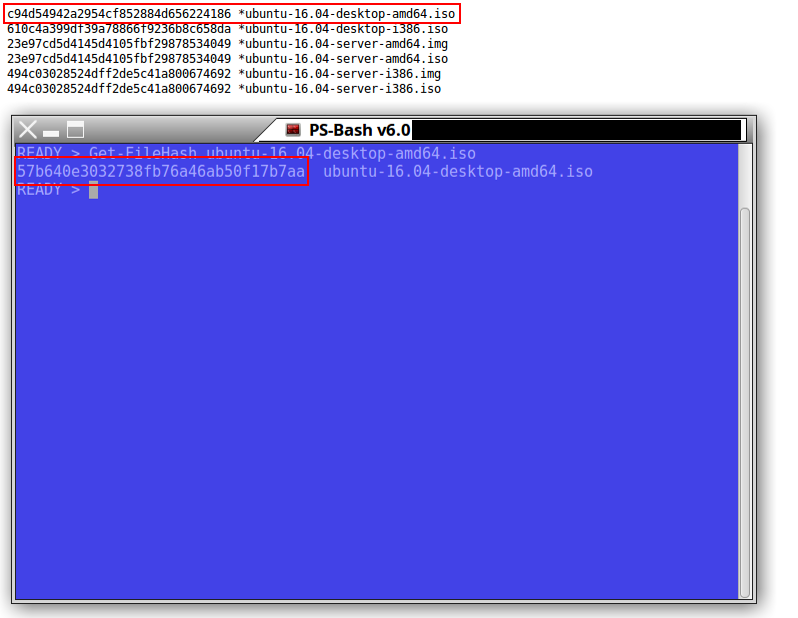 We then resorted to our backup ISO of Xubuntu 16.04 LTS. We experienced none of the boot problems with Xubuntu that we experienced with the vanilla Ubuntu.

We must mention that boot times were extremely fast, even for a live system.

With our boot problems out of the way, we were finally staring at the screen of a fresh new Ubuntu desktop, built up around a XFCE desktop-environment. 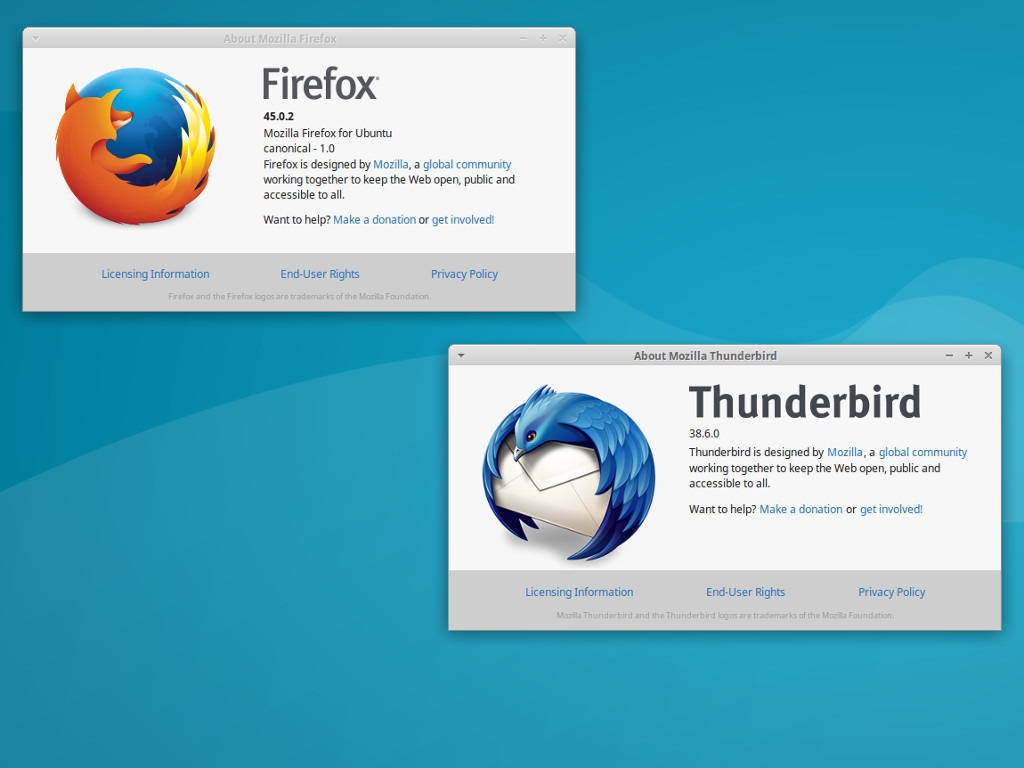 Stand-out features for this desktop are Firefox for internet browsing, Thunderbird for email and LibreOffice for all of your office duties. They come in at versions 45.0.2, 38.6.0 and 5.1.22, respectively. 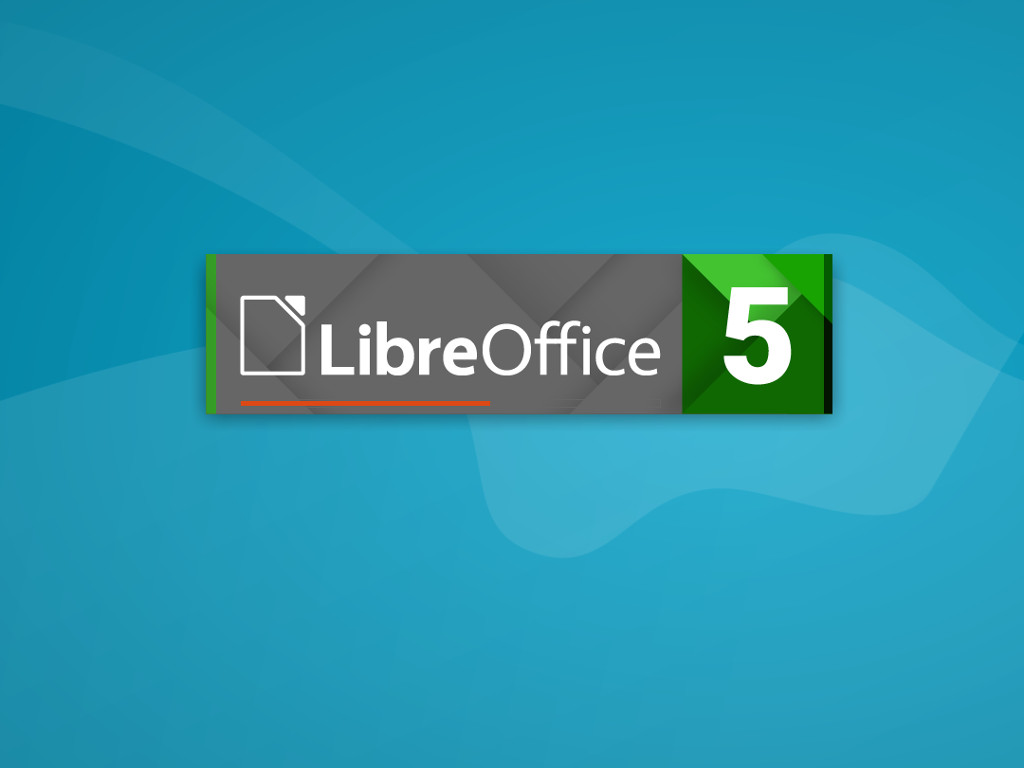 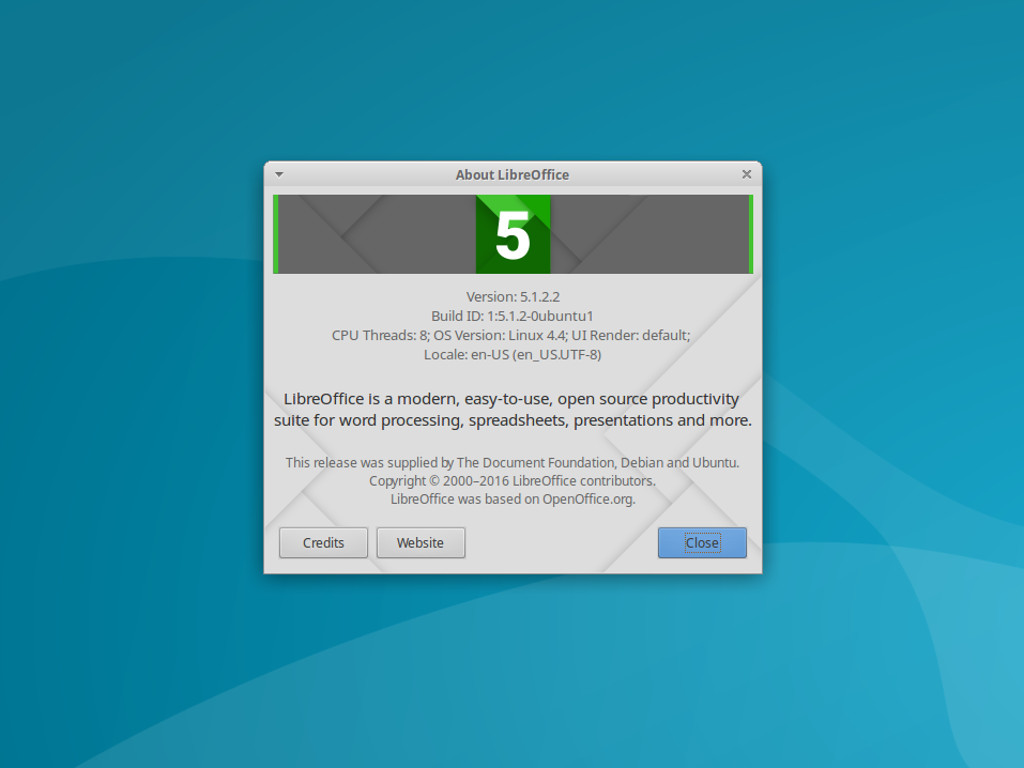 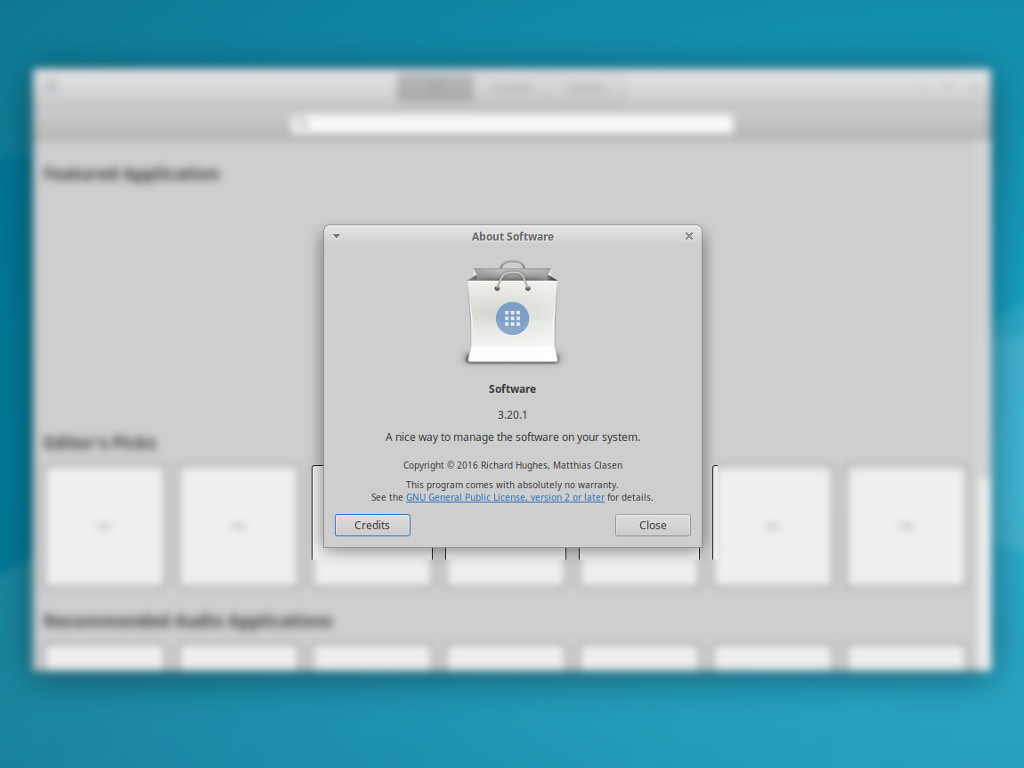 Before we comment about this package specifically, we must declare that we are not users of any kind of graphical software or package manager and solely use the terminal console for package management. This is purely because we are Linux veterans and it is just how we do things because it’s much quicker. Our fellow veterans alike will understand. But we also need to accept that new users will not feel confident enough from the beginning to go down this route, therefore there is still a market (if I can use that word) for graphical package managers. Or Software Stores as they seem to now be referred to as. We try to refrain from using the terms market and store because it somewhat distorts the purpose of the packages, giving the impression they are a shop front to commercial software. They are not.

Despite us having no genuine intention to poke around in the Store, we did boot it up simply because curiosity got the better of us. We were quickly faced with a ‘nothing to see here’ facade. No, we literally were! The Software Store did not load and simply displayed us a black screen with a bunch of empty placeholders. It was as though we had no active internet connection to the Software server. We did. 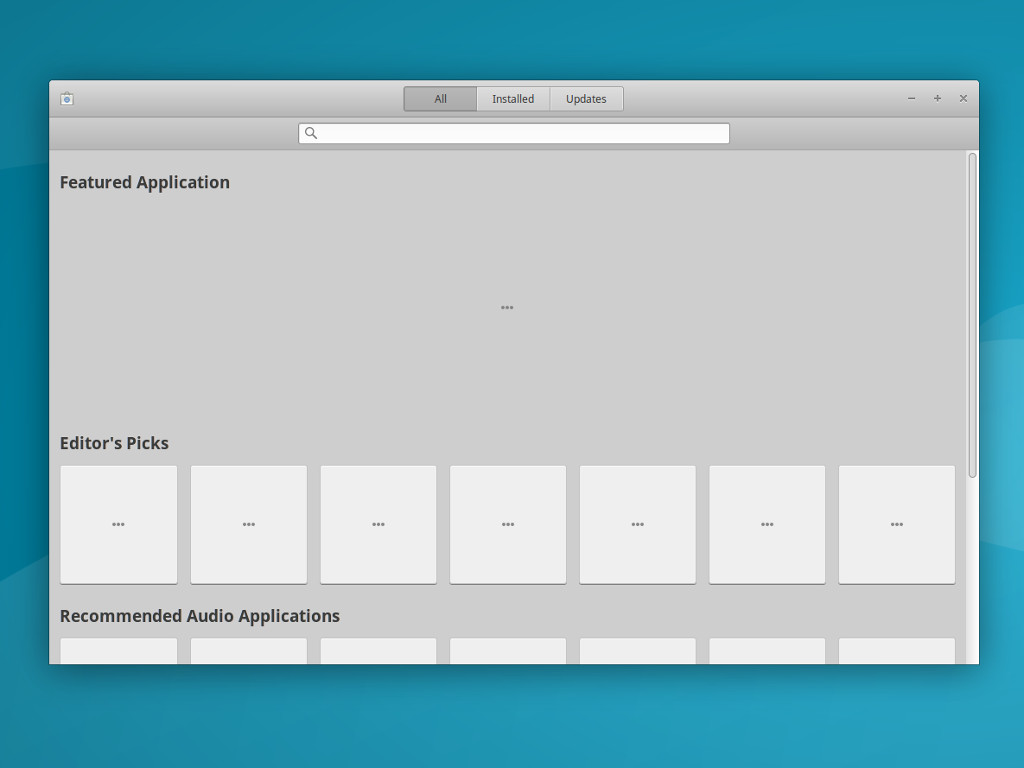 We tried several times to get the Software Store operational, but it was soon confirmed that nobody wanted to serve us anything. As veterans do, we opened up a terminal console, threw in a few quick apt-get commands and we had our packages installed in just a couple of minutes. Job done.

If you’re installing Software from the Store, then we hope that you have better luck than we did.

There is one specific feature that did stand out to us – the Additional Drivers installation tool. According to the Additional Drivers tool, we were not using any proprietary drivers. This was known to us already, as it was well documented leading up to the release of Ubuntu 16.04 LTS that Canonical/Ubuntu would be encouraging the use of free and open-source based drivers for video/graphics cards and other hardware from now on. We still had the option to use a proprietary driver for our Intel CPU micro-code using the intel-microcode package. Although we stand by Ubuntu’s decision to always provide and advocate for the use of free and open-source drivers, there will always be occasions where it is just not possible. Therefore, we enabled the intel-microcode driver in this instance. 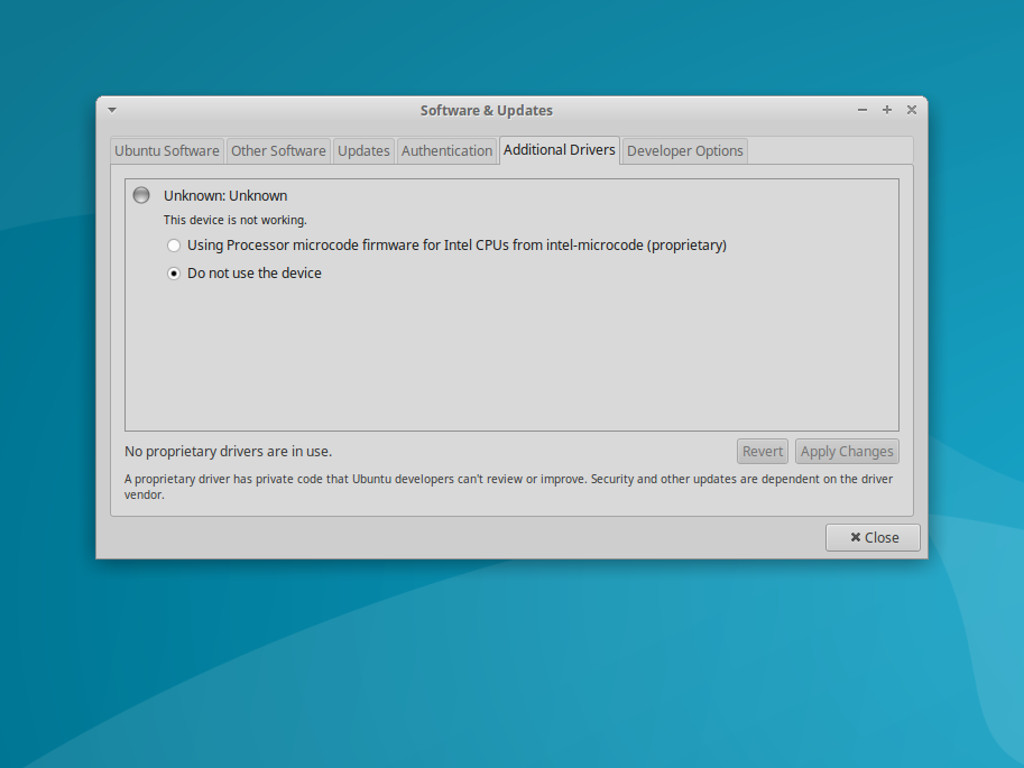 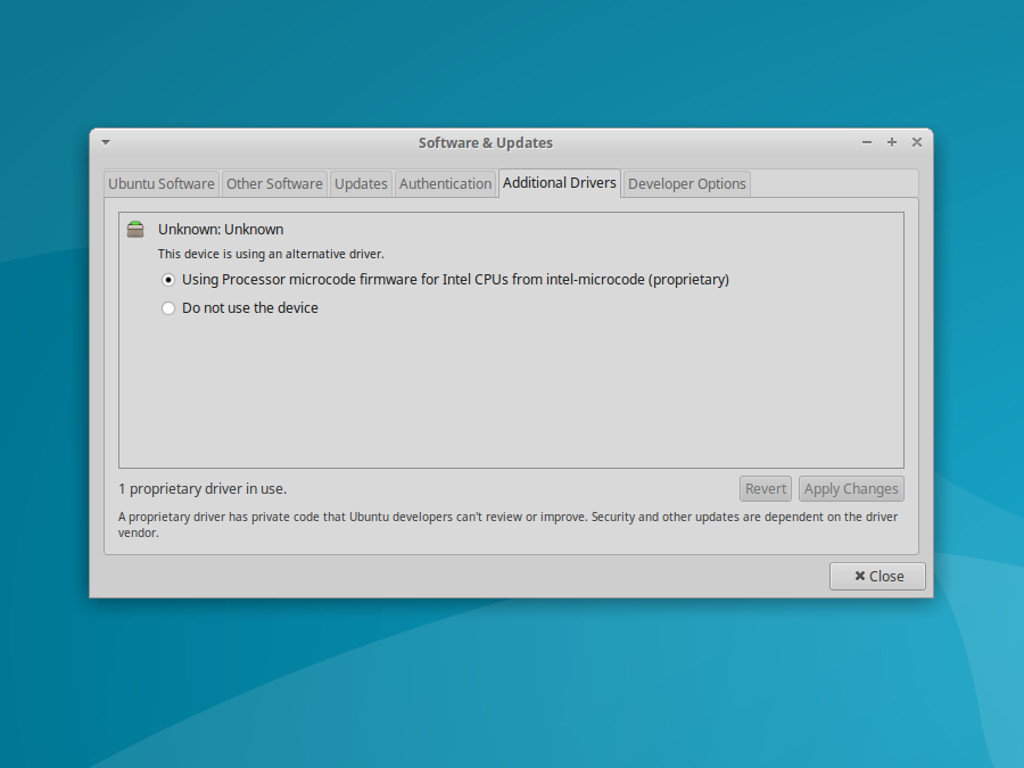 When we get to our Conclusion, we always find recent Ubuntu releases a little difficult to summarize. This is probably because each new release does not really bring major changes to the table anymore, rather they all seem to feel like just another update. In truth, that’s all they really are. But when third-party Linux distributions continue to innovate and give their users something fresh each time a new release is delivered, we can’t help but wonder why Ubuntu Developers can not achieve the same. Yet we can not quite put our finger on what Canonical are doing wrong. Essentially, they’re not really doing anything wrong. They are just not really offering anything fresh, new or innovative anymore.

Ubuntu 16.04 LTS (Xenial Xerus) offers a very snappy desktop-environment with its XFCE counterpart. I guess we really didn’t expect anything any different from this lightweight option.

We did find the problems with getting our first boot image running a little bothersome. Albeit, we’re not directly blaming Ubuntu (or Canonical) for this, as file corruption can occur for a myriad of different reasons and are quite common. So we’re not going to deduct points off them for this.

In the Conclusion of our Review of Ubuntu 15.10, we mentioned continued delays with Mir and Unity 8. Well we’re gonna be sounding like a broken record pretty soon, if we don’t already. We were hopeful that Mir and Unity 8 would make its way into 16.04 LTS. Ubuntu users are again disappointed as it has still not been included. It is available to be installed, but we warn users to use it at your own risk as it is still in Preview development stage. If you’re feeling brave, you can test it our for yourself by running the following command in a console terminal, then log-out and change the Session at the login screen:

To wrap things up here, we’re going to declare Ubuntu 16.04 LTS a bitter disappointment. We expected so much more from this release as much more is what is needed from this popular Linux distribution, we believe. The most positive spin we can put on it is the fact that the server components of this release are going to impress server system administrators who upgrade to 16.04 LTS. MySQL and PHP have both had major updates to 5.7 and 7.0, respectively. This is great news for anyone running 16.04 LTS on the server as both updates are major updates to these popular and almost necessary server components for any decent web server. What we find a little confusing is why such bleeding edge versions of these packages were included in Ubuntu 16.04 LTS when the Linux kernel was essentially held-back at 4.4.

We can find lots to pick on with this release. Unfortunately we feel that Ubuntu users have been let down, again. If you’re running a server based on 16.04 LTS then you’re going to have enough expertise to pull off a smooth transition to get the MySQL and PHP updates. While you’re at it, we recommend manually upgrading your Linux kernel to the 4.5 branch. But we only recommend this to advanced users who are comfortable with this kind of hands-on work.

If you feel that we have been too harsh on this release, then by all means give it a try for yourself. But our advice is if you really want a Linux system based on Ubuntu, then look at third-party Linux distributions that offer something much better than the bog-standard that we are seeing pushed out from Canonical. In its default form as its presented out-of-the-box, we just can’t recommend it as we feel it’s just not up to the standard of what we should expect from a Linux distribution.

Hardware Linux Janus Atienza - May 7, 2021
0
There’s a wide variety of Linux distros out there —built for all kinds of purposes and user types. The top ones are made to...

Hardware Linux Janus Atienza - May 7, 2021
0
There’s a wide variety of Linux distros out there —built for all kinds of purposes and user types. The top ones are made to...