For those who believe open source does not pay you back and you cannot have a money-making business around Linux and open-source, here is the news for you.
Red Hat has just become a $2 billion company. It is the first open-source company to reach this milestone.
Only a few months ago, Red Hat promised to touch the $2 billion landmark in its annual revenue. It achieved $1 billion milestone, only four years ago, in the year 2012.

Red Hat was founded 23 years ago in the year 1993 when Marc Ewing and Bob Young merged two companies. In 1993 Bob created a company called the ACC Corporation. According to Bob ACC is an abbreviation of a small business his wife ran called Antiques and collectables of Connecticut. ACC was meant to represent a catalogue business and the company was running from his wife’s sewing closet.
Around the same time Marc Ewing created a GNU/Linux distribution and named it Red Hat Linux. On being asked why it is named that, Bob Young said
Red Hat has long been the symbol of freedom, liberation and change of authority, with the revolutionaries in both U.S and France donning red caps during their uprisings. Also, the co-founder Marc Ewing has a great affinity for red hats and he used to wear his grandfather’s red lacrosse hat when he was a student of Carnegie Mellon University.
At University, Mark used to name his project as Red Hat1, Red Hat2, … He was so much obsessed with the name Red Hat that, when he started his Linux project, he instantly named it as Red Hat Inc.

In 1995, ACC acquired Red Hat and changed the name to Red Hat Inc. Red Hat went public in the year 1999. Those days the Internet and bandwidth were not so common, hence the early releases were shipped on floppy disks and CDs, to customers. Remembering those days Bob Young says – support via email was the only means to communicate with Red Hat customer support then. However, if a customer encountered a problem, usually it means their computer was inoperative and would be unable to send an email seeking support to Red Hat.

Since then the Red Hat support has improved so much that now you can get a 24 hour phone support to paid subscriptions.

Red Hat Enterprise Linux 7.2, Codename Maipo is the latest commercial release of Red Hat. This distribution is based upon Fedora 19, upstream Linux Kernel 3.10 and systemd 208. The distribution aims at stability, security and mission critical applications. Anyone can download the source code of this distribution for free (as in beer) and build the software themselves, however for mission critical applications you may like to download the prebuilt binary packages for which you will be charged for maintenance subscription, along with it you will receive support and updates.

Fedora is a community supported Project, which is sponsored by Red Hat. Fedora aims at rapid growth and bleeding edge innovations. The Fedora community works with the employee of Red Hat and many innovations find their way, in the upcoming commercial distribution of Red Hat. (Ref: https://getfedora.org/)

CentOS is a free (as in beer and as in speech) Linux Distribution which is compatible with its upstream source Red Hat Enterprise Linux. Centos is built on top of the source code of Red Hat where all the Red Hat branding, proprietary softwares and logs are removed as Red Hat do not allow them to be redistributed. CentOS is a near-alternative to RHEL for users/customers who can’t buy a RHEL subscription. (Ref: https://www.centos.org/)

Red Hat has acquired a number of companies since its foundation. A few of which includes – Wirespeed Communications, JBoss, Ansible, Sistina Softwares, ArsDigita, Identyx, etc.

Red Hat’s brand recognition is so strong that it is rarely confused with other “Red” Companies across the globe viz., Red Bull, Red n Chief, Redback Networks, etc.

Current Market and IT Trends

In an Interview with Unixmen, Rajesh Rege, Country Head, Red Hat Inc, India said
Red Hat is not only competing with other Linux distributions, but also with windows to run critical business applications. The current IT trends show that major IT companies want to deploy applications on the cloud. Red Hat is compatible and certified with Amazon, Google, Microsoft’s Cloud Infra and another 145 cloud service provider. Also, it is best suited to host application in internal data centers. We have witnessed RHEL on Microsoft Azure platform is becoming prominent cloud Operating System. He added that the very recent decision of Microsoft to run SQL Server on Linux is a Moral win for Red Hat and open source community, in general. Microsoft is recognizing Linux as an integral part of enterprise and cloud.

Revenues and Income for Red Hat

Looking ahead for its Financial Year Red Hat expects a revenue which falls between $2.380 billion – $ 2.420 billion. Seeing this trend and growth Red Hat will soon become a $3 billion company. The Unixmen Community congratulates the Red Hat Inc. for their achievements and wishes them all the best in their future endeavors.

That’s all for now. I’ll be here again with another Interesting topic, you will love to read. Till then stay tuned and keep connected to Unixmen Community. 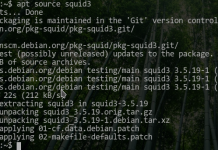 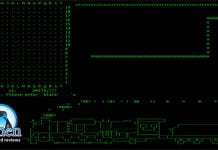