In this tutorial  you will learn how to record  your voice from the microphone in your Ubuntu machine.  Before going any further we need to check our microphone with the  alsamixer program which is a soundcard  mixer  for ALSA soundcard driver. 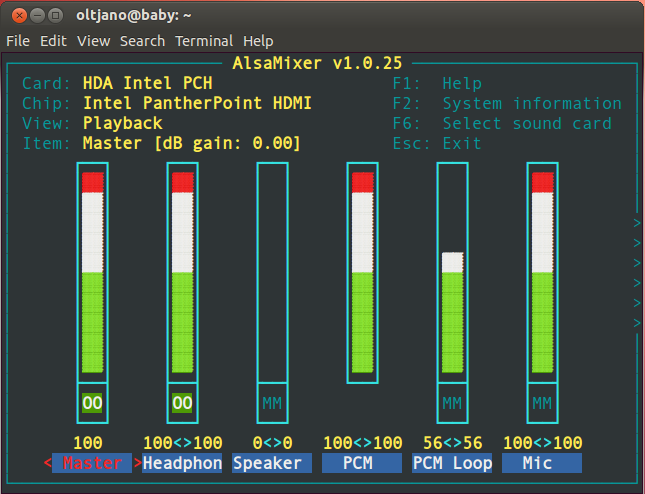 See the mic. Is it muted? Mine is not, but your is muted use the up  arrow key to unmute it.

3. Now install the Swiss Army knife of audio manipulation with the following command.

4.  Once the installation of sox is finished run the following command to start recording your voice.

5. Start talking like a cool geek and hit CTRL+C when you want to stop the voice record.

6. Use mplayer to listen to your record. Do you recognize your voice?