The issue of Oracle challenging Google on the use of Java APIs may, on the surface, appear to be a case of IT corporate establishing themselves on a common turf. However, the implications of these digital corporate wars are serious. The ongoing battle is for Oracle to gain complete control on Java programming language and for Google to establish that the components of the Java language it has used were already in the open source domain.

In fact, the Java programming language that Oracle is seeking to gain complete control over was not even developed by it. Oracle has technically gained copyrights on Java APIs through its acquisition of Sun Microsystems, in 2010, the original developers of Java. 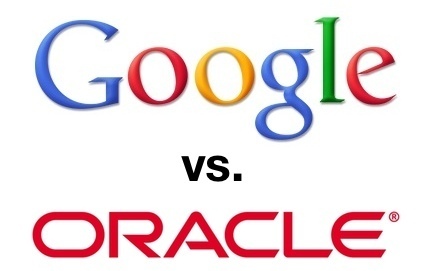 Why is Java technology so important to open source platform? Sun Microsystems believed in Free and Open Source philosophy and had placed most of its technologies under the GNU General Public License. With major contribution from the Java developer community, Java has evolved into programming language used extensively on multiple applications.

The importance of Java is that it is complied on a Java Virtual Machine (JVM) and hence developers have to develop an application only once and it can be run on any other platform.

Currently, Oracle’s allegation is that Google has infringed on the use of several APIs. In total, seven patent infringements have been filed. Technologists suggest that, Oracle’s belated claim of Google infringing on its Java copyright’s was only after Oracle failed to gain from Java applications on its own. It appears that after Google became successful in building the open source Android platform based on Java technologies and the possibility of the copyrights Oracle has over native Java would become obsolete due to modification of Java, Oracle is compelled to seek a greater say in the use of Java technologies.

Google has maintained that it has used technologies that were available under Open Source licensing platform and that they have not infringed on any other patents.

Therefore at stake is the future of Android. If Google were to lose its battle, then the implications of it are far-reaching as it will affect distribution of the operating system and will have to be inclusive of Oracle’s Java.

The Oracle versus Google lawsuits includes two phases: first is the copyright phase for which hearing was completed last week and jury is in attendance. The second phase is the patent infringements and will involve direct infringement cases only.

Over the past two years, the ongoing legal tussle is a mark of new age battles over ‘copyrighting ideas’. Conventionally, copyrights are considered to be ‘copyrighting of an expression of an idea’ and do not include the idea itself. Oracle, however, is attempting to copyright the idea itself, setting a new trend that does not bode well for the technology and android developer community.