Another week comes to an end, another weekend arrives with plenty of free time to spent hopefully. 2 new great games for the linux platform (and not only) seek for your attention this weekend. The one is threatening to consume your brain’s gray matter, and the other is promising to give you a ride you’ll never forget. Let’s check them out!

Me and My Shadow is an open-source 2D puzzle platform game, and the original creation of a young Slovenian indie games developer named Luka Horvat. When Luka decided to give the source code of his game to a small team of developers back in February 2011, he didn’t expect this action to turn out much. The team proved very passionate about the game and the rate of development was very high, so almost one year after that, we have a game that is better than the original in every aspect. Huge additions and revamps took place until finally version 0.3 was released last week. So what is it that makes this game so unique and so motivating for the developers who work on it? It is the main, original gameplay idea of course. Let me explain… 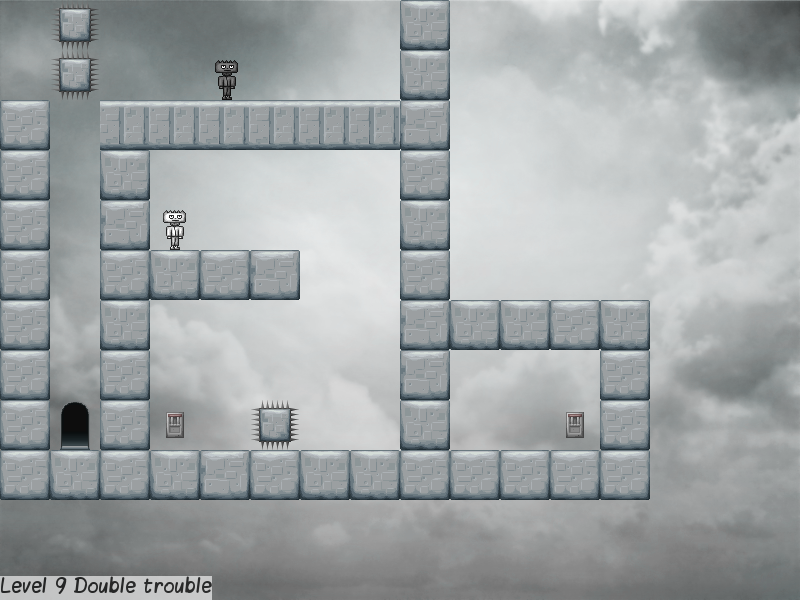 On every level, there is you (the white guy) and your shadow. The aim of the game is for one of you to reach the exit door of the level. You control directly yourself and indirectly your shadow. This is achieved by a “move recording” system – example: If you press the space bar key a movement recording starts, so if you move yourself to the right and jump your shadow will do exactly the same the moment you hit the space bar again (which will finish the recording). As you understand this can make things quite confusing when your shadow has to move on a very different terrain, or when you are confined on a small space while your shadow isn’t. To make things worse/better, there are various “traps”, moving platforms that require correct synchronization of the “recording”, and 2 different kind of blocks that you and your shadow can walk on, white and black. Thankfully, Me and My Shadow offers a great extensive tutorial in which you’ll learn everything you need to know in order to play the 40 levels that the game currently offers, while there’s also a very easy to use level editor available. This is a very difficult and “original” puzzle game that really worth checking out. Anything bad about it? Considering that this is version 0.3, I don’t want to be harsh, but I have to be honest and mention the two things that I didn’t like about this game. The music and the atmosphere of the game is a bit depressing. It is ok for the first few minutes but after a while, it sounds boring and made me feel depressed. Maybe it is my idea, leave a comment and tell me you what you think about it. The second thing that bothered me very much, is that sometimes your shadow and you are far enough and you can’t see both on the screen, so you virtually move your shadow using “the force”. There is no way to zoom or unzoom (at least I didn’t find one), so I’d love it if they make this work automatically on the next version. 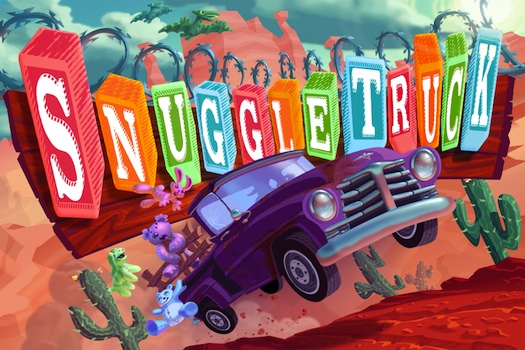 This game is an unexpected addition to the latest Humble Indie Bundle. Your job is to drive a truck on a 2D world full of rocks, hills, logs, bombs, TNT boxes and finally reach the finish line which is a actually a zoo. Your precious cargo are some animals that try to hold on the flatbed of the truck while you go crazy accelerating, braking and hitting various things on your way. This game will remind linux gamers of Xmoto, but it actually requires much less special “godlike” skills and is more focused on the fun. Besides the design of most of the maps that is done with fun in mind, there are also some special power ups that enhance the fun aspect of the game even more, like rockets and such that give you more speed and sometimes…higher jumps! There are many levels categorized depending on their difficulty. I found the easy and medium levels too easy as most of the time I didn’t even have to tilt the car front or back to win all medals, and the hard and extreme levels of medium difficulty. Of course there is always a minimum number of animals that you must deliver on the finish line, in a specified time to win the bronze medal on every level, and after that there are more strict requirements to win the silver and then the gold etc. In general I would say that this is an easy and fun to play game with very funny graphics, very amusing music and atmosphere, and very fun-focused map design. What I liked most about this game is the editor. Besides the ability that you have to design your own map, you can try out many maps that other users made, through a very nice in-game system that can sort maps according to their popularity etc. I found some very enjoyable maps there, and I am sure you’ll find many that will please you too. If you already bought the latest Humble Indie Bundle this game is available for you for free, and if you’re still thinking to buy the latest Indie Bundle…this is one more good reason to do so!