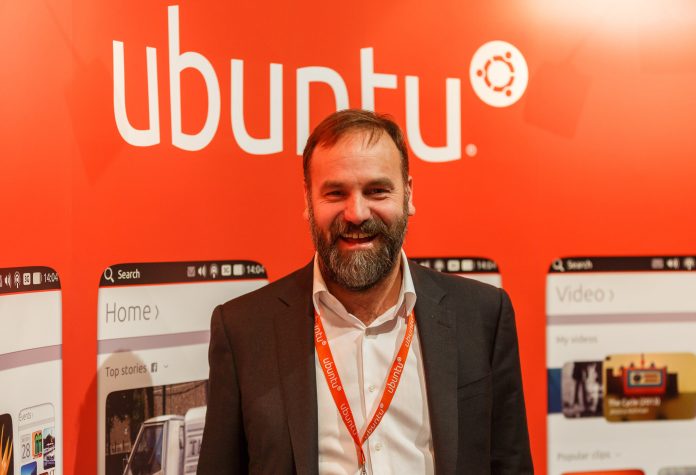 Mark Richard Shuttleworth is the founder of Ubuntu or the man behind the Debian as they call him. He was born in 1973 in Welkom, South Africa. He’s an entrepreneur and also space tourist who became later 1st citizen of independent African country who could travel to the space.

Mark also founded Thawte in 1996, the Internet commerce security company, while he was studying finance and IT at University of Cape Town.

In 2000, Mark founded the HBD, as an investment company, and also he created the Shuttleworth Foundation in order to fund the innovative leaders in the society with combination of fellowships and some investments.

“The mobile world is crucial to the future of the PC. This month, for example, it became clear that the traditional PC is shrinking in favor of tablets. So if we want to be relevant on the PC, we have to figure out how to be relevant in the mobile world first. Mobile is also interesting because there’s no pirated Windows market. So if you win a device to your OS, it stays on your OS. In the PC world, we are constantly competing with “free Windows”, which presents somewhat unique challenges. So our focus now is to establish a great story around Ubuntu and mobile form factors – the tablet and the phone – on which we can build deeper relationships with everyday consumers.”

In 2002, he flew to International Space Station as member of their crew of Soyuz mission TM-34, after 1 year of training in the Star City, Russia. And after running campaign to promote the science, code, and mathematics to the aspiring astronauts and the other ambitious types at schools in SA, Mark founded the Canonical Ltd. and in 2013, he provided leadership for Ubuntu operating system for software development purposes.

“Computer is not a device anymore. It is an extension of your mind and your gateway to other people.”

As we mentioned above, Mark was born in Welkom, South Africa’s Orange Free State as son of surgeon and nursery-school teacher, Mark attended the school at Western Province Preparatory School where he became eventually the Head Boy in 1986, followed by 1 term at Rondebosch Boys’ High School, and later at Bishops/Diocesan College where he was again Head Boy in 1991.

Mark obtained the Bachelor of Business Science degree in the Finance and Information Systems at University of Cape Town, where he lived there in Smuts Hall. He became, as a student, involved in installations of the 1st residential Internet connections at his university.

Mark founded Thawte in 1995, which was specialized in the digital certificates and Internet security, then he sold it to VeriSign in 1999, earning about $575 million at the time.

In 2000, Mark formed the HBD Venture Capital (Here be Dragons), the business incubator and venture capital provider. In 2004, he formed the Canonical Ltd., for promotion and commercial support of the free software development projects, especially Ubuntu operating system. In 2009, Mark stepped down as CEO of Canonical, Ltd.

“In the early days of the DCC I preferred to let the proponents do their thing and then see how it all worked out in the end. Now we are pretty close to the end.”

Linux and FOSS with Mark Shuttleworth

In the late 1990s, Mark participated as one of developers of Debian operating system.

In 2001, Mark formed the Shuttleworth Foundation, It is non-profit organization dedicated to the social innovation that also funds free, educational, and open source software projects in South Africa, including Freedom Toaster.

In 2004, Mark returned to free software world by funding software development of Ubuntu, as it was Linux distribution based on Debian, throughout his company Canonical Ltd.

In 2005, Mark founded Ubuntu Foundation and made initial investment of 10 million dollars. In Ubuntu project, Mark is often referred to with tongue-in-cheek title “SABDFL (Self-Appointed Benevolent Dictator for Life)”. To come up with list of names of people in order to hire for the entire project, Mark took about six months of Debian mailing list archives with him during his travelling to Antarctica aboard icebreaker Kapitan Khlebnikov in 2004. In 2005, Mark purchased 65% stake of Impi Linux.

“I urge telecommunications regulators to develop a commercial strategy for delivering effective access to the continent.”

In 2006, it was announced that Shuttleworth became first patron of KDE, which was highest level of sponsorship available at the time. This patronship ended in 2012, with financial support together for Kubuntu, which was Ubuntu variant with KDE as a main desktop. 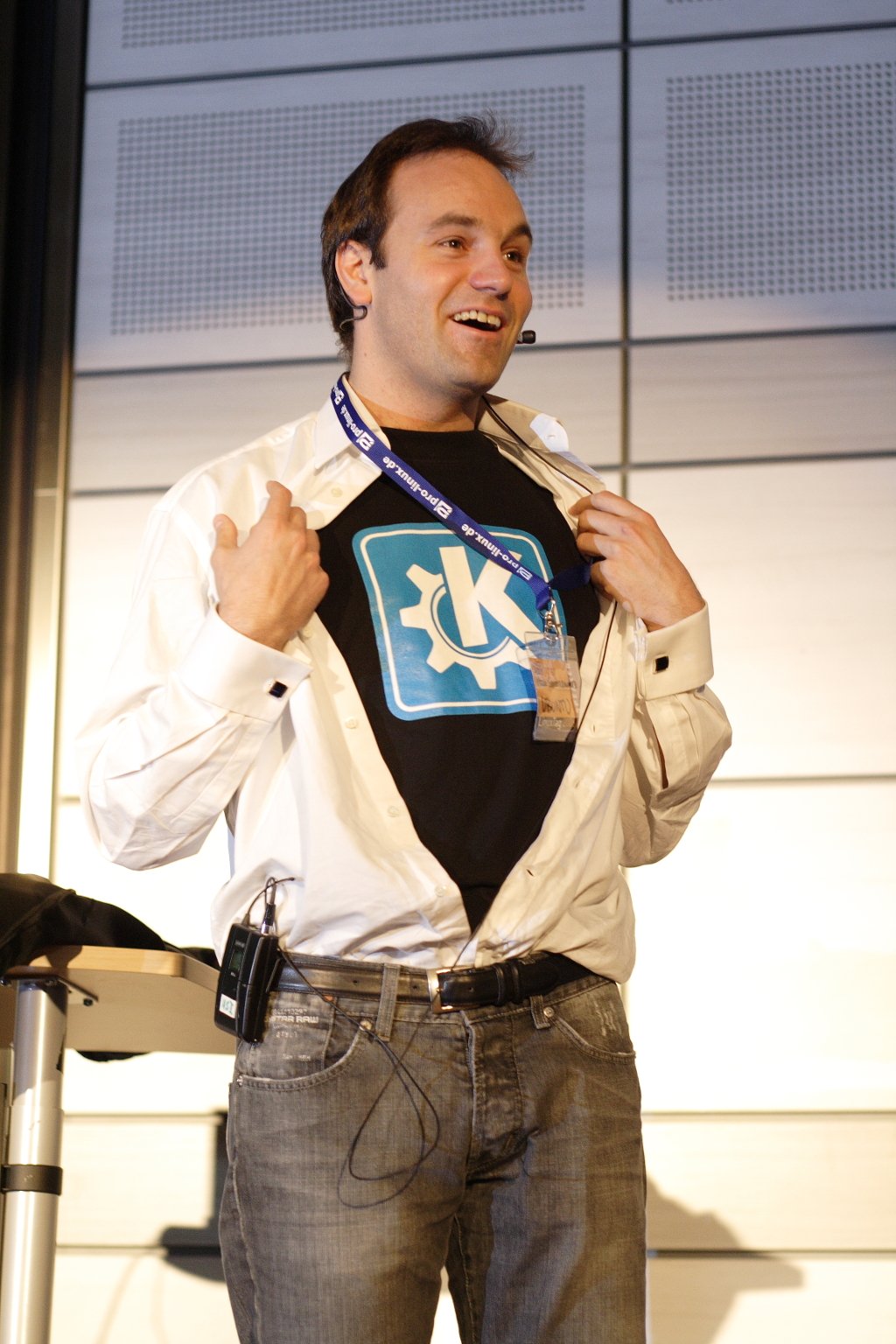 In 2009, Shuttleworth announced that, he would step down as the CEO of Canonical in order to focus more energy on partnership, product design, and the customers. Jane Silber, took on this job as the CEO at Canonical after he was the COO at Canonical since 2004.

In 2010, Mark received the honorary degree from Open University for that work.

In 2012, Mark and Kenneth Rogoff took part together in debate opposite Peter Thiel and Garry Kasparov at Oxford Union, this debate was entitled “The Innovation Enigma”.

In 2013, Mark and Ubuntu were awarded Austrian anti-privacy Big Brother Award for sending the local Ubuntu Unity Dash searches to the Canonical servers by default. One year earlier in 2012, Mark had defended the anonymization method that was used.

“All the major PC companies now ship PC’s with Ubuntu pre-installed. So we have a very solid set of working engagements in the industry. But those PC companies are nervous to promote something new to PC buyers. If we can get PC buyers familiar with Ubuntu as a phone and tablet experience, then they may be more willing buy it on the PC too. Because no OS ever succeeded by emulating another OS. Android is great, but if we want to succeed we need to bring something new and better to market. We are all at risk of stagnating if we don’t pursue the future, vigorously. But if you pursue the future, you have to accept that not everybody will agree with your vision.”

Mark gained worldwide fame in 2002 as a second self-funded space tourist and the first South African who could travel to the space. Flying through Space Adventures, Mark launched aboard Russian Soyuz TM-34 mission as spaceflight participant, and he paid approximately $20 million for that voyage. 2 days later, Soyuz spacecraft arrived at International Space Station, where Mark spent 8 days participating in the experiments related to the AIDS and the GENOME research. Later in 2002, Mark returned to the Earth on the Soyuz TM-33. To participate in that flight, Mark had to undergo 1 year of preparation and training, including 7 months spent in the Star City, Russia. 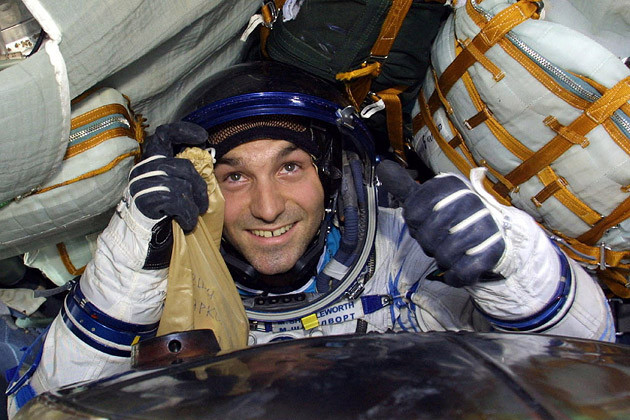 While in space, Mark had radio conversation with Nelson Mandela and another 14 year old South African girl, called Michelle Foster, who asked Mark to marry her. Of course Mark politely dodged that question, stating that he was much honored to this question before cunningly change the subject. The terminally ill Foster was also provided the opportunity to have conversation with Mark and Nelson Mandela by Reach for Dream foundation.

Upon returning, Mark traveled widely and also spoke about that spaceflight to schoolchildren around the world.

“The raw numbers suggest that Ubuntu continues to grow in terms of actual users. And our partnerships – Dell, HP, Lenovo on the hardware front, and gaming companies like EA, Valve joining up on the software front – make me feel like we continue to lead where it matters.”

Upon the moving R2.5 billion in the capital from South Africa to Isle of Man, South African Reserve Bank imposed R250 million levy to release Mark’s assets. Mark appealed, and then after lengthy legal battle, Reserve Bank was ordered to repay Mark his R250 million, plus the interest. Mark announced that he would be donating that entire amount to trust that will be established in order to help others take cases to Constitutional Court.

In 2015, Constitutional Court of South Africa reversed and set-aside findings of lower courts, ruling that dominant purpose of the exit charge was in order to regulate conduct rather than for raising the revenue.