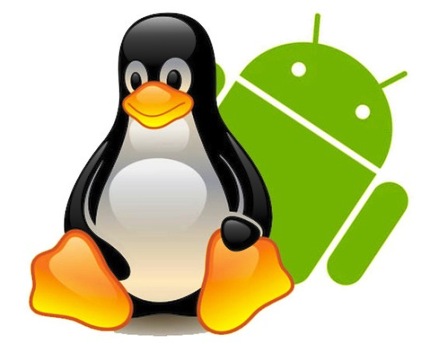 Have you ever wanted to run a Linux operating system on your Android devices? Or you may wish to test or install some Linux apps on your Android phones without impacting or overwriting the Android OS? Well, then follow me. There is an interesting Linux installer app is available to run your favourite Linux distros along with the Android OS.

LinuxonAndroid is an ongoing project developed by Zac Powell and Martin Moller to get a full fledged Linux desktop (Ubuntu, debian etc etc) running on top of Android devices. This project aim is to bring a range of linux distros to your android device through a method known as ‘chroot’, see it has running a linux distro within a virtual machine on your phone. You can access this “virtual machine” and run it on your phone without causing any damage to your device, or having to overwrite anything.

– Shared file system: access your sdcard and storage in both Android and Linux
– Native graphics: run Linux without VNC via HDMI out or on the devices screen
– Audio: play audio from Linux via the devices speakers
– Notifications: view all your android notifications from within Linux
– Send Mail and Texts: send emails and text messages from within Linux, from accounts set up in Android

Is it similar to ‘Ubuntu for Phones’ project?

Yes, It is somewhat similar to Canonical’s popular project ‘Ubuntu for phones’, but has expanded features and few differences. First of all, It is independent of any Linux distribution. Unlike Ubuntu for phones project, LinuxonAndroid can run a wide range of Linux distributions, and not just Ubuntu. Another major difference is the Ubuntu for phones has a minimum required specification, but LinuxonAndroid doesn’t depend on any particular specification Android devices. You can run, atleast lightweight distros, on any Android powered devices. This is the worthiest and most considerable key feature of LinuxonAndroid project.

The lead developer Zac says “Ubuntu for phones project also requires the user to doc their phone in order to access it the Ubuntu GUI, we think that on devices with ever increasing screen sizes being able to access the GUI directly on the device is a key feature”. More importantly, the Ubuntu for phones project is not yet started, whereas LinuxonAndroid is already on the track and is being actively developed.

LinuxonAndroid app is currently available on Google play store, and open source versions are hosted in the sourceforge website.

Also, you can download and use the distro based images here. Current distros include Ubuntu, Debian, Fedora, ArchLinux, Kali Linux, openSUSE and more coming soon!

– ROOTED
– Kernel that supports loop devices (see http://linuxonandroid.org/working-devices/ for known working kernels and ROMs)
– Armv7 processor (Debian does work on Armv6 but other distros do not)
– As much free RAM as possible (you are after all installing a desktop OS)

Is it really going to win over Ubuntu for phones?

To be honest, I really don’t know. But I believe, It will come as close as to Ubuntu for phones project, and definitely will help us to use any Linux OS, not just Ubuntu, alongside Android OS in any Android mobile phones or tablets. Also the developers are currently developing their own Android ROM to offer a seamless experience between Android and Linux.

What are you waiting for? Go and get it, and play your favourite Linux distro on your Android device.