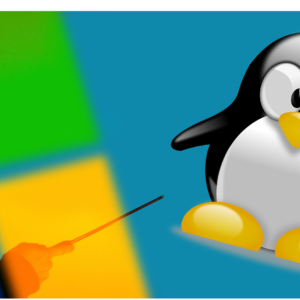 Choosing the right kind of operating system is important. However, each user has their own preferences. While 76% of the overall users operate Windows, there are over 32 million Linux users around the globe too.

However, what is the key difference between the two that make each of them stand out on their own? We’ve seen a lot of movies and references where most hackers seem to operate Kali Linux for launching hacks. It makes us wonder if it’s that good, then why isn’t it mainstream just like Windows?

Well, that’s what we’re here to check. We’ll be focusing on some key differences between the two so that you can get a better idea. So, without further ado, let’s get started:

As per the analysis, Linux features 3 types of operating users, including

On the other hand, Windows has 4 kinds of operating users, including:

Based on the type of users, the operating system assigns certain rules and allows them to operate accordingly. Setting up all kinds of users does require a proper internet connection; else, the OS won’t be able to complete the processes. For smooth connectivity, we recommend Windstream Internet as its services are competitive and give the right kind of internet performance needed to run OS transitions smoothly.

As highlighted earlier, there are more Windows users than Linux users. An estimate showed more than 90% of the total PC market is running Windows as its primary operating system. The reasons for such a high consumption for Windows are that it’s easy to operate and gives more options than Linux. Additionally, Windows even has several licensing agreements with different vendors. Having a Windows OS makes it easier for the users to get connected with these vendors easily.

The kernel is like the brain of your OS. It commands everything going on in the OS. For Linux, the OS is based on a monolithic kernel. It makes Linux consume more running space (memory and resources).

For Windows, the file system structuring is pretty simple. The directories or folders are used to create structures (we commonly see C, D, E, F, etc. drives on our file directory). Whereas, for Linux, we see a root directory that has other directories linked as branches or sub-directories.

More prominently, the directories, files shared within the device or through external devices, and everything else is treated as files. This attribute is absent in Windows.

Since Windows is an extensively used operating system, it makes it easier for hackers to attempt at invading its security. Over time, Windows has received several crucial upgrades for security. For starters, the built-in Windows Security feature was absent but came with the latest OS versions.

In addition, several security upgrades were added and regular updates are received over a month with crucial ones coming quicker. On the other hand, the multi-user architecture of Linux with numerous developers working on the platform globally makes it secure.

In terms of software patches, Windows is able to receive patches over time with new features added, removed, or upgraded. On the other hand, Linux can receive patches whenever the developers that are working continuously on the platform discover either a new feature or a loophole. Doing so, they add the feature almost instantly instead of waiting for releasing a new update.

Since Windows is most widely used worldwide, it makes sense that it does offer users ease of use too. You can buy a new device and it’ll come installed with the latest Windows OS. However, Linux OS is something that is not commonly present and not everyone is a fan of it.

Even though different Linux-based OS such as Ubuntu, etc. have made it easier for the users to install and operate the OS, still, the level of ease of use offered by Windows isn’t present. This absence cannot be ignored.

When it comes to privacy, Linux takes the lead since it offers its users complete control of the device as well as of their privacy. When using Linux, one can be sure of having no third-party integrated applications spying or recording information for whichever purposes.

On the other hand, using Windows becomes a bit mind-boggling since it allows third-party apps to record information. From personal assistance Cortana to One-Drive, built-in apps do take over most of the OS when it comes to creating a personalized experience via recording user information.

When it comes to going head-to-head with the OS source code, Linux allows the users to become one with it. Users can access kernel code and alter it according to its needs. On the other hand, such versatility is absent with Windows. Only a limited number of users are allowed to alter the source code, which is somewhat of a downside for developers.

Surprisingly, developers, even the big giants use Linux for developing purposes. That is because Linux can sustain speed and performance throughout its course. Unlike Windows, it doesn’t need to reboot or install updates to run smoothly. That is why when it comes to performance speed, Linux takes the lead.

Well, there you have it! Based on the information provided above, you now know the core difference between Linux and Windows operating systems. You can comb through some technicalities on your own for better assessment and choose the one that fits your needs. 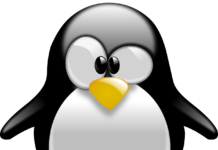