Linux Tycoon, is a new genre of Linux games that gives gamers a great new simulation game to explore. Here is why the game is going to top gaming charts for a long time to come. First of all, this game is developed by Byran Duke a self-styled independent developer who uses graphics skillfully for high-impact gaming and storytelling. Currently, only the beta version is available.

It is priced at $4 and offers a Linux, Mac OS X as well as windows version as well as Free-DRM. Where Linux Tycoon would offer that something extra for the developer in each of the gamers is – the unique opportunity for direct interaction with him so as to drive what they would like to see on the game.

Could this be the future of open source platform? Of course, this ‘pay’ part of the game has set the community talking, both for and against the game developer. While some loath the idea of having to pay for beta version, others view it as an opportunity to buy a game at a lesser price since a stable version release would cost more.

What is Linux Tycoon? the game is about developing a Linux Distro using the given the several resources and then getting their distro to top Distro Charts. Though this is the typical lifecycle of every distro, Linux Tycoon, plays at being different.

Linux Tycoon aims at being ‘an accurate simulation of building large Linux Distro’ and that offers dollops of fun video gaming even as you go through real-time emotions of building a distro and playing hard, fast and furious to drive it to the top of the distro watch list.

Therefore, one gets to experience the thrills and spills of building Linux distros but without having to slog over its development. ‘The back end of the game simply does all the building for you. Hence, Linux Tycoon is poised to be a great simulator game for the most unexpected of themes- BUILDING A LINUX Distro.  It is, what the developer, says, anawesome option to have some fun between all the seriousness of building and working great distros.

Linux Tycoon does offer a refreshing new theme and attempts to reach a plane that goes beyond just aliens, strategies and role play.

Again, if one were to look at the game beyond a developers’ microscope, it could well prove to be a great learning platform for Linux tech-preneurs who are looking at launching their new distros or just again an experience of developing a distro.

Of course, this could be scenario similar to simulated car driving lessons, without the natural impediments and environment, but it has to be said Linux Tycoon does provide, for those interested, an unique building opportunity and a gaming experience to learn and play what they do best- build Distros. 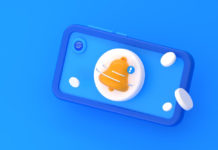 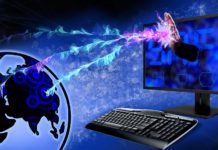 All You Should Know About Linux Hosting