Popularly known as Wesnoth, ‘The Battle of Wesnoth’ is a great example of an immersive game on the Linux platform. A TBS (turn based strategy) war game play on a hex map, it simply makes up for astounding looks with some powerful and captivating game-play. Players are required to build a strong army to control villages and defeat enemies to garner points or experiences. It is developed for single-players as well as multiplayer matches. 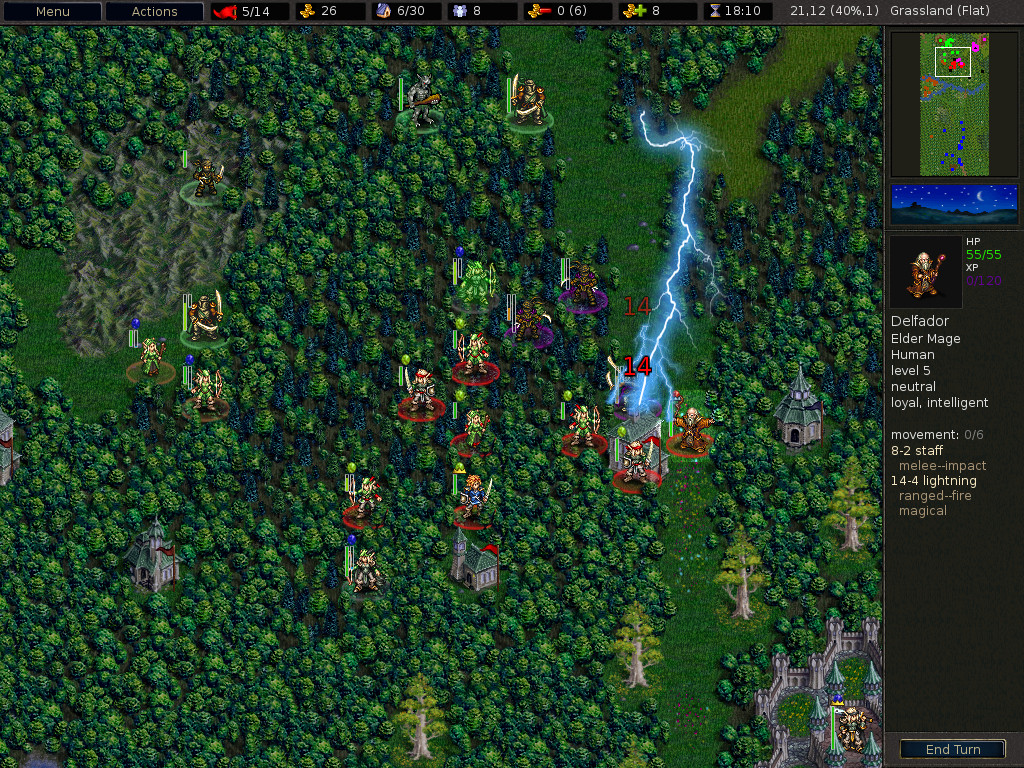 David White first developed this Artificial Intelligence-based game in June 2003. The story and general rules are based on similar games, such as Master of Monsters and Sega Genesis for open source gaming platform.

It is multi-platform game, which is easy to install on Windows to MacOSX and open source platform such as FreeBSD, Open BSD, NetBSD and now historic BeOS. It is available for installation from the Ubuntu Software Center/Synaptic Package Manager. Fedora repositories come with the latest version 1.9.9, which was released on September 7, 2011 along with stable version 1.8.6 released in May 2011.

The Game has a Simple Design

The reason for Wesnoth’s captivating game play is due to the simplistic design. The entire premise of the game is to build an army with multiple capabilities; use characters such as ‘elves’ in their native terrains; adopt various attacks using weapons as varied as blades to fire in a day-night cycle, which is very straight forward unlike the DirectX 11 genre. Campaigns can move to higher levels and gain greater power.

The randomness and uncertainty of the game is what captivates players.

Wesnoth being an open source game derives its content from the community as opposed to proprietary games. This increases the scope for newer campaigns, new unit types or even artwork for the growing storyline. Therefore, official campaigns and units are included with the game download and licensed under GNU GPL like the main part of the game.

As with all popular open source distros, Wesonth every feature has a well-structured and talented team. Thus, the art work team for the game is lead by Fracisco Munoz, with specialist director Richard Kettering while the terrain art is directed by Hogne Håskjold.

Since Wesonth is, perhaps one of the oldest of open source games, music for the game is synthesized and is headed by renowned composers such as Doug Kaufman and Timothy Pinkham in Ogg Vorbis format.

Developed in C++, Wesnoth has its own map editor, for open maps, random map generation. Additionally it also supports in-game terrains. It also has a standard text editor as well called as the Wesnoth Markup Lanugage, which works wonderfully for modifying the game. Lua, can be embedded version 1.7.14 onwards for alternate AI implementation.

As a TBS-fan, your Battle of Wesnoth must have already begun. The game gives true insight to free software and as you continue to battle will appreciate open source software capabilities. 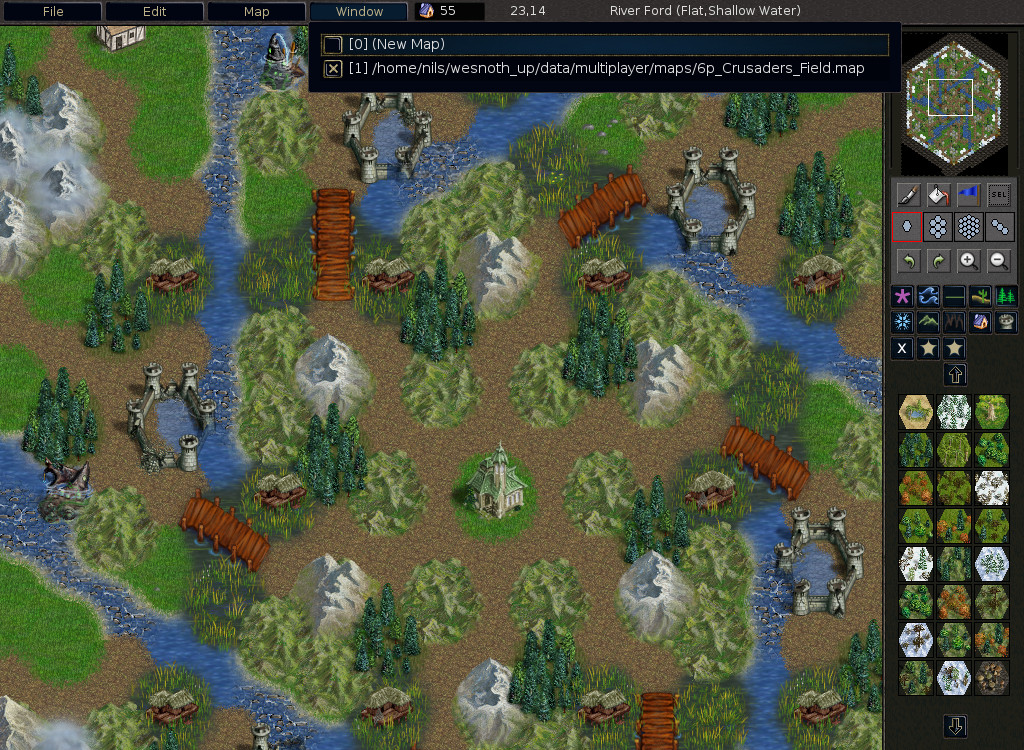