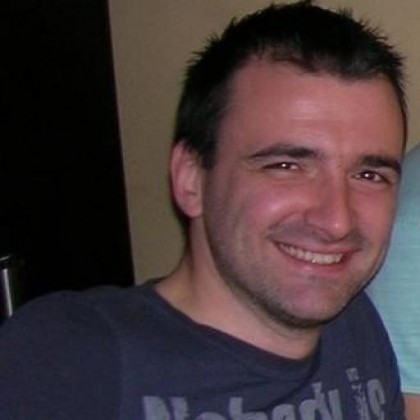 Linux ecosystem consists of so many people doing a great job, and it is only natural for someone not to know everyone out there. Many worthy developers are unknown to the majority of users and sometimes their magnificent projects are unused, or underused due to low publicity. Salih Emin is one of those, and his projects are simply very useful especially for the millions of Ubuntu users, so we decided to do this interview and have him explain everything. Enjoy!

Tell us a few things about you, and how your journey into the linux world started.

Well, my story with linux begins approximately 10 years ago and it started by pure chance when I bought a magazine that came with a Knopix Live CD. I was impressed with how well an operating system was running just from a CD and 128MB RAM !. So I thought if it runs so good from a CD, It should be faster when it is installed on hard disk.

Nowadays many users that are new to Linux, take everything for granted, but back then most of the things you needed to do would require manual configurations on system files.
From then onwards I started using more and more Linux, with Mandrake for about a year and then jumped to SuSE. In the meantime I used many other distributions but mainly Debian and Gentoo. In 2006 I fully migrated my day to day work to Linux Mint and 1 year later to Ubuntu 7.10 and since then Ubuntu is my main operating system. The last four years, I have been involved in various open source projects by promoting open source projects, giving support through forums, translating, testing and bug reporting for various softwares, writing articles (editor at OSArena.net), hosting tech video shows (OSArena TV) and building my own software projects.

What exactly is Utappia, and how many people are involved in this “project”? 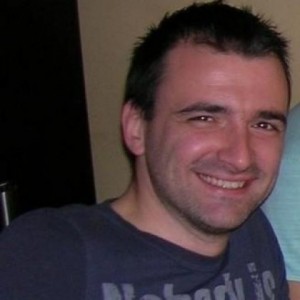 software projects by other developers, under one software service ecosystem. At the time being, Utappia includes two operating systems (iQunix, Cinux), a screencapturing tool (CaptureMe), a system maintenance assistant (uCareSystem) and an Optimized Linux Kernel for Ubuntu based distributions.
There are two main developers on Utappia right now, me and Constantinos M. Apostolu the developer of Cinux operating system.

Give us some more details about the two different operating systems found in Utappia, iQunix and Cinux. Can you describe the state, purpose and tell us for what users these two linux distributions are appropriate?

The iQunix OS is an Ubuntu based distribution that is specifically designed for experienced ubuntu users and power users. With iQunix, you get bare-bone Gnome based environmet where only a minimum set of applications are installed. As you can read on the project website it is aimed at professionals, power users, researchers etc.
The Cinux OS, is a linux distribution that is built from scratch and aims mainly on tech enthusiasts who want to try something that is fast, stable and learn from the procedure. It is evolving and many new features are on the way. Stay tuned!

What was the reason behind the creation of uCareSystem? What exactly is the gap in the functionality of Ubuntu update manager that your tool fills with success?

In most cases, average users want to just press a button and automatically do all the work of checking for updates, installing updates and removing any reanimating of the procedure. This was the main reason behind the creation of 2Click-Update (now uCareSystem). In just short time of the first release I got back a huge amount of feedback and eventually 2Click-Update evolved to not just a “two click and update” tool but also incorporated more than 20 Languages, system cleaning and optimization features thus now it it is named uCareSystem.
Ubuntu’s update manager is just one tool to check and install the updates so it doesn’t deal with cleaning the packages that where downloaded, dependencies that are no more needed, configuration files which are not required and archives in your cache for packages that are no longer in the repositories, or that have a newer version in the repositories. One latest feature is optimization of your Ram memory to free up some precious MB’s.
I believe that the main success of uCareSystem is that it is simple and intuitive and it doesn’t bother user with trivial questions.

Is it safe to use “unofficial” updating tools like uCareSystem to update your system?

uCareSystem is an open source project and if you know bash scripting you will see the it just uses built in Ubuntu commands that are already in your system. It doesn’t do magic, but simply calling system command in a smart way.

To put it simply, no. Optimus Kernel is based on the fact that default linux kernel sucks. The one kernel for all approach isn’t a good idea and it doesn’t benefit us, the Desktop users. During every development step of the Linux Kernel, Linus Torvalds makes decisions based on what is good for every one but unfortunately focusing mainly on workstations, servers and large computer clusters. I don’t blame him for that as the checks and funding of Linux Kernel development comes from large corporations. This is not bad in contrast if it weren’t for this funding, Linux Kernel may not be where it is now.
But all the above comes in sacrificing the best options of Linux Kernel for that suits Desktop users that want just a snappy desktop, best multimedia and gaming experience and best overall desktop experience.
Optimus Kernel is being built having in mind the best options for desktop users. It doesn’t care about servers, mainframes, computer clusters and giant workstations. This is where BFS and BFQ patches are shining, giving the average user a Linux Kernel that is built for him incorporating three “S” principles : Stability, Speed, Security.
There are numerous benchmarks out there so we will provide ours in an image:

As you can see with the BFS scheduler the “Job” will be completed in half of the time that CFS needs. One observation that can not be seen in a picture is that with BFS the CPU had a constant and steady 98-100% CPU utilization, in contrast with CFS the CPU utilization was dropping from time to time to 25%. (read more about this)

Why isn’t OptimusKernel available for other distributions besides Ubuntu? Also, why don’t you give users the option to compile OptimusKernel from source, making it even faster and more optimized to the hardware?

This is because most optimized kernels out there are not available for Ubuntu. They are either available for distributions like Gentoo, Arch, Debian or they have to be downloaded and compiled by the end user.
With Optimus Kernel, I do the job for you whenever a stable Linux Kernel version is out there. You just download it and install it.
If you want to download the source code of , you just read the read me file where I post the links of the kernel and patches I use to build Optimus Kernel.
The problem is that Optimus Kernel is not just a source code and a bunch of patches. It is options, tweaks and knowledge applied by me to bring the best of Linux Kernel to the end users. Even if I give the source code, some things (e.g. knowledge, experience) can not be passed in a source code, or a read me file. You have to know what you are doing.
So if you are an Ubuntu user and you just want to have the best linux kernel by just installing it and you don’t care about doing it your self, then Optimus Kernel is a valid choice.

Most of the video capturing tools available for linux, are either too slow and unresponsive, or too complicated for the simple task of video capturing. CaptureMe is very simple to use, and very performant. What is the technical secret behind the success of CaptureMe?

Actually you have already answered you question. By the time I was creating some videos, for my YouTube channel, there was not a single tool that worked as promised. Every tool that I had tested, had options that I didn’t need, features that where buggy and the overall performance was poor. I just wanted to screencapture and nothing else.
So I decided to fix that by creating a tool that does one thing and it does it well, while also being compatible with every distribution out there.
The technical secret behind the success of CaptureMe is “Do ONE thing and do your best at it” because you just want a video file captured from your desktop, or a window and then if you want to edit it you will use other tools like Openshot, Kdenlive etc. There is no need to duplicate what these tools are best at. This is the reason that CaptureMe has only four options before you begin screencapturing (screencapture with sound, or no sound and desktop, or window)

What are your future plans? Are we going to see more tools becoming part of Utappia project, or polishing and evolution of the current ones?

Yes definitely, more tools will become part of Utappia project and polishing – evolving of the current ones are priority. There are some very beautiful and cool open source software out there that are unknown and we will try to add them in our portfolio.

Most of Utappia software tools are free of price and open source. How difficult is it for a developer to decide to “give away” his hard work?

The most difficult part is not giving away the hard work, but explaining to users why there is a value to financially support the software that you use in daily bases.
You see, I have decided that everybody should benefit from the knowledge that I have been accumulating over the past 10 years and this is the main reason I value my software, free of fixed price. You are free to name a price as free and open source is my software. The problem is in what Pearl Bailey once said :
“Everybody wants to do something to help, but nobody wants to be first.”

Where can we find more about you and your projects ?

I am using most social networks out there so one place to find all of my networks and what I do is at this website.
I also blog from time to time at my personal blog.

Thanks Salih, it was great having an interview with you. Remember everyone, next Monday comes another interview you’ll love to read!