Fabio Erculiani is the founder and lead developer of the fantastic Sabayon Linux. On this week’s interview, we talk with him about the details of the development, some technical details about “how things work” and the reasons that make Sabayon so unique. Enjoy!

Tell us how you got involved with GNU/Linux and why did you decide to create Sabayon.

I’ve been involved in the FLOSS world at the age of 13. My first distribution at the time was Redhat, followed by Mandrake and Slackware some time later. However, in 2002 I discovered Gentoo and it’s been true love since then. The philosophy of exposing all the system internals directly to the user allowed me to learn infinite new things every day at the time, and really helped me becoming what I am today.

Why did you choose Gentoo as the base for Sabayon?

Gentoo is a meta-distribution that you can bend and shape to your likes. Bringing Gentoo to the masses has always been my dream, making it simple is what Sabayon tries to do everyday. You can see it as a layer on top of Gentoo that handles the hard part for you.

Do you have any kind of collaboration with the Gentoo developers?

I am a Gentoo developer since 2009 and I am also contributing to some Gentoo projects and maintaining several ebuilds in the Portage tree.

So, Sabayon tries to be a more user-friendly way to get the power of Gentoo which is suitable for advanced users only. Can a complete linux noob use and maintain Sabayon succesfully?

We’re “draining” users from both Arch and Ubuntu, so I guess several people find Sabayon the next step after childhood (Ubuntuhood) because they just want more control and less commercial/political garbage over their system.

There are a lot of rolling release distributions out there, what makes Sabayon unique?

All the rolling distros I tried were lacking proper packaging, I mean, with Sabayon you can use both Portage (which is the most powerful source-based package manager out there) and Entropy (which is our binary Package Manager that works on top of the Gentoo Base System).
Tell me another distro that has all those things perfectly working together without annoying the (advanced) user. Moreover, if you look at Arch binary packages, you will realize how ill their dependencies are: it reminds me the well known rpm dependency hell problem.

We spend a lot of time in Sabayon trying to find a good balance between split packages and fat binary blobs. We also spent the last 3-4 years working on next gen Binary Package Management applications and you’re going to see the outcome of this effort starting from the next month: we’re about to launch a new “Google-like” Applications Management UI, its name is Rigo and you can find more info about it on my personal blog. 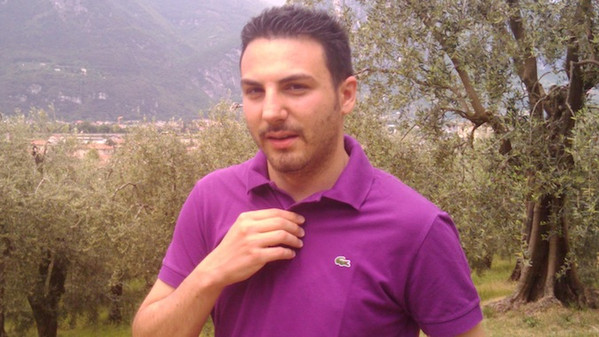 How hard is it to balance stability and frequent updates on a distro that offers 5 different desktop environments? What is the contribution of Entropy Matter on this task?

It’s actually very hard. But it’s just a learning process, we define upgrade paths, we test them in experimental repositories and collect feedback that is back used to define the aforementioned upgrade paths. It’s a non-stop process that made possible to automate several tasks typical of a rolling distro: continous package bumps. This is how Matter works, in layman terms: upstream Gentoo push new ebuilds to Portage, Matter scans for these weekly by pulling a new Portage tree checkout and compiles them (the ebuilds bump selection happens through .spec files, which contain a list of packages that can be automatically compiled if certain criteria are met). However, critical packages or big bumps are still manually handled (for eg. KDE, toolchain, kernel).

Why do you use the word extreme to characterize various aspects of Sabayon Linux? Extreme gaming, extreme browsing, extreme work, extreme development, extreme-rolling are just some examples found on your website. What is so extreme about Sabayon, and why is it good for an operating system to be “extreme”?

You have to try it for a few weeks in order to fully realize what this “extreme” thing is. We offer many ~0-day packages (meaning that we offer them the same, or next, day they’re released by upstream) but we do that in a way that enthusiasts have them first. All our new packages go through 3 stages, in order: hell, limbo, mainline. Matter pushes packages to our “hell” repository from where we manually review them and move to “limbo”. Once in limbo, packages are available for public consumption and sit there for a week (95% of the bugs are found at this stage). After a week, the limbo repository is spilled into the mainline repository.
Starting from Sabayon 7, the mainline repository is weekly snapshotted into a repository called “sabayon-weekly”, which is the default mainline repository nowadays. This way, users wanting super stability have it out of the box, while those wanting a full rolling experience can easily move “back” to more aggressive repositories. The idea comes from the fact that newbies are less inclined to changing critical settings like these, resulting in a better and stabler experience, which is a win-win.

How many people are involved in the development of Sabayon Linux? What is the level of community contribution?

I think we’re 5-6 core developers, including me, and a lot of external contributors (submitting bugs via Bugzilla, answering to forum posts, and so forth). The most important thing is that we’re all having fun. I wouldn’t continue working on Sabayon without the “fun” part.

Gnome Shell, Cinnamon, KDE, LXDE, Xfce, E17. What do you choose to use and why?

I am currently using GNOME 3 in Shell mode, but I find it quite buggy and braindamaged (or braindamaging? ;-)). I hope XFCE will move to Gtk3 (which I love) soon though.

What future plans are there for Sabayon?

You will see a lot of new stuff in the coming months, starting from Rigo.

Thanks Fabio! See you everyone next Monday with another interesting interview