Emesene 2.11.9 has been released, The new release comes with many new features and bux fixes, so if you are using an older version, it is adviced to upgrade to this new one.

What`s new in this new release?

– Download plugins and themes from within emesene (directly from github)
– A new (and better) Plus! color parser
– A new and improved version of papyon (msn library) inside emesene (with lots of fixes, no more external dependency required)
– A contact management list for the msn protocol (the good ol’ Privacy Lists)
– Lots of custom emoticon fixes
– Almost 200 user reported issues were fixed! 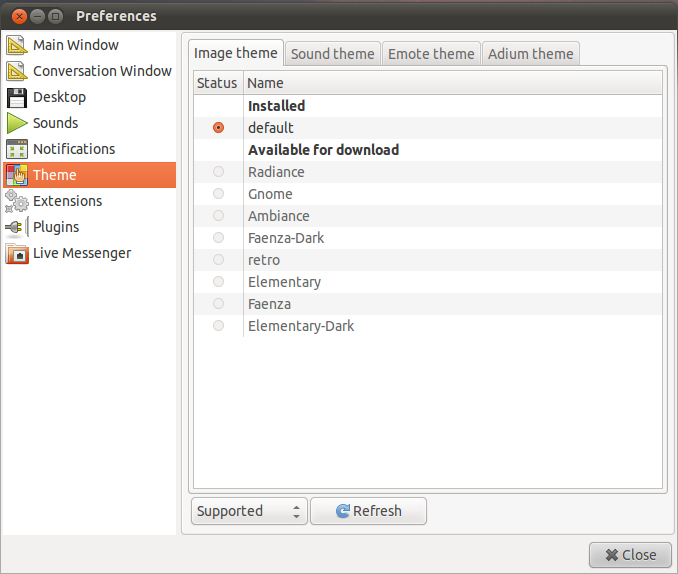 Installation in Ubuntu and LinuxMint: