Berkeley Software Distribution, abbreviated as BSD, is a UNIX operating system derivative, developed and distributed at the university of California, Berkeley, from 1977 to 1995 by a group of programmers (Bill Joy, Marshall Kirk McKusick, Kenneth Thompson etc…) at the Computer Systems Research Group (CSRG).

BSD systems are renowned due to their organization and their performance in their applications: reliability as a server for FreeBSD, portability for NetBSD and security for OpenBSD. Their exceptional stability allows them to operate without stopping or restarting during extremely long periods (several years).

Also be aware that BSD is a license, as well as the GPL. Basically, the BSD license is “laxer” than the GPL, to the extent that it doesn’t require that the code created from a BSD code must be a BSD one also.

The BSD license (Berkeley Software Distribution License) is a free license used for software distribution. It allows to reuse all or part of the Software without restriction, to be integrated into a free software or owner.

The BSD licensed code can be published under the GPL license without the consent of the original authors, as the terms of the GPL respect all policies of the BSD license.

Contrariwise: GPL code can’t be putted under the BSD license without the permission of the authors. Since, the BSD license does not respect all the constraints imposed by the GPL. By transforming GPL code to the BSD license, for example, it will allow the redistribution without providing the source code which it is prohibited by the terms of the GPL.

Now make a small tour to see wholesale what are the particularities of each declination of BSD. After each presentation, I will summarize in a few words for whom and for what we can use the corresponding distribution.

FreeBSD is a free UNIX operating system. “Free” has a connoted meaning: firstly it means that the software is free for use even for commercial purpose, and secondly that anyone is free to submit his source code, to remove a bug or improve the software. 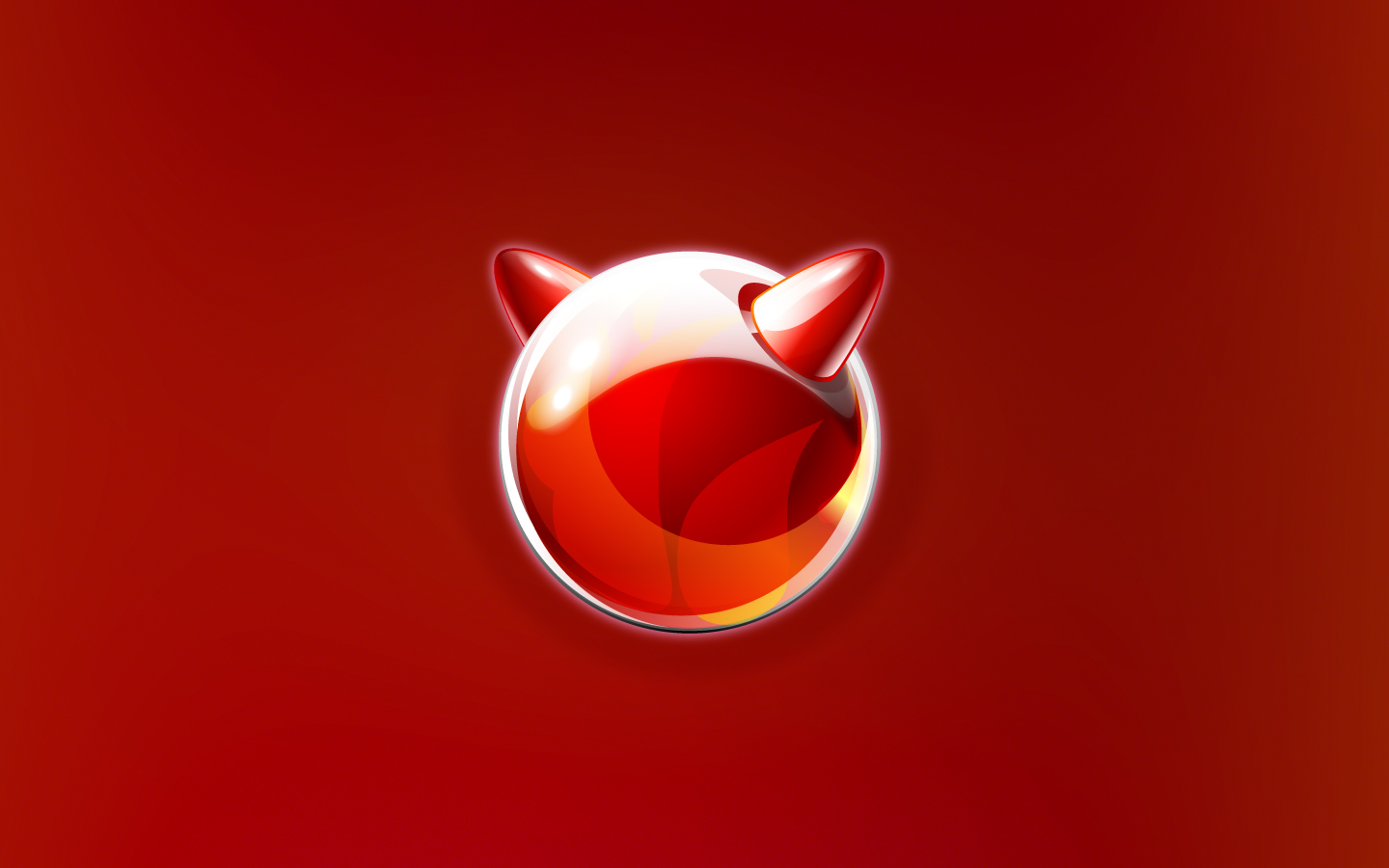 The goal of the FreeBSD Project is to provide software for any use, with the least possible restrictions. It provides advanced capabilities in terms of network performance, security and compatibility. There is especially a Linux binary compatibility and Windows NT (XP included). The first allows the execution of Linux compiled programs, the second allows the use of Windows NT drivers, of wireless LAN cards and Wi-Fi AirPort (Apple WiFi). This software is industrial standard in the servers market. Many hosting companies use FreeBSD, including Walnut Creek CDROM, Yahoo! Inc. or Netcraft.

The developers of FreeBSD put a big effort into developing the system to be the easiest version if it possible. Indeed, FreeBSD has one of the easiest installs of all the UNIX platforms. Once the system has been installed, it is possible to easily download, compile, and install additional packages through the built-in ports system. The Ports Collection downloads the necessary files, checks the files for integrity, builds the application, and then installs the application. This simplifies one of the most time-consuming aspects of deploying applications to different computers.

PC-BSD is a user friendly desktop Operating System based on FreeBSD. Known widely for its stability and security in server environments since FreeBSD provides it an excellent base on which it is possible to build a desktop operating system. It is not a modified version (fork) of FreeBSD. Instead, it appears as an additional layer, allowing the easy installation of an office environment ready to use. It is available for 32-Bit and 64-Bit. 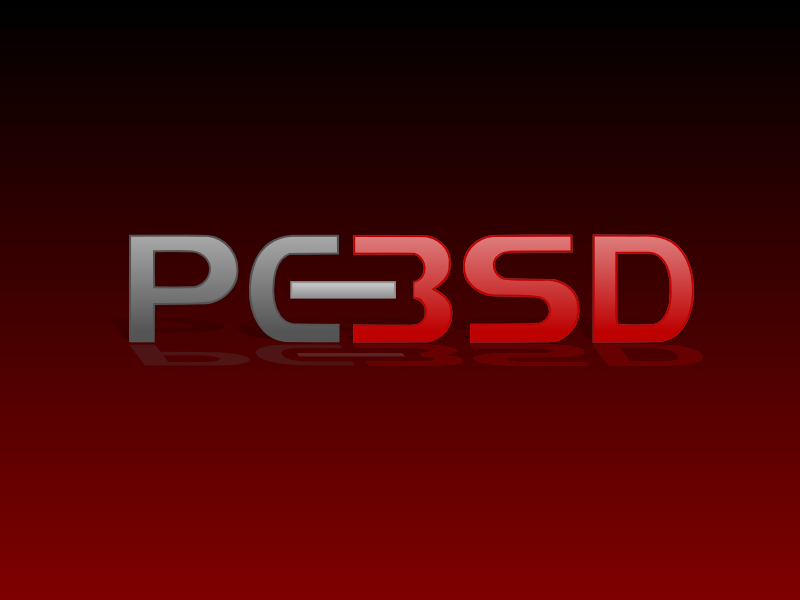 Thus, PC-BSD is simply a FreeBSD to which we added the “LiveCD”. So this distribution is the easiest one that could be installed. This is the one I recommend to those who don’t know exactly how to use FreeBSD and don’t have enough informatics knowledge, and want to benefit from a huge part of the advantages of BSD systems.

NetBSD was released a few months before FreeBSD. Unlike FreeBSD, which concentrated on the performance and best-quality support for its main target platform, NetBSD was developed to support as wide a platform base as possible. It is the most common operating system (fifty different architectures); this portability is also his great pride. It is a completely free software based system, most of its components are released under the BSD License. NetBSD is “admin friendly” rather than “user friendly”. However, for a programmer or system administrator, the system is much easier to be understandable. All interfaces and drivers are documented in man pages, not in text files scattered in various places. 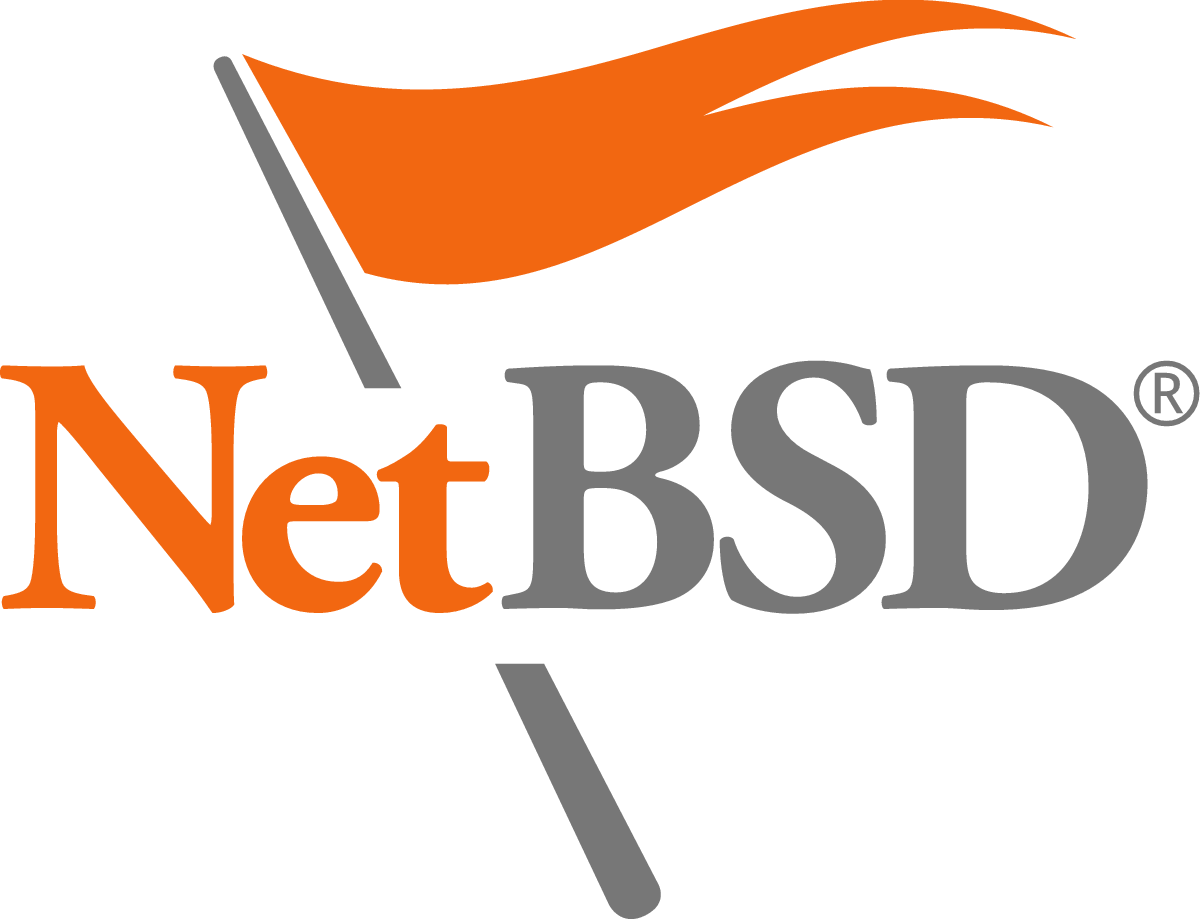 NetBSD runs on much more powerful hardware than is supported by other distributions. Higher-end dedicated Unix workstations from Sun, Hewlett-Packard, and the old Digital/Compaq Alpha platform can be used with NetBSD to provide all of the stability and performance of the BSD platform while giving a new lease of life to older available hardware.

The portability is also a major attraction as a deployment and re-development choice for building your own computers, or using one of the many embedded hardware solutions. This keeps NetBSD as a popular choice in universities and science labs.

From any installation of NetBSD, it is possible from a single made command to rebuild the entire NetBSD distribution for any architecture. It is even possible to compile a NetBSD distribution from FreeBSD or Linux. This makes NetBSD system the choice to develop the embedded systems (routers, firewalls, IP video cameras, etc…)

In award: if you do not have a very strong background in Network and Information System, it is not even bother to touch it. NetBSD is for professional systems, not for daily use.

OpenBSD is a free Unix-like operating system derived from BSD. Created in 1994 by Theo de Raadt, OpenBSD was developed after a disagreement over the future of the NetBSD code, the oldest of the three other major family of BSD operating systems. The OpenBSD project is renowned due to its intransigence on free software and source code, the quality of its documentation, and the importance attached to its security and integrated cryptography. It includes a range of built-in cryptography standards, such as RSA, Blowfish, DES, and full support for the IPSec TCP/IP security system. 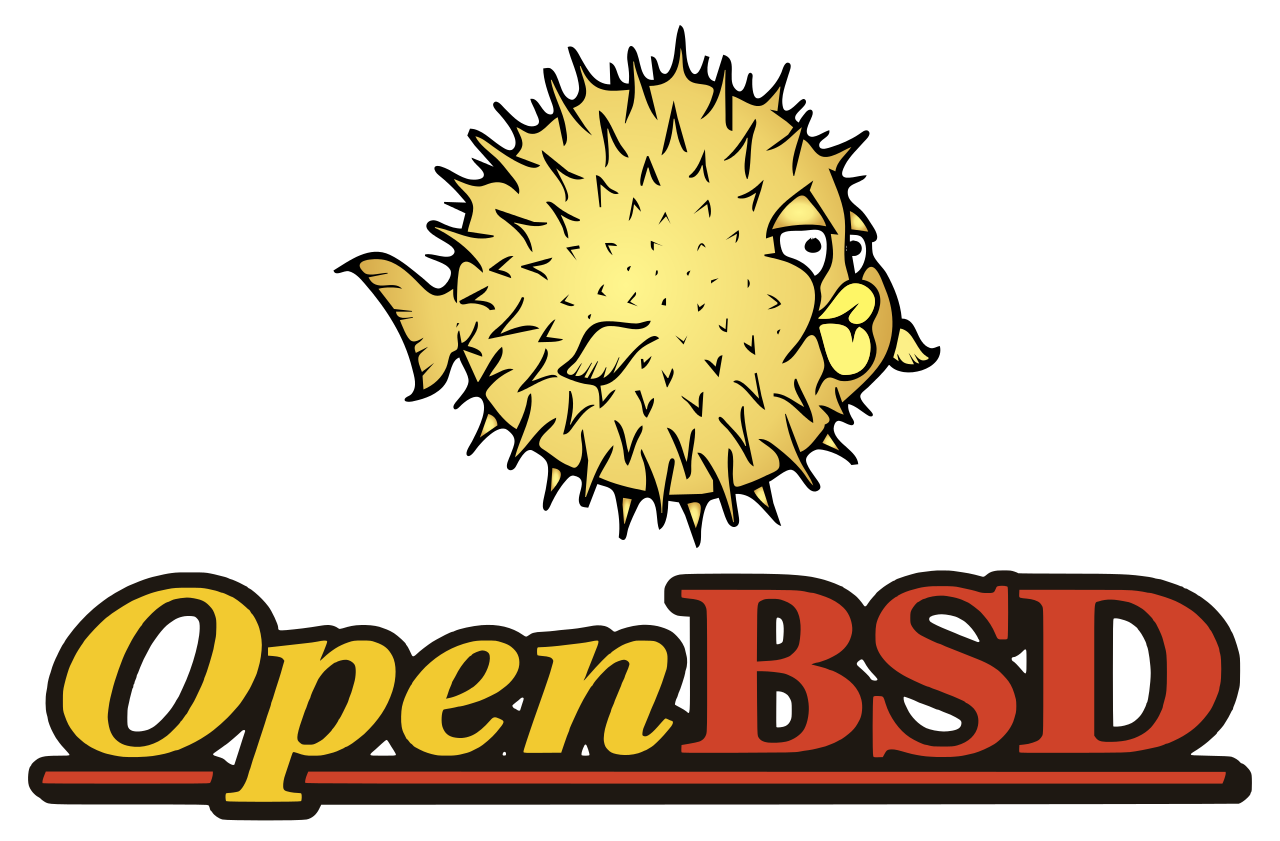 The project follows strict policies on licensing and prefers the open source BSD license and its variants: in the past, this has led to a comprehensive license audit and replacements indeed suppression’s of some code released under a license considered as less acceptable.

OpenBSD is at a very high level, either in terms of knowledge to master it or in terms of security and stability. It is made to run on servers or computers that can’t afford to restart or to stop (eg banks, real-time systems, etc.).

OpenBSD is the obvious choice on the server because of its very high security principles. But if you need a UNIX environment but also want access to commercial applications like Microsoft Office, or products from Adobe, Alias, and others, Mac OS X delivers the best of both worlds. The FreeBSD-like kernel provides a complete set of standard UNIX utilities and libraries that enable you to use the BSD and OS X elements simultaneously. For a pure Web server, FreeBSD is also a good choice purely because of its stability on key hardware platforms like x86.

DragonFlyBSD is a BSD operating system. It results from a fork of FreeBSD 4.8 in 2003 conducted by Matt Dillon, judging the new threading system and SMP FreeBSD 5 inefficient and difficult to maintain. 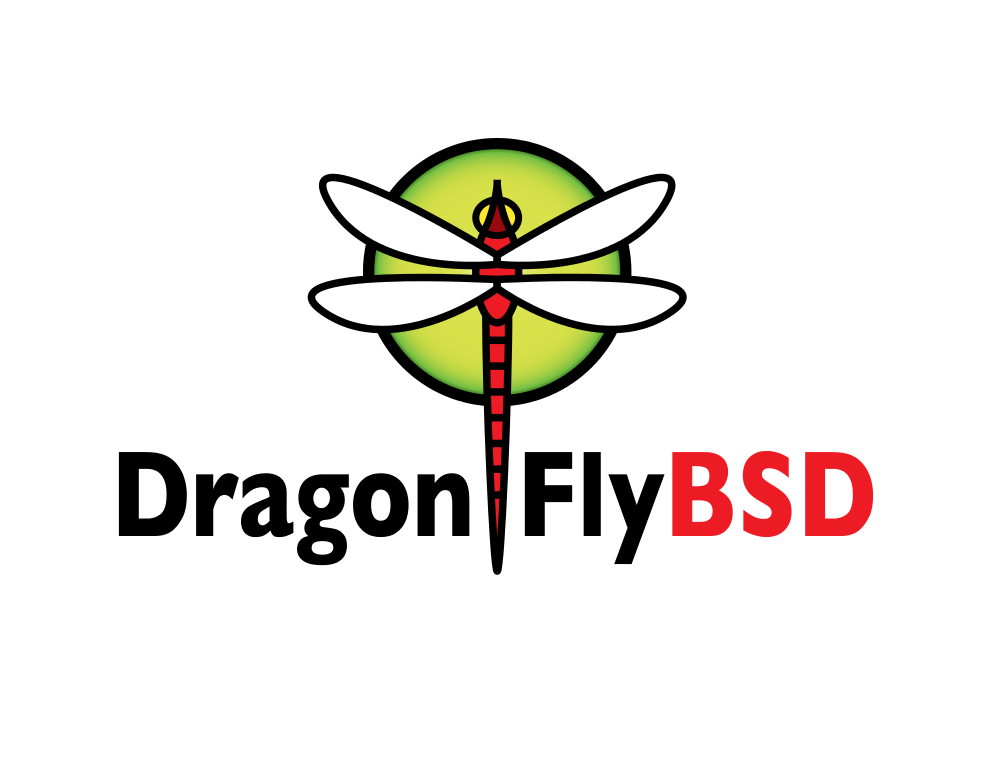 This project promises to be the logical continuation of the FreeBSD 4. It is available as a “LiveCD”. Matt Dillon considers DragonFlyBSD, is addressed to administrators and users who have neither the utility nor the desire to compile all of their applications. DragonFlyBSD will eventually employ primarily a “packet” system does not have the Common problems such as conflict of libraries, and the complex inter-dependencies, which complicate updates. All without omitting the possibility of compiling from source to adapt the application to individual needs.

Different BSD distributions were outlined above. Personally I am interested in FreeBSD, OpenBSD and NetBSD system, the others are optional for me. And you what is your choice?