Unity is a shell interface for the GNOME desktop environment developed by Canonical for its Ubuntu operating system. It is designed to make more efficient use of the space, given the limited screen size of netbooks, including, for example, a vertical application switcher (also known as the launcher). Unlike other Linux desktop environments, Unity is not a collection of applications but is designed to use existing programs.

Up until now, Canonical used to maintain two discrete versions of Unity, which were visually almost indistinguishable but technically different. However, with the latest Ubuntu release the things have changed, thus Unity 2D is being discontinued for the release of Ubuntu 12.10. The reason why the Unity 2D stopped is the fact that the 3D version becomes more capable of running on lower-powered hardware. Personally I don’t agree with that statement, because I have already tested Ubuntu 12.10 in Core2Duo CPU and it is significantly slower than XFCE, Cinnamon or Gnome shell. Furthermore, if you benchmark your PC using Unigine Heaven, you will find out that Unity has the worst performance among any other Linux environment. However, in case you own a modern CPU this is a difference that cannot be easily perceived by users. Anyway, I hope developers will do a better job on that one, since they have to maintain one branch only, instead of two.

This app should be your first priority in order to tweak Unity. Although it is still not perfect and there’s also much space to improve, you won’t need to open terminal again to install the apps now after the combination of “App Center” and “Source Center”. By now, you can still use the old App Center and Source Center in Ubuntu Tweak 0.81, use Source Center to purge the source and downgrade the apps, until all the features are ready in the new Apps. The new version supports Ubuntu 12.10. Here is the release log:

* Overview of Changes
– Add Disable “Show Desktop” in the switcher (12.10 only)
– Add the Apps shortcut to Unity launcher icon
– QuickLists Editor support 12.10 and reordering the unity items
– Add installation status in app view
– Disable the Window tweaks for 12.10
– Add cookie and cache (12.10 only) support for Apps If you are one of the users who finds Unity too slow for his needs, you can use the dconf-editor, in order to customize it. To install dconf-editor use the command bellow:

Now open the dconf-editor and change any option you like and use Power Users Unity Options link as a manual. For example, if you want to speed up the Windows minimization, follow the following path:

Notice that any changes you make take effect immediately. So if 0 is too fast, pick another value upon your taste. Try different settings and see on-the-fly how Unity reacts upon your changes. Instead of dconf-editor, there is MyUnity. MyUnity is a tool similar to Ubuntu Tweak but is used for the main purpose of customizing the Unity interface without using CompizConfig-Settings-Manager (which is targeted into more advanced users). Simply put, this utility provides a user-friendly way to adjust, tweak and customize parts of the Unity desktop. You can easily change settings like,Launcher and Panel transparency, Adjust Dash blur, Display Home, Trash, and mounted drives on the desktop, Adjust launcher size, backlights and hiding preferences, Tweak font settings, including size, RGBA and hinting. Just use the command bellow to install myunity first and then start testing. Another tool is Unsettings.Yes sir, the name scheme means Unity Settings. Like any other tweaking tool that comes with some unique features, like: disable the global menu and overlay scrollbars or easily add applications to the systray whitelist. Besides these, the application also comes with features found in other Unity tweaking tools. Finally, there is one more final option for tweaking Unity, called CCSM, which is short for CompizConfig Settings Manager. This is a configuration tool for Compiz Fusion and so does Unity. It is used to configure the many plugins included in Compiz and Compiz Fusion, as well as the use of various profiles and intergrates better with existing desktop settings.

Pay attention though, The CompizConfig Settings Manager is a powerful application and some users have reported it breaking their desktop configurations. If you encounter problems after tweaking your setup with CompizConfig, you can easily reset Unity to its default settings with a single command:

Last but not least, I think that Amazon links in Dash, slow downs the indexing. In case you want to turn off any commercial shopping spam, use the command bellow: 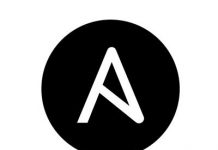 Ansible Review: How to easily automate your IT infrastructure