Probably you’ve heard about the NSA surveillance program PRISM, XKeyscore and the GCHQ’s Tempora. If you did not, you should start looking up for information, because we have bad news, you are being tracked down.

Basically, these are clandestine-mass-electronic-top-secret-data-mining programs, operated by the National Security Agency and other governments agencies such as the Britsh Government Communications Headquarters.

Talking about PRISM, on 2007 the NSA has been given “special permissions” that authorizes it to monitor the phone, email, and other communications of U.S. citizens for up to a week without obtaining a warrant. PRISM plans were revealed by the ex-NSA contractor Edward Snowden who told the guardian’s journalists that enterprises such as Yahoo!, Google, Apple, Microsoft, Facebook among others, were (well, they actually are) collaborating with this surveillance program, tracking down on people’s conversations, what kind of apps they use, what websites they usually visit, etc.

Ok, that was a short introduction to this article. There are several programs you can use to stop this companies and governments on hunting and tracking you down. The following is a list of them.

Note: Follow these recommendations at your own risk, we are not responsible for any damage caused by this review.

If you are here, you’re probably using linux or any unix-based OS. Anyway you should be aware that, as stated before, Apple, Google and Microsoft are part of PRISM, so we strongly recommend avoiding their proprietary OS (Google Chrome OS/Android – Windows/Windows Phone – Apple OS X/iOS , the alternatives are Linux and/or BSD.

Note: We recommend almost any Linux OS, we say almost because there are reports that Canonical’s Ubuntu contains Amazon ads and data leaks. It is supposed that Ubuntu’s spyware is currently contained in the Unity desktop environment. Ubuntu derivatives using alternative desktop environments (Xubuntu, Lubuntu, Kubuntu) should be theoretically safe, although they may still contain non-free software.

When using cellphones, a good alternative to Android is CyanogenMod or Replicant. Sadly, If you have iOS or Windows Phone there are no open-source alternatives for these.

Chrome (or Chromium), Internet Explorer and Safari are not recommended, instead you should use Mozilla Firefox or the Tor Browser Bundle.

When using Mozilla Firefox, we strongly recommend using add-ons such as AdblockEdge, Disconnect and HTTPS Everywhere.

For web search YaCy is a promising project that offers fully decentralized peer-to-peer search. The more people who start using it, the better the results will become.
Others web search pages that don’t keep logs of what you usually search are DuckDuckGo and StartPage, this search engines provide you with anonymous Google search and image results through a free proxy.

CloudDNS: CloudDNS is an Australian based security focused DNS provider. Though their public website is under construction, the public DNS resolver ir fully functional.

There are several other things you can do to avoid spyware/trackware and surveillance programs. Of course there are not 100% effective tools, but these should help. There’s also a community web page that’s always up to date, for further information you can go to Prism Break. 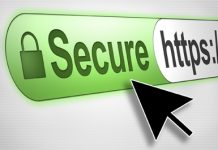