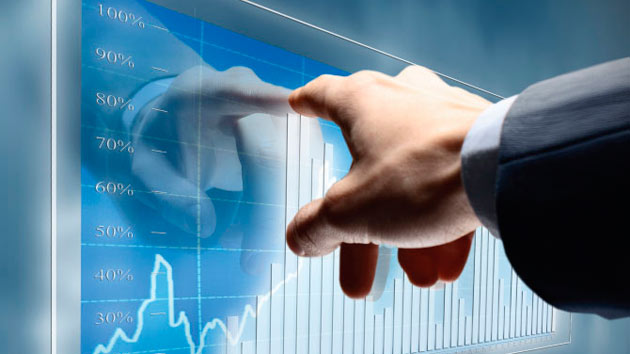 Collecting data (stats about servers, applications, daily site traffic, etc) is the first step when troubleshooting site issues, looking to implement performance improvements or engaging in analysis of any kind. Of course, raw data alone is not enough to develop any improvement or conclusions, so the second step is data organization. Together, these two steps result in changes to server configuration, developing conclusions and implementing improvements.
There are a lot of tools which can be used for this purpose, but in this series of tutorials we are going to look at three that can be combined nicely to automate your full monitoring system: Graphite, StatsD and collectd. Here are the basics:

In this first guide (part 1) we’ll look at installing Graphite on a Ubuntu 16.04 Server. Stay tuned to hear about the others so that you can integrate all three into a fully automated monitoring system!

First of all, update the server:

Next, install two components of Graphite: graphite-web and graphite-carbon; these are both present in Ubuntu repositories:

The installation process will ask whether Carbon should remove the database files when deciding to purge the installation. Choosing ‘No’ will save the stats.
This call will install Graphite completely, but now you will want to do a little additional configuration.

Configure a database for Django

Graphite-web is a Django Python application which needs to store its data somewhere, even if the Graphite data is handled by Carbon and the whisper library.
By default, it is configured for using SQLite3, but it’s preferable to use PostgreSQL.

After installation is complete, create a new user and database for Graphite. To do this, execute:

The PostgreSQL shell will be started.

Then, create the new database that will be used by Graphite:

The database is now ready to use.

In order to use the database you just created, you’ll need to configure the Graphite Web Application. To do this, edit its configuration file:

For security reasons, you’ll want to uncomment the

line and then replace this parameter’s value with a line that would be very difficult to guess:

Next, configure the timezone as this will affect the time displayed on your graphs. In my case, for instance, it would be:

Lastly, you’ll want to save, exit and sync the database.
First:

During this process, create a new superuser account for the database.

Carbon is the Graphite storage backend. You’ll want to configure it to start at boot time by editing one configuration file:

Save, exit and edit the Carbon configuration file:

Configuring Storage Schemas is necessary for telling Carbon how long to store values, and also how detailed these values have to be:

This will match any metrics beginning with

Aggregation happens when Graphite makes a less detailed version of a metric and its default behavior is to take an average of the collected data points. To modify the way in which Carbon aggregate points, edit the

This file is structured similarly to the previous one, with entries like:

is used to specify the minimum percentage of values that Carbon should have to do the aggregation. 0.5 means that it will need 50% of the more detailed data points for creating an aggregated point.

Save these changes and exit. Then:

An Apache Web Server is needed in order to use the Graphite Web interface.
In order to configure Apache, disable the default virtual host file:

At this point, Graphite is correctly installed and configured. It’s possible to test it by using your web browser to access http://localhost.
Of course, this is just the first step in configuring a full monitoring data system, because Graphite itself can only do a handful of tasks.
The next guides will talk about integrating it with collectd and StatsD for automating your whole monitoring system.