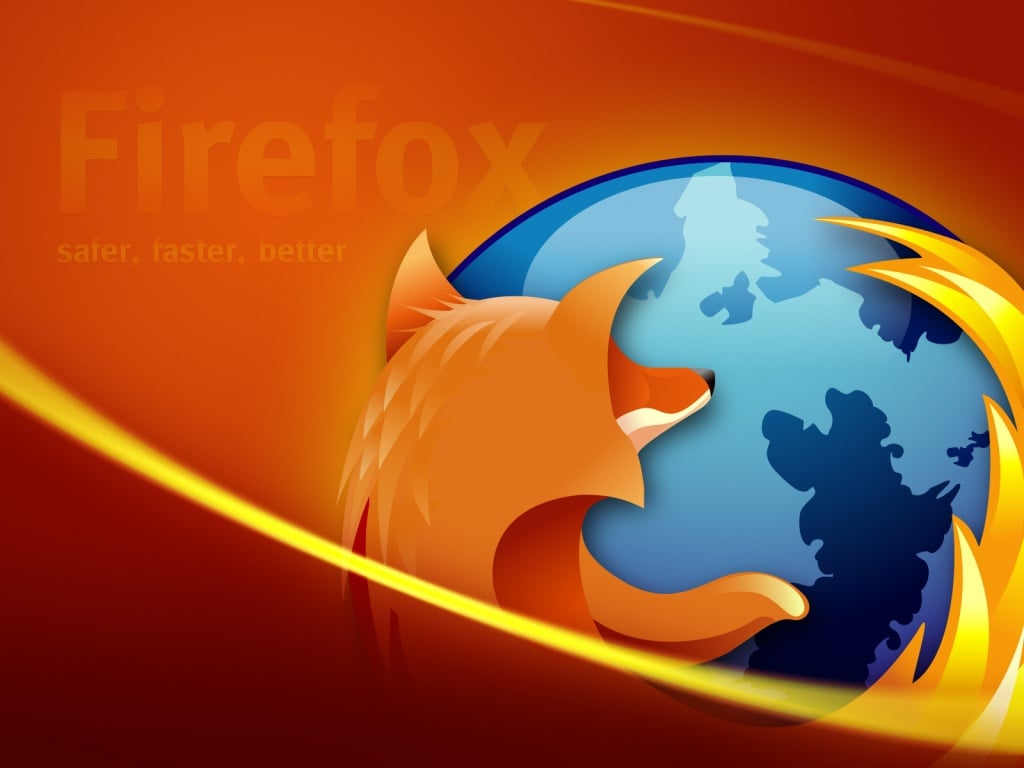 Mozilla Firefox 29 has is available for download with a new user interface known as Australis and with many important changes and new features.

The Gamepad API is finally finalized and enabled and I am sure that gamers will be very happy to play web games with a gamepad. The Gamepad API is designed to be very simple and to work with the traditional gamepad controllers, however it is difficult to support every device.

What are some other new things in this release of Firefox? Firefox 29 has many other new features such as a redesigned and improved customization mode, an interactive on boarding tour to guide users through new interface changes and the ability to set up Firefox Sync by creating a Firefox account.

There are also two known unresolved issues: Text Rendering Issues on Windows 7 with Platform Update KB2670838 (MSIE 10 Prerequisite) or on Windows 8.1 has a workaround and Without affecting security, after restoring your session, Extended Validation Certificates might not display.

The following is the full list of changes and developer features in this version of Firefox:

How To Install Firefox 29 In Ubuntu

It is very easy to install Firefox 29 in Ubuntu, just open a new terminal (CTRL+ALT+T) and run the following commands shown in each step.

How To Install Firefox 29 In Your Linux Distribution

Once the installation of the Mozilla Firefox web browser has finished you can go to Applications, Internet and then Mozilla Firefox or if you are using the Unity desktop environment launch it from the Dash.

After the Firefox web browser is opened you will be presented with a simple tour that will show you what is new in this version of Firefox like shown in the following screenshot. 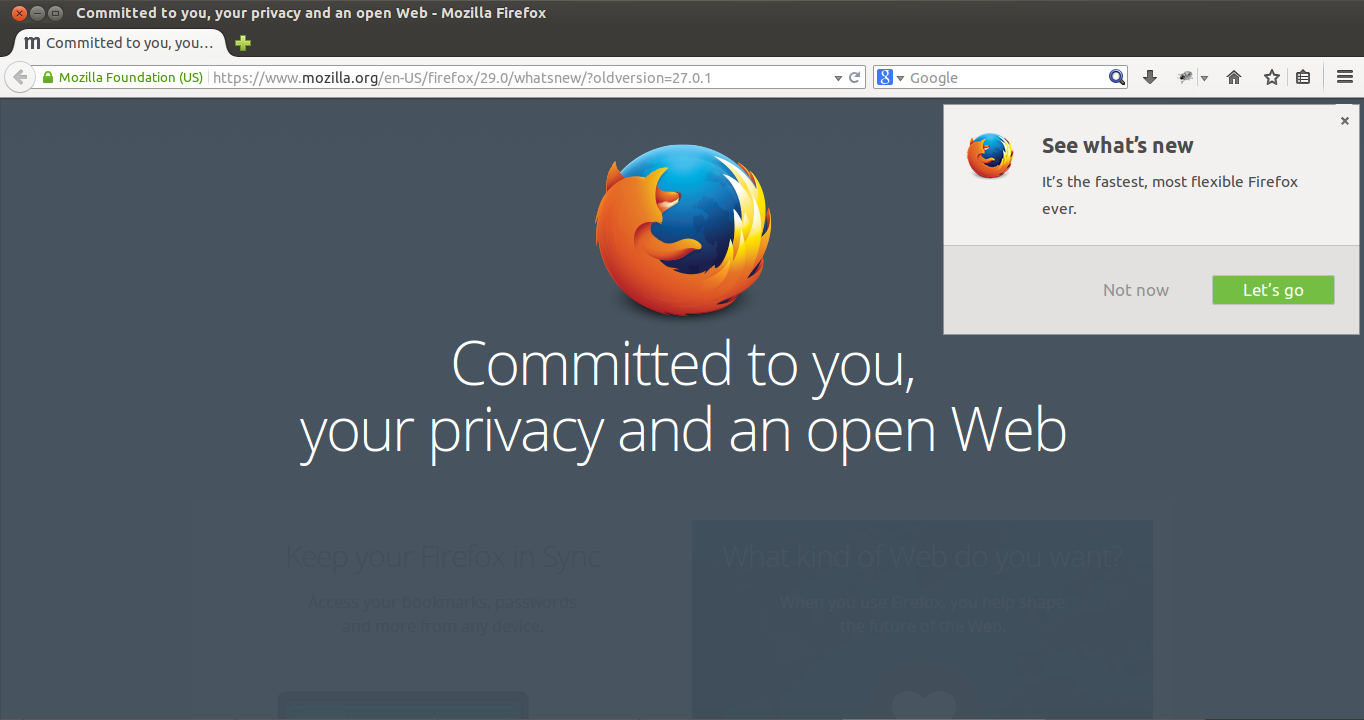 Then you will see a redesigned, intuitive menu. 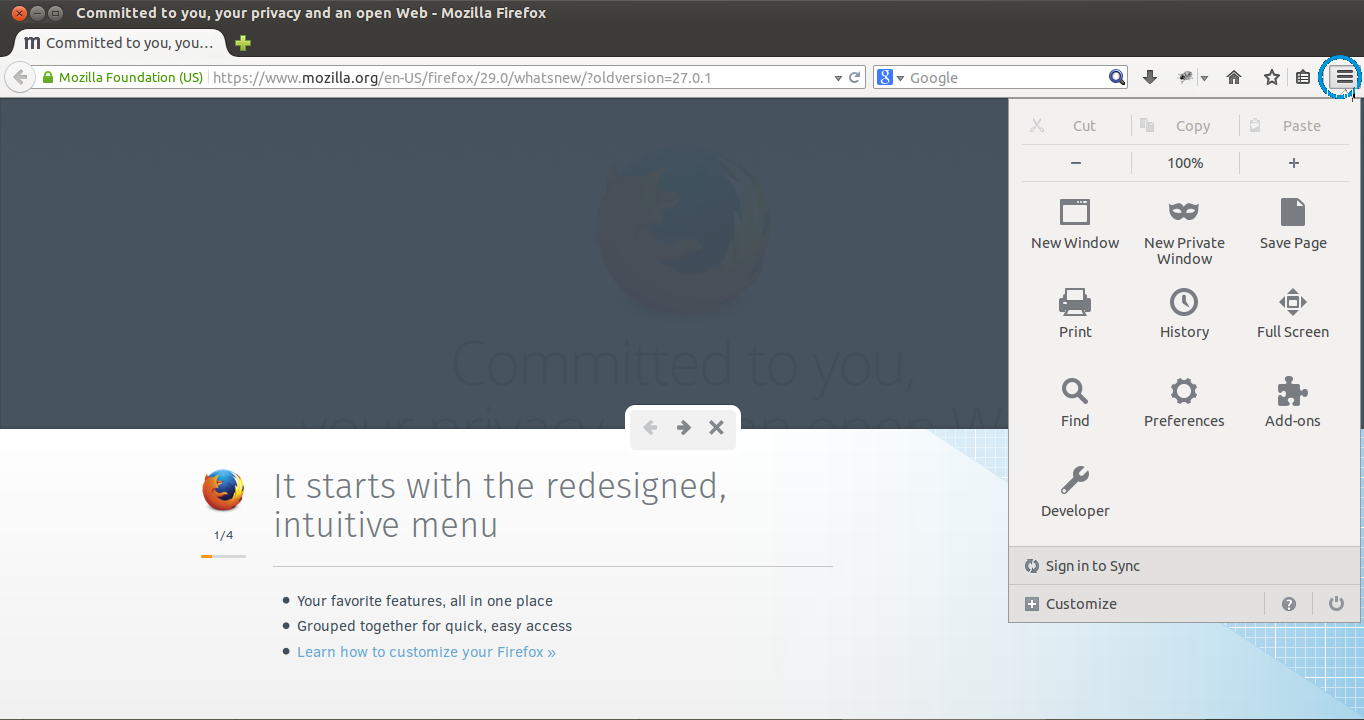 Unfortunately the known issues remain unresolved, but we have to wait for the official release of Mozilla Firefox to see what is going to happen with these issues.

Note: this is not an official release, it is the release made available by the security team of Mozilla so if you want something stable you should wait for the official release.