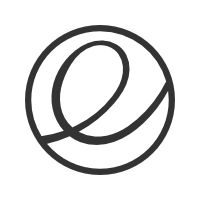 Now I’m sure everyone knows that I love Bodhi Linux, very much. I rant on about it how good it is all the time. Well, here comes the shocking part; I reckon I have found something better. Or should I admit I did not actually find it, rather it was sent to me by an acquaintance. I am referring to elementaryOS. 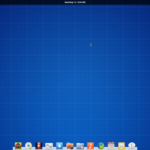 It was actually sent to me some time ago when the build was still in Beta 1. I tested it within days of its arrival. And when I received word that elementaryOS had now reached Beta 2, I thought it was time to revisit and spend some time with the new build and see what’s new, what’s changed and what has been improved.

According to elementaryos.org, there has been 300+ bugs fixed since Beta 1. Some of the big improvements mentioned are better support for international users with added languages and fonts. There’s better functionality for users with multiple displays. There has been a strong focus within the development team for visual improvements all around. Midori Web Browser has been updated along with the increasingly popular email client, Geary. 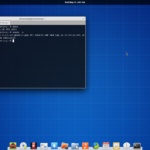 And there has been some improvements and additions to the settings GUI, Switchboard. 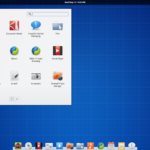 elementaryOS stands high above all other operating systems in the aesthetic stakes. It’s simply beautiful to look at and equally impressive to use. The attention to detail for the overall appearance is truly a treat for your eyes. Everywhere you look on the desktop and in applications, it’s a real delight. You never seem to get sick of just ogling around the desktop and admiring the view. 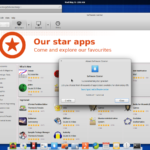 As mentioned above, elementaryOS is a delight to use. elementaryOS uses the Pantheon Desktop Shell. I just love it. Everything is kept simple and easy. Yet you still get the feeling that there’s real Linux power underneath it all ready to be unleashed when needed. Everything you need is right at your finger tips. 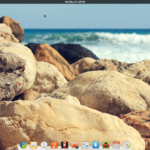 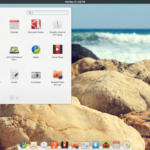 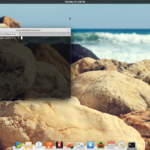 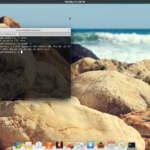 So what makes up elementaryOS? It runs a Ubuntu based core. And uses APT/DEB package management. I must admit, the developers have done an awesome job of re-branding the whole desktop. There’s almost no references left that suggests anything of Ubuntu. It does have Software Center and Update Manager and other components built-in, but all traces of Ubuntu branding have been removed with attention to the finer details. I scoured through some of the verbose information in the terminal, yet I still could not find any Ubuntu references. Developers have done a fine job and elementaryOS deserves the name it takes as it’s rightfully no longer Ubuntu. 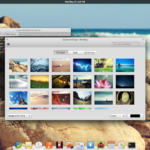 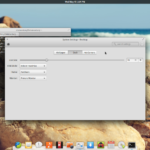 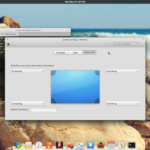 I particularly like the KDE type functionality in Pantheon File Manager. Usually, GNOME based graphical file managers have the regular double-click to open functionality with directory folders. But KDE uses a one-click approach. Pantheon has implemented the KDE way of one-click. I’m a fan of it. And for graphical file management, there’s no easier way to get things done than with just one-click of the mouse.

There’s a slight downside when it comes to the handling of the audio files. There’s no support out-of-the-box for proprietary formats. These must be installed by the user post-install. Being a non-mainstream Linux distribution, I would have thought the developers would take care of this minor annoyance that has plagued Linux users for years. Not to dwell on it, thankfully it’s easily fixed by installing the GStreamer codecs or using something better like VLC Media Player, which I highly recommend you install.

The difference between Beta 1 and 2 is minimal. Most of the changes and improvements have been bug fixes and software version updates. And Beta 2 had a noticeably different wallpaper in comparison. Visually, it’s much of a muchness. And functionality is great on both builds. I did experience a few niggles which I believe still need some attention, which I mention in the next paragraph below. But all minor niggles aside, it’s reasonably solid and I am very excited to see the final gold build. 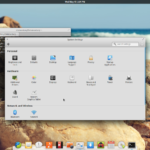 I discovered an annoying BtrFS bug which seemed to affect the Beta 1 and Beta 2 builds. When attempting to mount my drives, I found that on attempting to mount the drives, they quickly disappeared and the system did not seem to recognize they were installed. At first I thought it may have been a lack of support for BtrFS. I installed the btrfs-tools package and quickly found that it was already installed. BtrFS is still under development and I am not sure whether this sort of issue lies with elementaryOS itself or the btrfs-tools package. It was annoying enough for me to launch a bug report to the elementaryOS developers. So I will see what comes out of that and try it again when I am confident that a fix has been applied.

There was another issue which I found a little bothersome. The dock kept vanishing. Again, this was affecting both Beta 1 and Beta 2. When I hover the mouse cursor over the area where the dock should be (or was), I get the little text boxed appear as if the dock is there. Then after a couple of minutes the dock magically appears again for no set reason. I couldn’t find a fix for this issue but I would strongly suggest it’s a graphics driver issue. I tested on a Radeon X1050. I also experienced slight and random slow-downs in the desktop GUI. Again, I’d suggest it’s something to do with the graphics driver. But I only experienced the GUI slow-downs in the Beta 2 build. Beta 1 performed just brilliantly.

elementaryOS is excellent to both look at and use. If it weren’t for the few bugs that I discovered, I would highly consider permanently installing it on to one of my home desktops. It feels so close to being production ready, but not quite. It’s so close to being ready to cross the finish line that you feel like you should jump on board with the developers and give them a hand because it deserves to cross that line. But I have every confidence that the developers will fix the bugs, clean the final code and declare it gold when it is ready. I am excited and I will be first in line when that day comes. Hopefully sooner rather than later.

Since this article was published, Unixmen has received confirmation that my graphics issues are a problem with the AMD graphics drivers and beyond the control of the elementaryOS developers. We have been told it’s an issue which will affect owners of older generation cards such as the one used for this test. Owners of newer generation cards (NVIDIA and AMD) should not have any problems.