Disk full is one of the big trouble for us. No matter how we’re careful, sometimes we might copy the same file to multiple locations, or download the same file twice unknowingly. Therefore, sooner or later we will end up with disk full error message, which is worst when we really need some space to store important data. If you believe your system has multiple duplicate files, then dupeGuru might help you.

For those who don’t know about dupeGuru, It is a free, open source, cross-platform application that can used to find and remove the duplicate files in your system. It will run under Linux, Windows, and Mac OS X platforms. It uses a quick fuzzy matching algorithm to find the duplicate files in minutes. Also, you can tweak dupeGuru to find exactly what kind of duplicate files you want to, and eliminate what kind of files from deletion. It supports English, French, German, Chinese (Simplified), Czech, Italian, Armenian, Russian, Ukrainian, Brazilian, and Vietnamese.

dupeGuru developers have created a Ubuntu PPA to ease the installation. To install dupeGuru, enter the following commands one by one in your Terminal.

Usage is very simple. Launch dupeGuru either from Unity Dash or Menu. 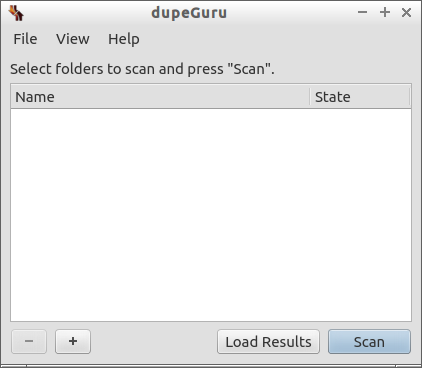 Click + button on the bottom, and add the folder you want to scan. Click Scan button to start finding the duplicate files. 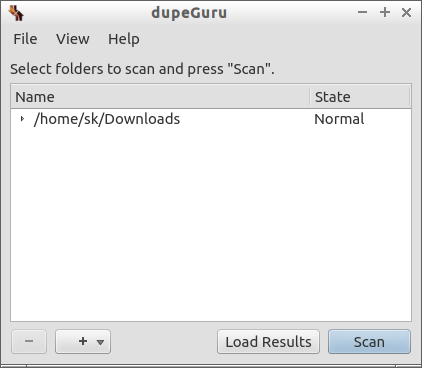 If the selected folder contains any duplicate files, it will display them. As you in the below screen shot, I have a duplicate file in the Downloads directory. 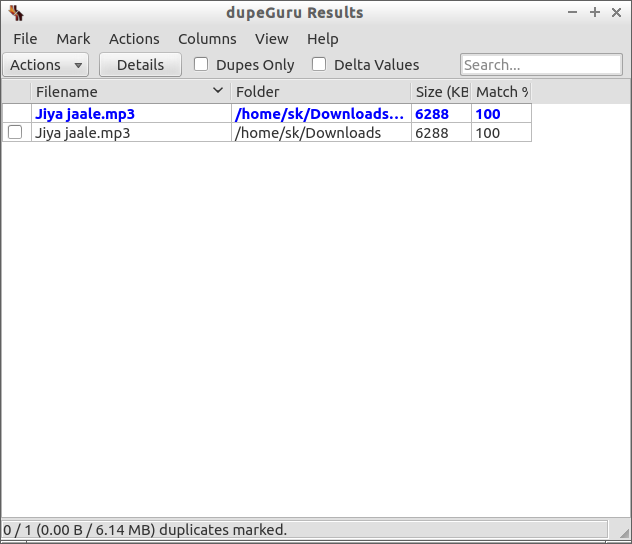 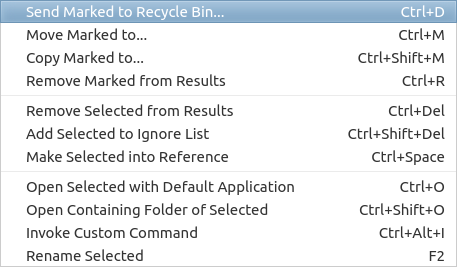 dupeGuru Music Edition or dupeGuru ME in short, is just like dupeGuru. It does everything dupeGuru does, but it has more information columns (such as bitrate, duration, tags, etc..) and more scan types (filename with fields, tags and audio content). Like dupeGuru, dupeGuru ME also runs on Linux, Windows, and Mac OS X.

Now, we don’t have to add any PPA, because already the added in the previous steps. So, enter the following command to install from your Terminal.

Launch it either from Unity dash or Menu. The usage, interface, and look of dupeGuru ME is similar to normal dupeGuru. Add the folder you to scan and select the action you want to perform. The duplicate music files will be deleted. 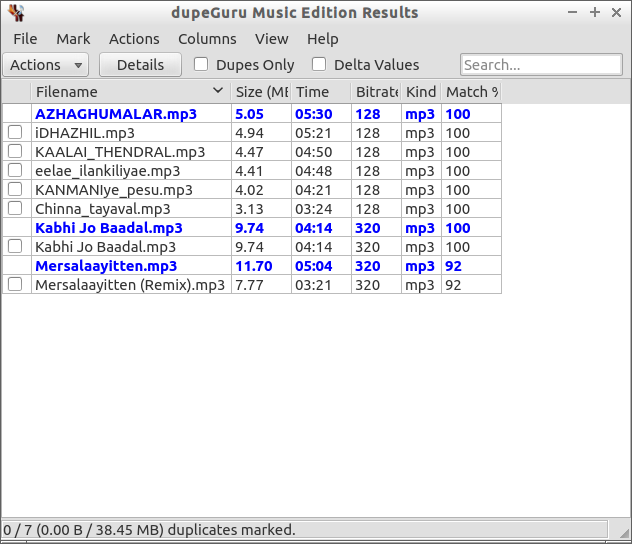 As we have already added the PPA, We don’t need to add PPA for dupeGuru either. Just, run the following command to install it.

It’s also look like dupeGuru, and dupeGuru ME in terms of usage, interface, and look.I wonder why the developer have created there separate versions for each category. It would be better, a single application has all of the above three features combined.

Launch it, add the folder you want to scan, and select the action you want to perform. That’s it. you duplicated files will be gone. 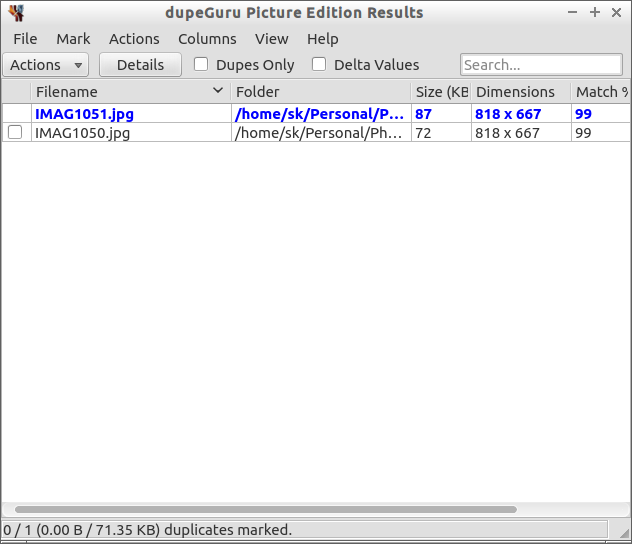 If you can’t remove them in case of any security problems, note down the location of the files, and manually delete them either from Terminal or File manager.