Just short of two weeks after the big release of Ubuntu 13.04 ‘Raring Ringtail’, I had Debian 7.0 ‘Wheezy’ arrive on my desk for testing. I have a huge amount of respect for Debian, as do most other Linux users. It’s been around since the very beginnings of the Linux revolution in 1993, just short of 20 years. And it’s contributions to GNU, Free and Open-Source Software (FOSS) and Linux over its many years make Debian one of the real-true grandfathers of Linux and is most probably the most respected Linux operating systems to date.

When a Debian release is declared stable, it’s very exciting. Debian can be used for many different purposes. Hence it’s own tag-line ‘The Universal Operating System’. It can be run as a server, a desktop system or be used as a core for other distributions to base their own operating system. Ubuntu is at its heart still Debian based. Although one might question how much the Ubuntu Developers have to do with Debian Developers these days.

So How Does it Perform?

I usually like to test operating systems in a physical environment. This is made easier by most Linux distributions providing a Live CD which can be used to test out the operating system prior to installation. Debian is much more traditional and the Live CD for Debian releases are a little behind that of the official build. At the time of testing, there was a Debian 7.0 Live CD available for download, but it was only the Release Candidate 1 build. And I did not feel it was true and honest the Debian to provide my views and review on the basis of my experience with the RC1 build. So I stuck with the RC2 build proper.

I attempted to install Debian 7.0 on physical hardware but was quickly halted by the Debian Installer, advising me that wifi adapter was proprietary and required a non-free driver to function. If I had a little more time for my review, I would have downloaded the correct driver for my wifi adapter and continued. But prompted by time restrictions, I decided to perform my testing a virtual environment using Oracle VM VirtualBox.

Booting Debian 7.0 was the usual tedious task of any operating system. Everything worked and installed as it should and intended. I opted to use the text-based installer, but there is also a graphical based installer for the users that prefer the point and click method.

I did some testing with the graphical installer and it is very fast. And although my experience with the graphical installer was brief, I experienced no issues there. Debian 7.0 has now switched to ext4 filesystem by default. Of course, all of the other usual filesystem options are all still there if you prefer ext3 or any other filesystem. But for the sake of testing, I just stuck with ext4.

Once installation was complete, it was time to boot in to this system and see what the new Debian release could provide.

Debian 7.0 has moved to a GNOME 3 based graphical environment. And it’s a good move. I never thought I would see the day where I am saying this, but GNOME 3 has now become the normal expected environment for any GNOME targeted distribution. And I firmly believe any operating system that insists that GNOME 2 still has a place, is living in the past. GNOME 2 was a golden age of Linux desktop computing, I agree. But it’s time to move on and accept that GNOME 2 is no more and GNOME 3 is definitely the future direction for GNOME and its based desktops. And it is very good to see that Debian has accepted the fact by opting for GNOME 3.

The login prompt provides the user with the option of booting to GNOME Shell (Default) or GNOME Classic (Fallback Mode). Some GNOME distributions blatantly hide the option to boot directly to Classic/Fallback Mode. Ubuntu 13.04 GNOME does not even have the Fallback mode package installed, instead requiring the user to manually install the gnome-session-fallback package before being able to log in to a GNOME Classic/Fallback session. Most other distribution are much the same, forcing the user to boot in to GNOME Shell and switching to Fallback Mode from within the Shell environment itself. It is great to see Debian cut out all that rubbish and give the user the choice from the very beginning. Because that’s exactly the way it should be with any GNOME 3 system.

As mentioned, I only tested Debian 7.0 in a virtual environment so I was unable to try out GNOME Shell, due to the graphical limitations of a virtual system. I only used GNOME Classic login option. I can only assume the GNOME Shell is your bog standard Shell experience, because that is exactly what the Classic experience is.

The desktop is clean, neat and nothing fancy. True to the Debian way of doing things. If you’ve used Debian in the past, then the bare experience is probably exactly what you are expecting. To the seasoned users of more feature-packed distributions on the market, it might be a shock to the system when you click on Applications and find there is next to nothing installed.

General desktop usage was great. When using a operating system in a virtual environment, you usually experience a slight amount of system lag. This is normal for virtual machines due to the transitional layers between the physical hardware and the virtual software implementation of the system. The system lag I experienced in Debian 7.0 was kept at an absolute minimum and was barely noticeable. It certainly run much quicker and more responsive than some other operating systems when running in a virtual machine.

There’s plenty of technical goodness to sink your fingers in to with Debian 7.0. Albeit, users have to understand that Debian is all about stability and not bleeding edge versions of all its packages. You may find that packages are not as updated as what you might find with Ubuntu and Fedora releases, but everything is solid, stable and perfect. Just as the Debian Developers aim for. It’s definitely stable.

Debian is a hard beast to rate, It really depends on what you plan to do with it as to how it performs. Therefore the end-user experience will vary. I recommend that you try it for yourself and see if it suits your needs. As mentioned, out-of-the-box it’s all bare essentials everywhere you look. It’s even up to the user to update the APT source file with the repositories of their choice. Otherwise, you will not be able to install anything as it ships with only the Debian updates repository enabled.

Debian 7.0 has an uncanny ability to feel raw yet ready, stable, polished and perfect all at the same time. Of all the different varieties of Linux (and Unix) distributions that I have tested over the years, only Debian has the ability to give this impression. Being just short of 20 years in existence, Debian deserves respect. And Debian 7.0 ‘Wheezy’ earns its respect in all the right ways.

In the next few days, we’ll show you how to get your Debian system ready for the desktop and what we recommend you install to get you rolling in minimal time. 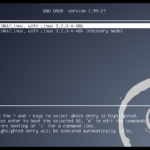 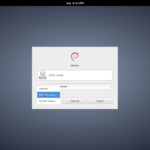 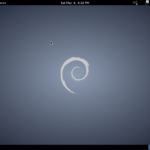 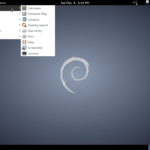 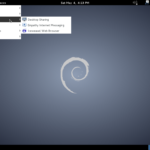 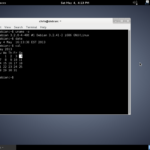 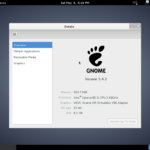