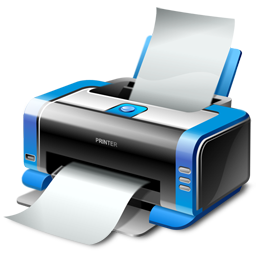 We Linux users have been using CUPS for a long time now, and although some replacing works have already begun for obvious reasons, CUPS is still a very important and useful tool for every one of us.

What’s new in this release?

– Added a new Japanese localization (STR #4122)
– The SNMP backend no longer exits if it is unable to obtain an IPv6
socket (STR #4109)
– The LPD backend incorrectly used “localhost” in the control file
instead of the current hostname.

– Documentation updates (STR #3927, STR #3980, STR #4010, STR #4068)
– The scheduler now consolidates all PPD updates from filters at the
end of the job (STR #4075)
– CUPS now supports color management using colord (STR #3808)
– CUPS now supports Bonjour using Avahi (STR #3066)
– The PreserveJobFiles and PreserveJobHistory directives now support
specification of a time interval (STR #3143)
– PPD files can now be archived in (gzip’d) tar files to further reduce
the disk space used by PPD files (STR #3772)
– The network backends now deal with printers that report their levels
in percent but do not specify a maximum capacity of 100 (STR #3551)
– The network backends now report full/almost-full waste bins in
printers along with end-of-life for cleaning pads (STR #4017)
– Added a configure option to set the permissions of the installed
cupsd (STR #3459)
– Added a new WITH-ALL-VALUES directive to ipptool EXPECT predicates
(STR #3949)
– CUPS now supports a User directive in client.conf and the CUPS_USER
environment variable for overriding the default username (STR #3114)
– Now set the PJL USERNAME variable as needed (STR #3100)
– Added support for usernames and passwords longer than 32 characters
(STR #2856)
– Added a new MaxHoldTime directive to automatically cancel jobs that
have been held indefinitely after a specific number of seconds
(STR #2291)
– The LPD backend now uses the originating host name when it is not the
local system (STR #2053)
– CUPS now prefers the suffix “dpcm” when reporting resolution in dots-
per-centimeter (STR #4006)
– The configure script and build system no longer support building of
separate 32-bit and 64-bit libraries.
– The “brightness”, “columns”, “fitplot”, “gamma”, “hue”,
“natural-scaling”, “penwidth”, “position”, “ppi”, “saturation”, and
“scaling” options are not longer supported (STR #4010)
– The “page-bottom”, “page-left”, “page-right”, “page-top”,
“prettyprint”, and “wrap” options have been deprecated (STR #4010)
– The scheduler now reports the standard “number-of-documents” attribute
instead of the CUPS-specific “document-count” attribute in
job objects.
– Added new destination connection and enumeration functions (STR #3924)
– Added new option, localization, and job submission functions that do
not depend on PPD files (STR #3925)
– Added a new MaxJobTime directive for cupsd that specifies the maximum
amount of time allowed for a job to complete before it is canceled.
– The default password callback now supports passwords up to 127
characters.
– The scheduler now supports a DefaultAuthType of “auto” to
automatically choose between Basic (username/password) and Negotiate
(Kerberos) authentication.
– cupsSideChannelSNMPGet/Walk now support OIDs and values up to 64k in
length.
– CUPS no longer supports automatic remote printers or implicit classes
via the CUPS, LDAP, or SLP protocols (STR #3922, STR #3923)
– The PPD APIs are now deprecated and will be removed in a future
version of CUPS (STR #3927)
– The default IPP version for requests is now 2.0 (STR #3929)
– The IPP APIs no longer expose the ipp_t or ipp_attribute_t structures
and instead provide accessor functions (STR #3928)
– The scheduler will no longer run programs with group write permission.
– The PHP module has been removed (STR #3932)
– The bannertops, commandtoescpx, commandtopclx, imagetops,
imagetoraster, pdftops, rastertoescpx, rastertopclx, and texttops
filters have been removed (STR #3930)
– The serial and parallel backends have been removed (STR 3935)

CUPS currently offers drivers for 1249 printers and you can search yours to see if any drivers are available.

As this is a stable version I suggest the update to everyone, but keep in mind that the first bugfix releases will come out in 6-8 weeks.