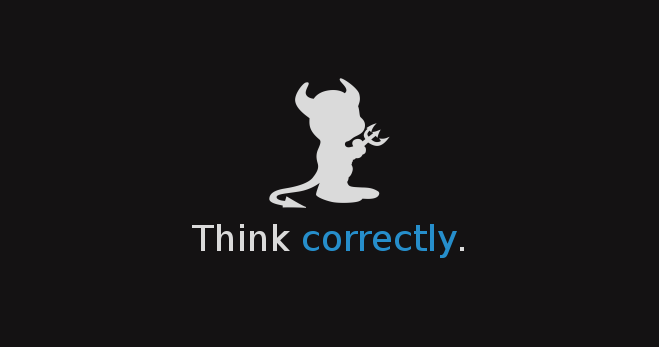 There is an old saying that the only safe computer is one that’s disconnected from the network, turned off, and locked in an underground bunker and even then you can’t be sure!

Since most of us can’t afford to keep our servers in an underground bunker, the least little thing that could have been done in order to keep their threat exposure at rock-bottom is protecting them by running a combination of a firewall and an intrusion prevention system or IPS (a.k.a intrusion detection and prevention systems or IDPS). Surely, that alone proved insufficient and other security measures and best practices should also be considered.

This blog post covers setting up a basic secure and stateful IPFW firewall on FreeBSD along with Sshguard by iXsystems Inc as intrusion prevention system.

Traditionally FreeBSD has three firewalls built into its base system: PF, IPFW, and IPFILTER, also known as IPF. In my estimation, IPFW would be the natural choice on FreeBSD if we set aside the pros and cons of each. In contrast to the other two, IPFW was originally written for FreeBSD and its main development platform – if we do not count the DragonFly’s fork – is still FreeBSD. This means that the latest features are always available on FreeBSD. On the contrary, this is not true for PF or IPF on FreeBSD. So, that’s why I chose to go with IPFW.

Before I begin, I have to mention that this guide was written for

, and it may not work with older releases. I cannot verify this since all my servers and workstations are either running

at the time of writing. So, you are on your own if you are trying this on an older release.

OK, in order to configure our firewall we have to modify

. First, you should make sure no other firewall is running by looking for

. If you have any of them, you should disable them by either setting their value to

or removing them completely. After that we can enable and configure our IPFW firewall inside

I’m not going verbose except for

which requires explanation. If you would like to play with these options and you are on a SSH session, please be wary of the fact that even the slightest change in the above setup may drop the connection, therefore, close the session and effectively lock you out of the server. For example

alone is enough for such a scenario. So, please take a look at FreeBSD Handbook or /etc/rc.conf man page before any modification in case you are not sure what you’re doing.

By default the above setup blocks all inbound connections on all ports for both TCP and UDP.

is a white-space separated list of TCP ports. So, you have to address a specific port here if you have an obligation to allow inbound TCP connection for that port. You must have noticed by now, instead of specifying port numbers I mentioned them by name in the

list. It’s possible to either use port numbers or address a port by name if a known or standard service uses that specific port.

For example, let’s say you are running

. You can search for the port name which FreeBSD recognizes by looking up the port number inside

. Now, let’s consider another example: You are running a mail server and instead of specifying the port name or protocol you would like to directly use port numbers in

list. So, we do the exact opposite for our outgoing server:

As you can see the equal port numbers are

. Depending on how you did configured your mail server (e.g.

for PLAIN and STARTTLS,

for TLS/SSL) you can pick one or both

As you may have noticed already, I did mixed numbers and names in the

list. That’s because I used a non-default port instead of

for SSH. It is perfectly fine to mix-up numbers and names in the list.

Now it’s time to start the firewall by running the following command:

After starting the firewall you can always check the current rules by using the following command:

Now, you may ask there is one little issue with configuring IPFW through

. This list is TCP only and there is no way to configure UDP ports through

. OK, we address that by extending the default configuration through our own script without touching any files from the base system which is the proper way to do so. If you take a look at

script, I’m sure you’ll figure out how FreeBSD applies

options. So, we adopt the same approach by writing our own script. Therefore, we create and put the following script inside

in the first step:

Then we have to fix its permissions to make it read-only and executable by anyone:

In the end, we have to apply our own configuration for both TCP and UDP ports inside

Then it’s time to restart IPFW firewall and check whether our script did its job properly or not:

are our own extended options. Note that we’ll leave alone

despite the fact that it’s still functional. For the sake of clarity we choose to use our own

and avoid using or mixing it with

. So, from now on we abandon

Last but not least, a recommended best practice is putting a limit on the logging of denials per IP address. This will prevent a single, persistent user to fill up our logs. To do so we should adjust

by issuing the following command:

This adjusts the number of logs per IP to

. In order to make that permanent and apply it on future reboots we should add it to

Do not let the name fool you. Sshguard protects many services out of the box, including but not limited to: OpenSSH, Sendmail, Exim, Dovecot, Cucipop, UW IMAP, vsftpd, ProFTPD, Pure-FTPd and FreeBSD ftpd.

since we just setup up an IPFW firewall. To install Sshguard for IPFW from Ports collection:

Or if you are using pkgng instead of Ports:

Finally, to enable Sshguard for a typical usage we have to modify our

But, Sshguard on FreeBSD gives you more options to tweak. The valid options are:

Please note that some of the above options directly map to their command line options. So, it won’t do any harm to consult the manual page sshguard(8) for detailed information.

Now, we can test our setup from another machine with different IP to see if it works. I did tried it without any luck. Unfortunately, it did not worked as expected since IPFW runs a first-match-win policy. This is due to the fact that the rules generated by Sshguard has lower priority than the ones generated by our script that we wrote earlier. According to the official documentation of Sshguard, it adds blocking rules with IDs from 55000 to 55050 by default:

So we have to modify our own script to adapt to the new situation:

as a way to control the ID assignment of the rules. Now our final configuration for IPFW + Sshguard looks like this one:

After making the final modification we have to restart IPFW once more and check out the rules:

From now on, our rules IDs for ports specified in both

Ultimately, at anytime you can check the blocked IP’s by issuing the following command:

Or directly checking the blacklist file:

If you or some other host get banned, you can wait to get unbanned automatically or use the following set of instructions:

First check if you are banned by Sshguard:

If the answer is positive, the are two more steps that you should take to get unbanned. First you have to remove the host from Sshguard blacklist database, e.g.

if you are using the default option. Let’s say we would like to unblock the penultimate IP in the following database which is

The next step involves removing the related rule from IPFW:

Or simply delete the rule using its ID:

Thank You For Your Attention .