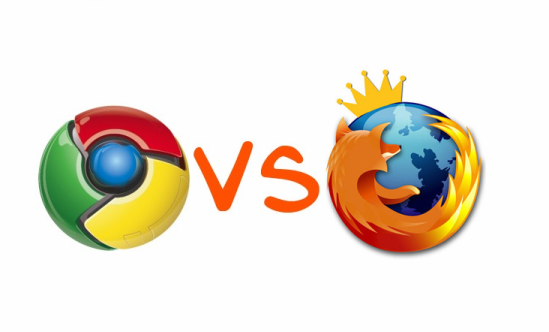 According to the independent web analytics firm, StatCounter Chrome has excelled as the world most popular browser  with the highest browser usage share for the month of May 2012. But does that apply to Linux platform too? Is Chrome the best browser for Linux? The post compares the widely popular Mozilla Firefox browser version 4 with relatively new Google’s Chrome version 16, distinctly for Ubuntu!

Mozilla Firefox comes by default on Linux based distributions such as Ubuntu, Linux Mint, Fedora etc. Naturally Ubuntu users opt for open source softwares. Technically, Opposed to Mozilla Firefox, Google’s Chrome is closed source; that makes Ubuntu users  favour Firefox than Chrome, and that is understandable. Chromium, on the other hand is open source basis of Chrome. But unfortunately it lacks some key features like default PDF plug-in for viewing PDF files in the browser and Flash support. Ubuntu users, primarily supporters of open community also tend to have grudges towards Google, who is alleged to collect and aggregate data of Internet users that is later used by marketing agencies and by  Google itself to increase the efficiency of its own marketing/advertising activities. Of course, many detest the fact of having their data sold for advertisement.
But apart from that, Firefox outshines Chrome on Ubuntu machine for feature, stability and security. Now let’s investigate further, why Firefox remains dominant in the Ubuntu/ Linux sphere.

Customisation remains one of the central features when comparing the two browsers. As obvious, open source software users look for freedom, freedom in everything and specially in customisation. Though Firefox has chromised itself delivering a minimal interface thanks to it’s amazing potential of customisation that it can be completely personalised. Chrome on the Other hand does not even provide half of the tools for customisation. Chrome does not offer layout customization options like Firefox. Firefox’s interface is also subject to CSS styling, which allows the user to completely customize each element’s appearance and placement! With firefox you can adjust the interface and adapt to your personal requirements: re-arrange, organize, add or remove buttons or fields to change your browsing experience however you want. Many users  also find the inability to adjust the font size in tabs frustrating in Chrome.  This can be a notable factor when your contender gives limitless options for customisation. Chrome also has poor rendering when it comes to Indic fonts.

Firefox yet again outshines Chrome on Ubuntu machine in startup time. Mozilla has significantly worked on making the browser swift and snappy in its newer releases and it shows evidently. Firefox however lags behind with a very less margin when it comes to page loading time. Chrome is slightly fast than Firefox owing to its minimal code base.
Firefox was alleged for intensive memory usage, but new releases make memory usage efficient down to 50%. When released, Chrome was intended to be a light weight browser but with the course of time it is becoming notorious for memory hogging. This is because Chrome launches a new process for every web page which makes it heavy on system resources.
stability is where, Firefox clearly unseats chrome. As much as Chrome is stable on Windows platform, it is weak and unstable on Linux platform. Very often does chrome become unstable and crashes. Though owing to its intelligent tab management one or two tabs crash without affecting the whole browser. But having several tabs down for unknown reasons can also be a pain in neck. Plug-ins also happen to cash very often in Chrome.Chrome mishandles SSL certificate causing annoyance very frequently.

Firefox wins when it comes to compatibility with Java, Flash, WebGL. Because Firefox renders Flash better, YouTube is much more enjoyable on Firefox. However, Chrome renders HTML 5 and JavaScript better than Firefox ( after all its being funded by the Silicon Valley giant not by a handful of volunteers)  Both Firefox and Chrome are at par when it comes to compatibility with DOM and CSS. In contrast to Chrome for Windows, chrome for Ubuntu significantly falls short.

Firefox wins here with a great margin. When it comes to features Firefox is feature packed ! With features such as Pin as App Tabs, One button Menu, no track, addons, Personas, App Tabs to create mini bookmarks, group opened tabs etc.. Chrome has some nice feature set but it is far far behind Firefox.

Chrome and Firefox both employ anti-malware tools for secure browsing. both Firefox and Chrome give security warnings when you visit a risky website and instigate your antivirus to run and scan the file downloaded. besides this Firefox is aided with plenty of add ons to further improve security, such as NoScript. Firefox has the best pop-up blocker. Firefox also has one of the most efficient  anti-phishing feature. Last but no the leastt Firefox has a safe mode to recover from unexpected shut downs. Chrome too, restores your last session recovering from unexpected failures but not very often on Ubuntu like on Windows.

Talking about privacy, Google Chrome has obvious concerns of data tracking and selling. Firefox in contrast, ensures that the data you leave while browsing using the Firefox is kept private. It states on its home page: ” When you browse, you leave a trail of data that potentially contains all sorts of personal information. We believe this info belongs to you and you alone (and least of all to overzealous advertisers), and have built in features to ensure that’s the case.”

For Ubuntu platform, Firefox still leads when it comes to Synchronisation. Chrome is catching up but the system is still buggy and doesn’t work at all at times.
For synchronisation  with mobile devices, Firefox still takes the lead. Firefox on desktop seamlessly Synchronises with your mobile Firefox, bookmarks, tabs open on your desktop Firefox  etc. chrome on the other hand is only available on mobile devices running ICS- not to forget that ICS is only available on handful of Android devices. This limits the scope of Chrome on mobile devices. When synchronisation is possible, it is far lagging as compared to that with Firefox.

The addon system accompanying the Google Chrome has some serious concerns with “actual” developers. Mozilla integrates addon system directly with the browser ( this has some disadvantages though). This gives more liberty for developers when developing extensions .

Developers often complaint that the extension system for Chrome is much more  restrictive in the capabilities in contrast to that of Firefox as chrome owing to limitation of Chrome API exposed to extensions.  For example While development, you might come across a situation where you need to turn JavaScript off for website testing, or empty browser cache. To do this on chrome you have to go to setting of the browser.  While on Firefox you can simply do this with web developer extension, which is as simple as turning on and of a button. By far, Chrome is way way behind Firefox for development. 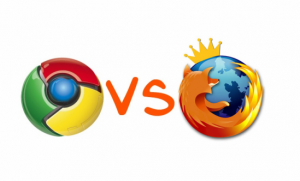 When it comes to Ubuntu, Firefox certainly wins. Even when we evaluate both the browsers irrespective of the OS we find Firefox has an edge over Chrome  as being aided with more features. What browser do you prefer on your Ubuntu machine? Chrome or Firefox?