There are many Chinese consumers who are unable to pay for the cost of a legal copy of MS Windows XP. So now they have an easy (and legal) way out. A clone of Windows that actually runs on Ubuntu!

Known as Ylmf OS, this software can be had for free on their dedicated website. This entire system is built on Ubuntu9.10, and it integrates Wine. Included with it are OpenOffice3.1, Pidgin for messaging facility, Firefox, and CompizConfig.

If you click on the link, you will see that the website is in Chinese, and there is no button that will convert it to English. However, if you go to the download page, you will see links to ISO from where you can download it. Screenshots suggest that the software is also in Chinese. So if you do not understand the language, this version would be pretty useless to you. 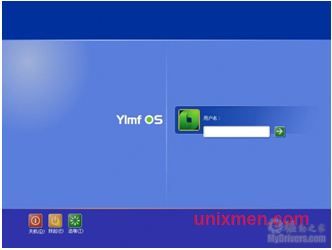 Oddly enough, the Ylmf is not the only hack of Ubuntu that tries to make it look like Windows. What makes me wonder is that why would Linux fans want to use a Windows clone, since many of them are hostile towards Microsoft. Emulating Windows using open source technology means that people actually want to use Windows, but do not use it due to monetary reasons.

Shipping an operating system that looks like another one might be considered unethical by some. Is it an ethical issue? Keep in mind that when it is open source, the users can change it in any way they like. But then, mimicking another operating system might be grounds for a copyright lawsuit.

Anyway, such technologies are not very promising, and they croak very soon.

This clone of Windows might have caused problems in other countries, but it doesn’t look like a lot will happen in China, since majority of the population is already using pirated versions of Windows. 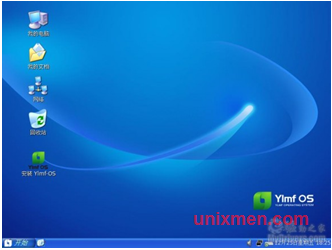 The Chinese government might be able to do something about random acts of hacking, regarding products that are protected by copyrights, patents, and trademarks. In the U.S., legal reverse engineering is acceptable, but you cannot completely mimic a patented product. This is especially true then pirates copy the exact style and design of the product. This reflects their aim to affect the sales of the legal owner of the product.

Well I haven’t used it, but from what I have read about it, it seems that it is going to be more stable, safer, and less vulnerable to malware than actual Windows.

And it looks exactly like XP, so if you fancy working on Ubuntu that looks like Windows (in Chinese), you are free to try it.

If you are curious enough, you can download the operating system just to try it out, though I’m not too crazy about this hack. It works exactly like Chinese Windows XP would work. I don’t know if they will hack it to create an English version as well and if Microsoft would like it or not.