Chakra GNU/Linux 2012.05 was released yesterday featuring KDE 4.8.3, GCC 4.7, glibc 2.15, QT 4.8.1, Linux kernel 3.2.8 and the latest Nvidia and Catalyst drivers. For those of you who don’t know why Chakra is considered one of the hottest distributions right now I can tell you two things: 1.) Latest but stable 2.) Maybe the best KDE implementation found on free of charge distributions. 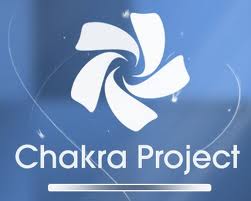 Chakra is based on Arch Linux and this can only be positive as Arch has maybe the best team of packagers in the Linux world, providing the very latest of all software categories to their users. You can check out this webpage to see the available versions of your favorite applications as you will find them in the Chakra Linux repositories.

Before rushing to say that “latest” compromises stability, think about the update policy of this particular distribution. Chakra is a rolling release distribution that means you will only have to install it once and then just upgrade and update everything every now and then. The core system packages that you will get after installation will be updated rarely and only for security reasons. These packages will be updated to newer major versions twice a year and only after a thorough testing has finished and are considered safe to upgrade. All the other applications that you use in your daily life (browsers, games, office tools etc) will be updated constantly following the latest release available. So, you end up with a stable system where you can run the latest software available. Isn’t that great for the desktop user? 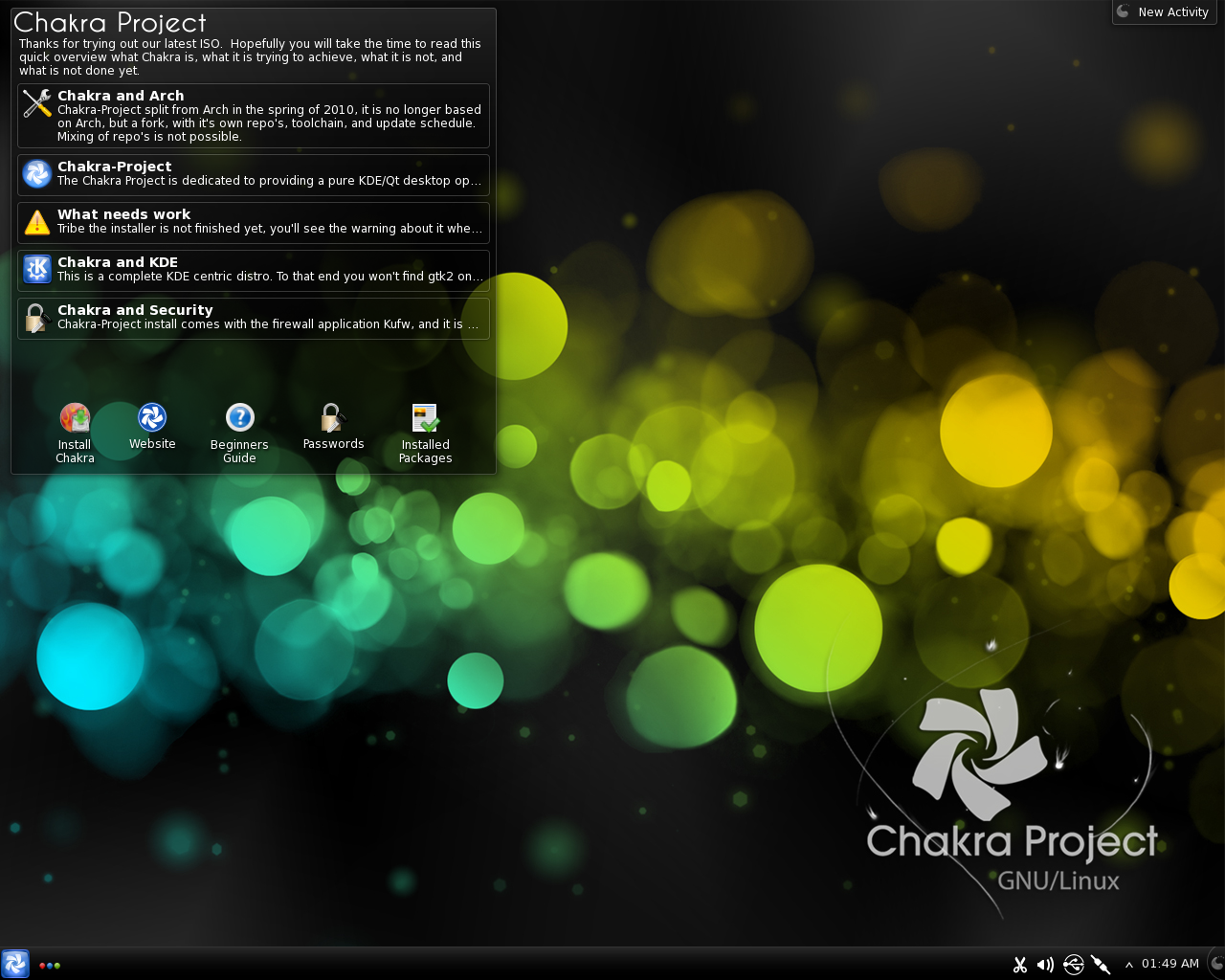 The KDE experience found on Chakra GNU/Linux is the best available. Chakra started as an Arch Linux live cd with KDE, but it is now an independent effort. I will not start analyzing what is good about KDE and why use it. It is as simple as that: If you like KDE, or never tried it and want to see how it works then you should definitely give Chakra a try. If you don’t like KDE then you should stay away from this distribution cause it will only cause trouble and frustration to you. I must warn everyone that Chakra is a completely GTK free distribution, and you’ll only get to work with things that use QT. Think about it. This is neither simple nor shallow for the prospective user.

This release comes with many updates on the “base packages” sector, but also some non-userfriendly developments. As the developers of the project explained, there was a problem with the present package management system that couldn’t handle complex updates properly. As a result, the GUI was dropped and till a new one is built you’ll have to work your way through the terminal to install new packages and update your system. Because of that, I think this is the best timing for someone to start using Chakra and learn the way things work under the hood. 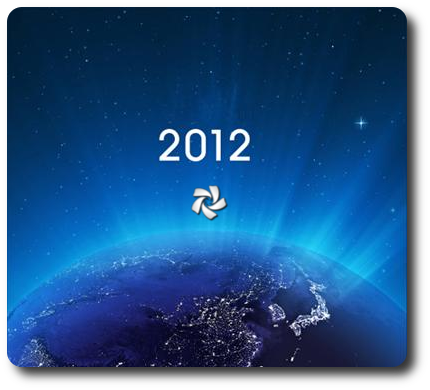 Chakra is offering a DVD and a CD version. The CD version gets you to a minimal working KDE desktop, with only a text-editor, file-manager, web-browser and a simple media player installed, no further apps, no language packs. The DVD version includes all the language packs, most of standard KDE apps, the all new calligra 2.4.0 has replaced libre-office, amarok, kde-telepathy, spideroak , printer support, minitube, k3b to name a few.