Continuing our BSD summer interviews, we introduce today a very interesting interview with Kris Moore, the founder and current leader of development of the desktop user-friendly PC-BSD project. Enjoy!

As the founder of PC-BSD, what can you tell us about your decision to start this project? How did you get involved with BSD systems, and what drove you into creating one? 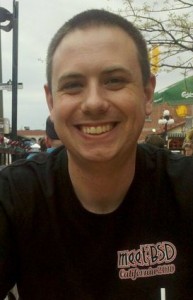 I first ran into FreeBSD back in the mid nineties, when I started working at a local dial-up ISP. At the time it was my first experience with any *nix related system, and I can still recall how exciting it was to be able to log in remotely and run “pine” for this new thing called “E-Mail”.

I decided to create PC-BSD in early 2005, after running various Linux desktops, and continually having problems with them. In particular what drove me was how package management was performed in all open-source desktops at the time, with the idea that every package is a part of your “base-system”, and an upgrade of one thing could trigger a chain of dependencies causing numerous other things to be touched as well. This felt WAY too familiar, especially after coming off the years of “DLL Hell” in Windows desktops and the problems that caused. Instead I wanted to implement a “clean” package system, which kept the applications separated away from the core desktop, reducing the potential for “Libary Hell” and dependency related issues. Thus the PBI (Push Button Installer) package format was born and desiring to build upon a stable API and base-system, FreeBSD was the logical choice.

What is your current role in PC-BSD?

I’m currently the project director, and lead developer of the system.

Why did you choose Free-BSD as the basis for your system?

I was already somewhat familiar with FreeBSD, but the real deciding factor was trying to find a stable “base OS” for the PBI software, something with a very stable ABI, allowing applications to run on current and future versions. Add in the rock-solid stability, security and it was an easy decision.

What goodies from Free-BSD can be found on PC-BSD? Are all the innovative security tools of Free-BSD available on PC-BSD too?

PC-BSD is 100% FreeBSD under the hood, not a fork, which means all the features of FreeBSD, such as ZFS, PF and others are also available. Over the years we have added various graphical “front-ends” to these features, such as a firewall manager, ZFS installation wizards and more. At this point users wanting to install with ZFS will find the PC-BSD graphical installer the easiest and fastest way to go.

I found the installer and the AppCafe very user-friendly. What else is there making user’s life easier, while also confirming PC-BSD’s desktop aiming?

In addition to the easy Installer and AppCafe, we also include graphical utilities for managing wired/wireless networking, system updates, firewall, and others. Coming in 9.1 is also a revamped FreeBSD “Jail” management utility called the “Warden”. It will allow users to easily create and manage sandboxed servers, including linux servers, in a secure FreeBSD jail. 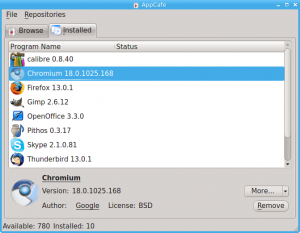 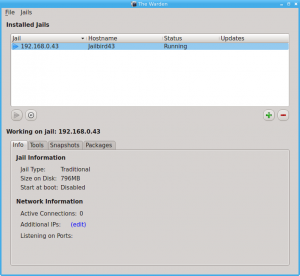 Ubuntu is considered to be the most user-friendly and most well-supported free operating system out there. Why would one choose PC-BSD instead of Ubuntu?

It depends upon the needs and desires of the individual user. At first glance both projects offer many of the same applications, such as firefox, chrome, openoffice, etc. But when we dig a bit deeper, the differences begin to stand out. For instance if the user wants to run on a truly next-generation, enterprise tested file-system, we can offer ZFS out of box. If the user is looking for a leading industry standard firewall, then the included “pf” firewall is an important factor. If the user wants a simple package management system, which eliminates the dependency issue, and ensure that applications can’t and won’t corrupt your working desktop, then we can offer the PBI system. If the user wants to run web-facing services, in a secure and fast non-virtualized environment, then the jail system has a lot to offer.

For a desktop OS, apart from user-friendliness and user-support, it is also important to offer as better hardware and software compatibility as possible. How are you doing on this sector?

With each release the PC-BSD continues to add new hardware support for a variety of devices, such as networking and video. We include out of box native NVIDIA drivers, and in 9.1 have updated Intel video support as well. More wireless devices are being added, which makes the challenge of finding hardware easier and easier. In 9.1 we also include a new “System Checker”, available on the first install screen. This utility will quickly test your system, confirming that drivers are available and working for your particular hardware.

Although using PC-BSD was generally a relaxed and nice experience for me, I was kind of disappointed by the use of GNOME 2 in your latest version. Is this a decision of yours for usability purposes, or are you planning to port GNOME 3 on the next release?

Gnome 3 support will be eventually included, but we will continue to offer a “Gnome2” experience as well, possibly through the new “Mate” desktop fork. At this current time, the ratio of people asking us to keep Gnome 2 vs Gnome 3 is about 10-1, but as Gnome 3 matures that may change, similar to how the KDE 3 -> 4 transition occurred.

When are we going to see the next release, and what will be the highlights of it?

We are in the process of creating 9.1 BETA1 releases now, with the hope of releasing the final version sometime later this summer. This version includes a brand new system installation experience, that makes setup easier than ever. It includes support for ZFS mirroring, raidz and other features, such as ZFS boot environments (beadm) “out of box”. In addition we have included a revamped jail management utility called the Warden, which supports creating FreeBSD and Linux jails on a secure sandbox. Also of note is improved Intel video driver support and an enhanced display setup wizard. And as usual with our releases, we have improved a lot upon existing utilities, such as the AppCafe, Network Manager and others.

That was very interesting! Thanks Kris!