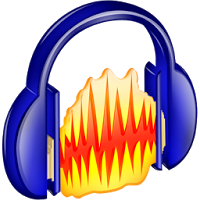 Hello guys, let me inform you about Audacity, the open source audio editing powerhouse which is well known in the Linux community. I have mentioned in my previous articles that everytime I present an app I will give some information about it, so every new Linux user can feel in a very warm and friendly place. Our primary mission is to help new Linux users and make them feel good in the open source world. What is Audacity?

Audacity is a free audio editor and recorder which can be used to record live audio, convert tapes and records into digital recordings or CDs, edit WAV, AIFF, FLAC, MP2, MP3 or Ogg Vorbis sound files and perform many other tasks. You can read about the full features of Audacity software in the list shown below.

To be honest with you, audacity is not only for the Linux platform, it is also available for Windows, Mac OS X, GNU/Linux and other operating systems. A very good reason why you should take in consideration to use this software, is that it is a free software, open source and does the job very well. Another cool  and very helpful thing for non english speakers is the Audacity interface which is translated into many languages.

Are you a podcast producer? Do you plan to do audio editing in the future? If yes, then Audacity is the perfect tool for you. Now that Audacity 2.0.4 has been released you have more features for your daily audio editing and manipulation tasks. Many bugs have been fixed and a new effect called Reverb (based on Freeverb),  replaces GVerb on this release of Audacity.