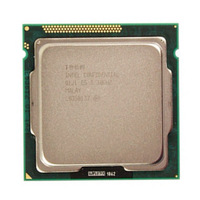 When AMD64 (AMD) and EM64T (Intel) CPU technology was new and ready for the prime market, there was much talk about whether the real-world was ready for 64bit computing in the consumer sector. At the time, 64bit computing had been around in the server sector for quite some time.

Well, it’s now 2013 and we are still talking about whether 64bit computing is ready, as opposed to good old reliable 32bit.

In my observations of the situation, there’s a few things that I would like to point out. 64bit computing is just perfect the way it is. The same goes for 32bit computing, for it’s target market it still serves its purpose well.

When the topic comes up for discussion, as it so often does particularly in the Linux community, there’s a particular theme that is consistent with all views of 32bit. The common theme and question pondered is “Why do we still have 32bit operating systems?”

It’s a perfectly acceptable question as most enthusiast Linux users (and even Windows OS users) run 64bit on their own system. It could probably be declared the default and standard architecture of choice. And the aforementioned question is always fueled even more when a technology company threatens to release X operating system in 64bit only. It leads to discussions of whether 32bit support should be dropped from the Linux kernel and so forth.

32bit, or i3(4,5,6)86 as it’s technically and correctly referred to, still have plenty of life in it yet. It’s generally still maintained for legacy hardware support. Yet there are still some products on the market that solely support 32bit only. My own work laptop runs 32bit Linux Mint 15, whilst my desktop system in the office is 64bit elementaryOS/Ubuntu. But without clear and full support for 32bit architecture, I wouldn’t have been able to recently update my work laptop with a nice updated Linux OS such as Mint 15. Why am I using 32bit? Because that is all that it supports at the hardware level. And this machine is still probably less than 2 years old.

And then there’s my desktop system, which does run 64bit but on an older Intel chipset. My CPU does not contain hardware virtualization support and therefore I am limited to running 32bit only OS’s in VirtualBox. This is not really an issue with virtual machines, because rarely would you allocate them enough memory to warrant running the 64bit version.

So there is a clear and warranted sector of the IT industry that still has a strong thirst for 32bit computing.

Then I get to my last example; My own distribution of Linux that I develop and release through a small organization that I operate. It started out as an i386 only project and then eventually the time came when we had to adapt to supporting 64bit, additionally. And only recently, we have dropped support for the 32bit architecture and remain 64bit only. I personally made this decision and am only now questioning whether I made the correct decision. As I have outlined above, there is still a market for 32bit. Friends have even said that they can’t test or use my distribution due to the fact that they only have support for 32bit, either in a physical or virtual environment. This raises issues with the future of my own project as I now have to decide whether to reinstate support for 32bit architectures.

It’s not about clinging on to the past or keeping dinosaur hardware alive. It’s all rubbish. It’s a simple fact that 32bit is still required and used by many users from all corners of the globe for many different purposes.

If there ever was a war between the two *bit architectures, it’s well and truly still alive and I don’t think it ever ceased.

Let us know in the comments if you still run a 32bit operating system. If so, which one and why?