One of the great advantages of Linux is it has great support for older systems and legacy hardware. This week, we take a look at how Ubuntu 12.04 ‘Precise Pangolin’ runs on an older system running older hardware. I found such a system in my very own office. In fact, the system that I am writing

this article on! I have a PC which is roughly 5 years old. But when you’re referring to the hardware inside, it’s actually much older again. But in its prime years, this hardware would have been considered powerful. But I think it represents a basic system of todays average Linux user. 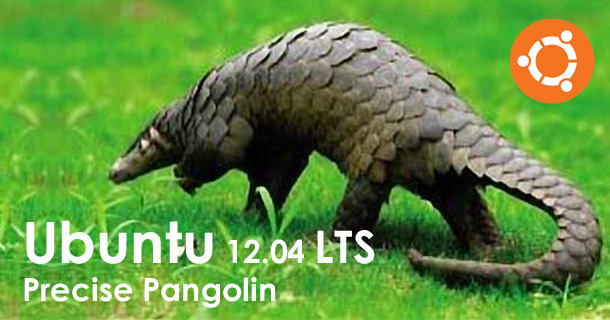 My system comprises of the following specifications:

When I first installed Ubuntu 12.04, I booted into the default Unity interface. It worked quite well and responsiveness was more than acceptable and actually pleasant to work with. And it is definitely faster than previous versions of Unity that you’ll find in current and present version of Ubuntu. But overall, I had no issues worth mentioning.

I installed Gnome Shell and decided to give it a try. I was unsuccessful. Gnome Shell would not work. I was simply presented with rainbow colors across the screen and a non-responsive desktop in which forced me to hit the Reset button on the PC. Clearly, Gnome Shell requires much more powerful graphics hardware than my X1050 to run successfully. Thankfully, Gnome Shell does provide a Classic Mode which is much similar to the old Gnome 2.x interface.

Gnome Classic boots up just fine. I’m not too sure about the appearance of the Ubuntu Radiance theme with it, but when you change the theme to the default Gnome 3 theme, Adwaita, it looks much more appealing and blends everything in nicely to the Gnome Classic interface. Gnome Classic does have a 3D mode option, but I ignored that and opted to only test the 2D mode instead. It runs very nice. And is very similar in operation to the Gnome 2.x interface. Responsiveness was good and apart from the rearrangement of a few menu options etc. any users not happy with Gnome Shell will be pleasantly surprised and happy with the new Gnome Classic.

Unity also has a 2D option, which I decided to give a try. Visually, it looks much like the 3D interface with only a few noticeable differences. But nothing unpleasant to look at visually. Responsiveness was quite disappointing with Unity 2D. And the whole desktop experience felt very clunky. And I don’t think I could accept using it as my everyday desktop interface and environment. Things got obviously bad when moving a window around the screen. The clunkiness and noticeable jerkiness is unacceptable. And it is something that does not seem to be getting the attention it well deserves from the Unity Developers.

I like to use a dual display setup. And have each monitor setup for a specific color mode and purpose. Sadly Unity 3D could not handle running my displays in non-cloned mode. And I was instead forced to run in cloned mode only, which otherwise works fine.

Gnome Classic could handle my dual displays just fine, but that is due to it running in 2D mode. The 3D mode option might have drawn a different conclusion.

But to be fair and respectful to Ubuntu, this issue actually has nothing to do with Ubuntu, Unity or GNOME. But rather is a limitation of my graphics card being forced to use the open – source driver as no propriety driver option is available for the aforementioned graphics card. Due to it being classed as a legacy card.

My usual stable system that I run, Bodhi Linux, runs my displays in cloned mode also. And that is because I choose to run Gnome 2.30.2 and Compiz. When Compiz is disabled, non-cloned mode is again available and works perfectly. This does prove that it is in fact my graphics hardware limiting my options and not the Ubuntu operating system itself.

As an everyday system, Ubuntu 12.04 runs quite well on older hardware. Even in its current development stage. The system installs fast (even using the Live disc), menus open fast, the interface is responsive and general everyday computing tasks are all just fine. I’m an avid gamer also and all the games that I tested on 12.04 run just as well as previous versions. Hard drive read/write times are equal to that of previous versions as expected with using Ext4.

Printer support is a funny thing with Linux as experiences vary on different systems and with different users. My own printer/scanner, Canon PIXMA MP282, works perfectly with my stable Bodhi Linux system, which at its core is just Ubuntu 10.04. I attempted to install the installation packages for both the printer and scanner in 12.04. At first, things looked quite promising. My printer was recognized and the installation of all required packages went smoothly. But after several attempts and different methods, there was no way that I could get my printer to print or my scanner to scan. Cups was installed as was sane, but there was no life. Whether this will change with either a driver update from Canon or changes to 12.04, I don’t know. But in its current state, it simply does not work.

As mentioned earlier in the article. I’m also an avid Linux gamer. I have several gaming peripherals plugged in. At a glance, I have a Logitech USB controller, a Playstation 3 controller and also a Logitech USB joystick. Whilst testing Ubuntu 12.04, all my peripherals were recognized and worked perfectly. So there was no great changes there. And I can happily say that if you’re a Linux gamer like me, Ubuntu 12.04 is well up to the task of providing all your gaming requirements.

I am really looking forward to further updates and bug fixes to Ubuntu 12.04. When it goes gold in April this year, I think it will be a fine release and provide a fast, comfortable and very usable desktop for all kinds of Linux users. I believe Developers, Business users, Casual Users, Gamers and even Beginners will all find something to be excited about with Ubuntu 12.04.

And as far as running it on older hardware goes, I see no fit reason as to why older hardware users can’t be running the latest Ubuntu release as all the critical and most important core functions are all there and working. There will always be a few exceptions of course, but that will always happen across all Linux distributions and across all different version of Linux operating systems.